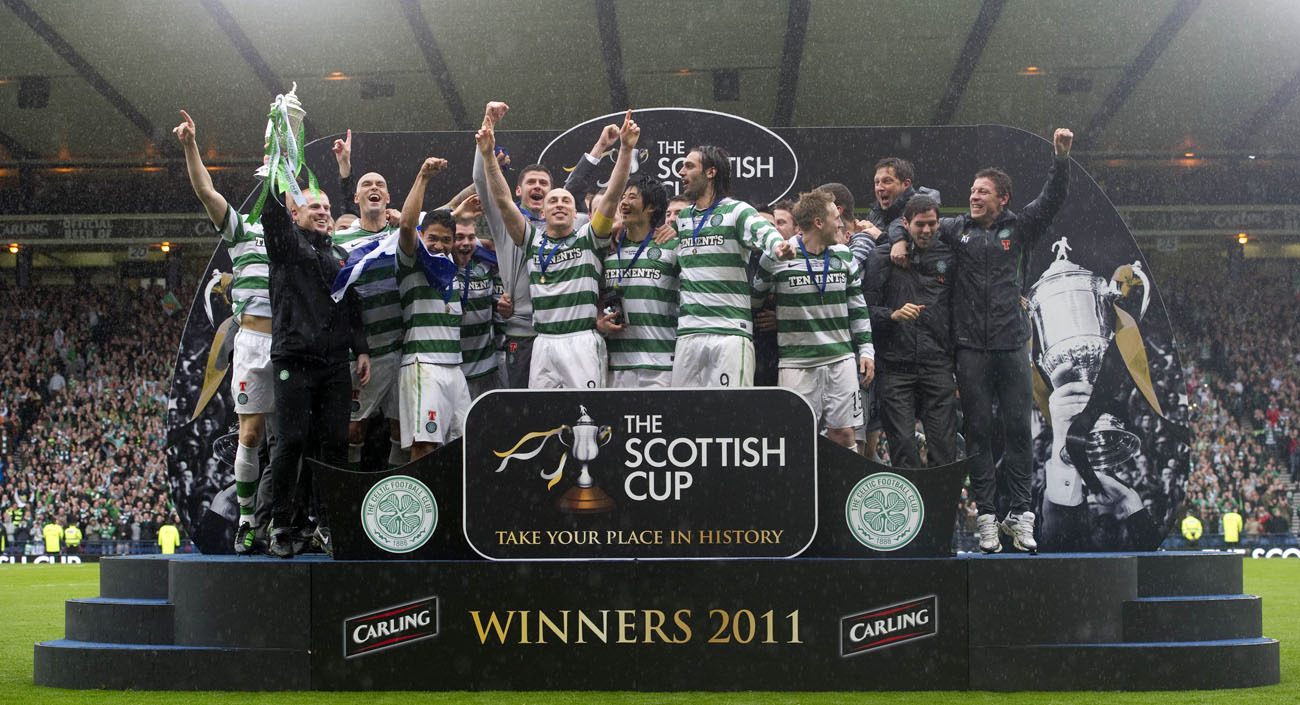 Celtic turned up to Hampden on Saturday with a season to end all seasons sprawled in their wake.  Bombs, Hunskelpings, Death Threats, Political Summits, Victories, Defeats (more of the former rather than the latter, thankfully), Bent Referees (more evidence of which we’d see in the duration of the subsequent match), Bent Reporters, Media Agendas…on and on and on…

E’Gads!  Is there anything Neil Lennon didn’t face this season?  How about Godzilla?  Lex Luthor? Mothra, The Joker, Generic Other Supervillain?  Bring them on, Lenny would smack them all into next week with the same stoic demeanor he dealt with the rest of societies detritus this year, as our enemies marshalled en masse to launch an offensive against all things Celtic.

Take for example Charlie Mulgrew.  Written off by almost everyone at the start of the season as a waste of money.  After a few games he was proving his doubters right.  A series of displays verging on hapless led to such comments as “Unfit for Purpose,” “Not good enough for Celtic,“  being wailed from the stands…and to be fair, at that point they were correct.

If ever a player symbolised the phoenix from the flames, the Spartan spirit of an entire club over this season’s campaign, it’s Chaz Muldini.  Frozen out from the team after Emilio ‘Player of the Year ‘Izziguirre signed, Charlie stepped into the Centre Half position when his team cried out for a helping hand.  And help them he did.  Charlie Mulgrew not only filled in the centre half position, he made it his own with a series of solid, sometimes flamboyant displays.  His passing and touch at the centre of defence was reminiscent of George Connolly at times.  That’s not to say that he didn’t have his bombscare moments.  Of course he did, but his great games outweighed his poor ones by a ratio of ten to one, which is par for the course for any good defender.  After all, Charlie doesn’t have the favour and loving eye of a bent ref to look after him like…oh…lets say…off the top of my head…totally at random of course…Davey Weir?

But enough about the players.

I cannot recall one manager in the game who has had to endure, live through and stare down the spectre of terrorism like Neil Lennon.  The words ‘dignity’, ‘respect’, ‘strength’, ‘pride’ and ‘affection’ do not apply any more intently to any man than they do to Neil Lennon.  Lenny has stood against an army of hating, bigoted, racist imbeciles who have the cheek to call themselves Scotsmen.

Traditionally we Scots stood against the establishment, we were supposed to hate the very idea of Biased, Nepotistic Authority, yet it seems that 99% of the population of “The Best Wee Country In The World” do exactly that when they refuse to stand against the cultural bias that favours Glasgow Rangers.  When the supposedly impartial fourth estate of an entire country is complicit in the deceit that misdirects and lies to an entire nation then one has no other option but to believe that Celtic play under and are a member club of an entirely unjust, biased country and an almost fascist governing body populated by various members of the “Auld Boys” club and ex-employees of the establishment’s favoured team.

After two seasons of the most blatant cheating by officials, after a media onslaught that promoted a terror campaign of nail bombs and death threats, and passed off such ‘trivialities’ as ‘banter’, after losing out to the establishment team by a single point, when Rangers were the beneficiaries of unjust referee calls and every single advantage possible given,  when the governing body let Walter Smith run his team and treat the national game like a footballing version of Pol Pot…for all these things to pass and for Celtic to still win the Scottish Cup…well…to say this was a victory for the side of good over evil is to say that the Allies winning WW2 was a step in the right direction for modern society.

And then there’s the rain…

The rain, despite being a trivial annoyance to a man like Neil Lennon, it was symbolic.  It symbolised the washing away of the flotsam and jetsam of a season that will long be remembered for all the wrong reasons.  It symbolised the cleansing of a support of nearly five years of chaos and unrest.  It symbolised the baptism of a new coaching legend.  Fear not, dear reader, for you will be telling your grandchildren (or great-grandchildren depending on your age) of this day, the day that a brave man stood proud and looked upon his team and support, a support like no other in the world game, and knew, deep in his heart, that they stood beside him, behind him and before him, a green and white wall, strong as steel, tough as iron, ready to take anything the establishment could throw at them.  Celtic has been our Ark this season, Lenny has been our Noah.

As the team held aloft the glittering prize of silver it shone like a beacon of truth.  It sent a message to the watching world, a message that had been spoken decades before by a great movement of people who had suffered the same injustices and intolerances as we have and rose above them to a new dawn for their people…

…It said “We shall overcome”. 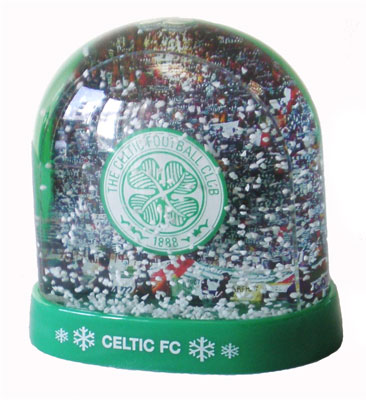