Supporters will be aware of the work the board have been doing to introduce a general malaise around the club.  Following the departure of Neil Lennon the club leaked a number of sub standard candidates to the press to ensure fans became frustrated at the potential managers.  Once Ronny Deila was appointed the club implemented a detailed malaise strategy to ensure we gave him the least chance possible of succeeding.  For those who wonder of the merits in this strategy, the benefit is that should Deila succeed he is patently an excellent manager.

In order to hinder the manager with a strong dietary and fitness regime, the club ensured there were sufficient carbonated drinks available to the players around Lennoxtown.  To enhance the malaise with the support the Celtic board focused only on sales during this summer transfer window to provide the new manager only with the inferior players of last season to make Champions League qualification as challenging as possible.

The above malaise strategy was initially successful in robbing our new manager of much of the goodwill normally associated with our support however when the club got a second chance at Champions League qualification the board knew we would need to work hard at frustrating and irritating the support to further weakening goodwill towards the manager and enhance the general malaise around Celtic Park.  The Clubs strategy to raise hopes on new signings immediately prior to the final qualifier but not get the transfers completed until after it was too late was a great success and we have seen the fruits of our malaise strategy in recent attendances.

Whilst operation Piss Off The Support has succeeded in alienating a sizable number of potential attendees, Celtic patently have a hard core of troublemakers who refuse to be shifted in their positive attitudes towards the team.  The club has been assessing appropriate sanctions to deal with these “contents.”  Their positive input through continued support and fundraising for the Foundation continues to frustrate those at Celtic focused on creating a malaise.  Fortunately the forthcoming Hamilton game at Celtic part offers a perfect opportunity to make the contents realize that the current custodians have no time for those with a positive outlook on Celtic.

This is a fixture that has already caused inconvenience by being moved for Europa League football but we realised there was further action the club could take to impact upon the “contents” and the policies and reasons for the change of kick off time are detailed below.

General Piss Off – This game has already been moved once.  A further change will just irritate

Short Notice – Not only have Celtic altered the kick off time, the club have done it at 8 days notice ensuring those from further afield will have money wasted by arrangements which will cost money to change.

Difficult to get to – The cherry on the cake for this day is that it is the Glasgow 10k and half marathon.  Bringing kick off forward makes transport around the city more challenging

Hundreds/Thousands just won’t be able to go – The 10k and Half marathon are very popular in Glasgow with thousands of Celtic fans attending with associated family and friends going to watch.  It was always tight for these people to attend.  Bringing kick off forward by 2 hours ensures that the hundreds/thousands of participants & viewing family and friends will not be able to make the game.  This will also impact on the quality of atmosphere for those who can go.

Stuffs the Foundation – At the AGM the executive like to trot out the crap about charity being in our DNA.  By bringing the kick off forward by 2 hours Celtic can stuff the efforts of the Foundation.  For weeks the Foundation have been working hard at encouraging participants in 10k and half marathon to raise funds for the Celtic FC Foundation.  The club understand they have been successful in getting many “contents” to run for charity.  By bringing kick off forward we can stick two fingers up at these runners and let them know what we think of the DNA nonsense.

I am sure all supporters will agree that there is no place for “contents” at our club.  Celtic will not allow its general malaise strategy to be derailed by those seeking to enjoy their football and support the manager.  In that regard, the club will shortly be detailing its strategy in relation to doing bugger all about the living wage. 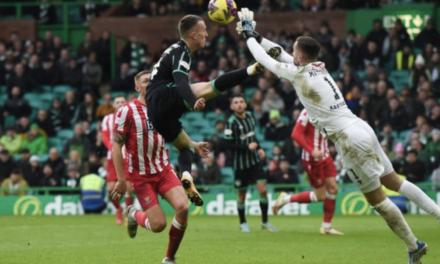 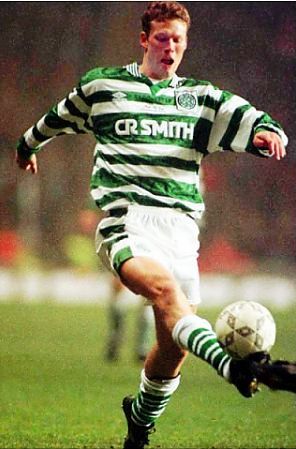