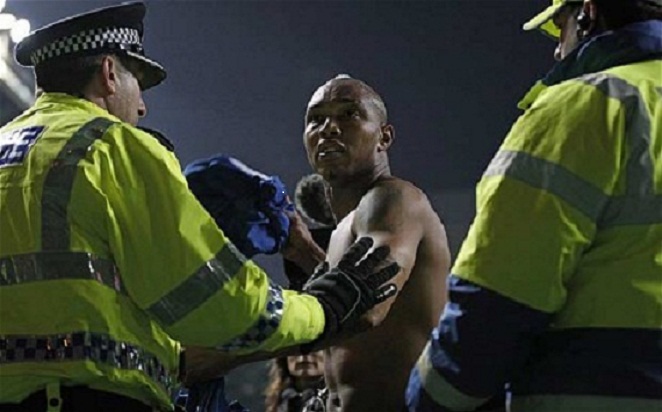 For those of us who grew up watching Celtic in the late ’50’s and early ’60s – that is last century for younger readers – wins over the Dark Side were few and far between, and too often heralded false dawns and scattered dreams.  Even in the great Stein era, we lost games which we should never have lost when comparing the two teams – often in cup finals – and I for one learned never to be over confident when facing the darlings of the establishment, and the satisfaction which comes from beating any Rangers team at any level is to be savoured and never taken for granted. The opposite is also true and even when the youths lose as they did this week in the Glasgow Cup, I take it very badly.

I suggested to the eldest daughter, that the war against Rangers was akin to Hercules’ labours and particularly the task of killing the Hydra.  The Hydra was a 9 headed monster with poisonous breath, whose heads could grow back even after they were cut off.  One of these heads could not be destroyed with any weapon, although Hercules somehow managed to sever it, bury it and cover it with a huge boulder.

Unfortunately, Celtic were forced to rely on WGS in his last season and the hapless Tony Mowbray when our best chance to bury them once and for all presented itself , and our feisty Lurgan born manager is forced to labour on and do battle against the forces of evil, when in a perfect world they would be out of business.

A feature of my advancing years – some may say my approaching dotage appears, according to my family, to be a propensity to use Scots as opposed to standard English.  Having spent a lifetime in Education and raising my pupils and my family to speak ‘properly’ I apparently lapse more and more into the Scots dialect of my upbringing in the Calton. I am not aware of this, and when it is pointed out to me I will argue it is more a use of appropriate Scots words than anything else, but to my nearest and dearest this argument does not hold water, and I am often taken to task over what she regards as declining standards.

In our discussion about the Paris Buns on Sunday however I suggested that ‘ye cannae demoralise these morons’ – a phrase which gave first born much amusement and which she suggested would be a good topic for this web-site.

Their entire psychology of ‘No Surrender’ sustains them when sensible folk would retire, more or less gracefully, and lick their wounds.  The Celtic – Irish if you will permit me – sentiment of ‘Our Day Will Come’ suggests that days of darkness and defeat are a given, but that from such defeats springs the hope of a better tomorrow.

The Follow Followers however are incapable of accepting that any other group should ever have a day in the sun and this, I believe, explains the permanent rage which suffuses their support and the outright militancy that seems to infect their gatherings and parades.

This is most marked on those dark parts of the world wide web where Rangers supporters interact and which they jealousy guard, lest any ‘Timposter’ might gain access to their ravings.

Following Wednesday night’s victory – some might say debacle – I logged in as is my wont to the ‘Follow Follow message board.  Whilst I am aware that too much exposure to that dark place could have an effect on your mental health, I find it strangely fascinating after we win, to observe how far they are removed from reality and how truly ‘revolting’ they can be both in the literal and the metaphorical sense of the word.

Often defeats by Celtic are followed by thread after thread of recriminations, and calls for heads to roll, and there were some of those last night.  Strangely however there was a common sense of purpose and unity caused by their unanimous hatred – and that is not too strong a word – of Neil Lennon.

Despite all the evidence that any rational mind could accept, there was a belief that somehow Super Ally had in some way got one over our red headed coach and that the evening was in some sense a triumph for – and I use this word advisedly – the Protestant Cause against the Fenian/Papish upstarts.

There was a genuine sense of grievance that they had been badly treated by the match officials, the SFA, the police, the Scottish Government and any one else you care to mention and this sense of affront that any one or anything should stand in their way simply fuelled their anger.  Their collective lunacy was in one sense hilarious, but in another, frightening to see.

I did not tarry long, but long enough to see that the one poster who suggested that they had been outplayed and outfoxed in all the games since new year, was rounded upon and castigated by all except one supporter.  His suggestion that this was the only intelligent thread posted all evening was not well received.

In another thread one deranged individual – well they all are – complained that not a single Rangers player had attempted to break Biram Kayal’s leg.  He acknowledged that they had gone for Izzy, Hooper, and Brown, but the realisation that they have no legal response to our wee Israeli and that the players were in some way derelict in their duty, was a source of great angst which was well supported by his fellow travellers.

The point dear reader is just that which amused my daughter, it is impossible to demoralise their support because the vast majority are so steeped in what they see as their traditions and their rightful place that rage rather than reflection is always their go to position.  This sense of themselves is supported by the entire Scottish media as has been well documented here.  It is noticeable that the real villain – mentioned by name in every report – of last night’s events is Neil Lennon. 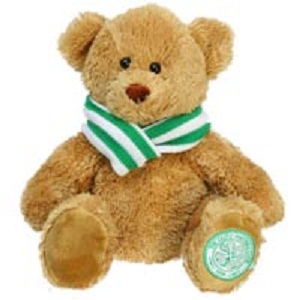