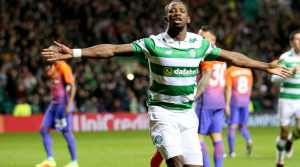 After Wednesday night’s epic game, Brendan Rodgers commented to the press that Celtic would be a top 6 club, if they were they competing in the English Premier League. These comments have caused quite a stir, with many commenters rubbishing his views. The fact is that our shock result against Pep Guardiola’s unstoppable billionaires of Man City has reignited the debate about how well Celtic would do in England.

Prior to kick off, the usual suspects , Danny Baker, Robbie Savage and numerous other morons had chipped in, predicting thrashings and humiliations , forgetting what a cauldron Celtic Park can be on a European night. Typical ignorant views of those cheerleaders for the so-called greatest league in the world. They might not have recalled Bayern Munich celebrating a point achieved there in the autumn of 2003, something Owen Hargreaves, a more worldly wise and travelled commentator on the game, recently acknowledged during BT Sport’s excellent European coverage. Or the numerous top quality European sides who left with their reputations reduced after a night in Paradise, even since those heady days of the early 2000s.

Pre-season friendlies and testimonial matches are not an accurate barometer, but a good idea can be gained from the competitive matches we’ve had with clubs from south of the border in recent times.

Just looking at results from the Martin O’Neill era onwards, we have had 6 ties, 11 matches in all against English opposition. I’ve used this timescale as it’s over that period that the financial gap between Scottish and English sides has really grown.

In 2002/03 we played 2 English sides on the road to Seville. 2 wins against a Blackburn side which finished 6th that season, men against boys some would say, and a draw and famous away win against a 5th placed Liverpool, with a large number of players in the team who would win the Champions League 2 seasons later. Martin’s side had a budget comparable with many English clubs, at that time, so it should really have been no surprise that we more than held our own against them.

It was to be 2006/07, during the more financially constrained Gordon Strachan period , before we would again meet English opposition, Nakamura’s goal and Boruc’s fantastic penalty save still memorable to this day , as we defeated a Man Utd side that would go on to lift the Premier League title that season. This was also after a heroic 3-2 loss at Old Trafford, to a dodgy penalty.

By 2008/09 the financial gap had continued to widen, and our matches against a Man Utd side on their way to a 3rd domestic title in a row, were much less even than 2 season earlier. Despite that we were 6 minutes away from another home win, after a heavy defeat at Old Trafford.

The following season Tony Mowbray’s side came up against Arsenal in the qualifiers , losing home and away and it appeared that the gap was just too much to bridge.

City’s arrival this week, after the mauling in Barcelona, was anticipated to confirm that gap, and I’d be lying if I say I didn’t expect a defeat, albeit still holding the view that maybe, just maybe, our fantastic support would help make the difference. That support, a brave manager, and players at the top of their game ensured that people around Europe, and across the world, sat up and took notice.

Those results would equate to 15 points from 11 games, a points ratio that would have seen Celtic finish in the top 10 in England in each of the last 10 seasons. Top 10, not top 6, but then those results were gained against top 6 teams in England , the better sides in the league.

Looking at how last season’s top 6 done against each other, Leicester gained 14 points from their 10 games against the top 6 last season, and went on to win the title. Man City picked up 6, Man United 14 points., Spurs 15 , Southampton 14, Arsenal 16 points That gives an idea of how difficult it is to compete against those sides.

Is Brendan right, could we compete ? Would we compete ? Imagine we didn’t have to sell our players to the highest bidders due to financial constraints, largely caused by Sky, and the BBC with their obscene bias toward the Premier League. Imagine a Celtic side with Forster, Wanyama and Van Dijk added to the team who put in such a fine performance last night. It’s no coincidence that Southampton’s rise to the European places has taken place with Celtic as their feeder club in recent times. Imagine we could compete with clubs such as Stoke City and Crystal Palace in the transfer market by having access to those TV windfalls.

It may be a moot point, and the more likely outcome could be larger cross border European leagues, but for me, we have more than proved we’d hold our own down south.

Not for the first time this season, Brendan Rodgers is right, we are a top 6 club, and we would be a top 6 team.

Now, let’s see how we would get on in the Bundesliga…..