Yes we know that the question of fair treatment at the hands of match officials is a never-ending story as far as Celtic are concerned – it was ever thus –  and I am unsure how even a root and branch review of the SFA will change this, but to focus everyone’s attention on a referee who not only proved himself incompetent but cowardly, is a diversion from the real issue, which to my mind is one of institutional bias.

Perhaps Neil Lennon has given the question of our relationship with referees and their assistants new focus with his outbursts, but David Hay, Tommy Burns, Billy McNeill and the great Stein himself have all in their turn directed their fire at these hapless stool pigeons with only marginal effect.

In recent podcasts, Eddie and various contributors have explored the puzzle as to why foreign officials can be corrupt but ours are inviolate and above reproach – guilty at worst of ‘honest mistakes’.

It may be the stuff of urban legend, but Tommy Burns was ordered off in the semi-final of the league cup against the Dark Side by a referee called H. Alexander for disputing an outrageous penalty award when Celtic were leading 1-0 and playing very well. The story goes that Burns made a comment to the referee asking him ‘How many suits did you get?’- this being a reference to a report at the time that one of our officials received gifts of Italian suits when in charge of a European tie involving I think Juventus – a match which the Italians won.

While Burns alleged enquiry brought him his marching orders, he should have known that Scottish officials need no such incentives when it comes to handing the Huns a lifeline.

My annoyance over this focus on the officials stems from a belief that it afforded Reid an opportunity to sidetrack, to take the AGM and the subsequent press conference away from any real analysis of why on his watch, one incompetent and unfathomable decision after another saved Rangers from Bankruptcy.

Going back to the transfer window 2 seasons ago, where we chose to sign only Willo Flood and decided against paying the going rate for Stephen Fletcher in the event handing the title to the Huns because we ran out of goals at a crucial point in the season. The squad we had should have been capable of delivering the championship, but  the acquisition of Fletcher certainly would not have hindered our effort and given how he played after moving south would surely have enhanced our chances. This penny pinching not only cost us £10m Champions League revenue, but actually paid it straight into the empty coffers at the Death Star.

That he followed this gross mismanagement by appointing the hapless Tony Mowbray only compounds his liability. Anyone who watched Mowbray’s teams at Hibs and West Brom would have known that they were easy on the eye, but also relatively easy to beat.  How the board could seek a replacement for Strachan from a team who had just been relegated will remain one of life’s great mysteries. The main beneficiaries of this choice were again the Huns whose automatic entry into another Champions League bonanza was all but guaranteed by Christmas.

Yes I hear you say, Tony was unlucky and his team suffered from the same sort of honest mistake as the current group, but that would be to cover up what was a palpable error of judgement by the board and its chairman.

The other diverting issue was the poppy and its place on the shirt.  To my mind the Green Brigade scored a colossal own goal with their banner.  Not only did it take the media attention away from Dallas, McDonald and the SFA, but it gave John Reid another card to play at the AGM where time was spent in discussing the true purpose of Remembrance Sunday and how we as a club and a support ought to respond to this event, rather than permitting any real scrutiny of the unmitigated failure of the last two seasons.

Perhaps I am being too naïve in expecting the AGM to provide any real spotlight on the performance of the main players.

As Eddie observed in the podcast before it, they are so tightly controlled  and structured that they really do not offer a forum for debate.  To expect Tony Hamilton in his televised interview with the Chairman to even think of asking Reid a difficult or potentially embarrassing question would be like expecting a turkey to vote for Christmas.

When I think of the abuse that Brian Quinn used to take in his period in charge I am astounded that Reid gets such an easy ride, not only at the Nuremberg style AGM, but from the press. Quinn’s biggest fault, as I have suggested here before, was that he felt obliged to tell us unwelcome truths at the wrong time – but at least he did tell the truth.

I never ever felt I was being conned by Brian Quinn – irritating he sometimes was, but he presided over a period of success both on and off the field such as we have never known before.  Yes Stein’s great side racked up greater success while we had the odd slip up along the way during Quinn’s years, but the financial position he left far exceeded anything that the families achieved during big Jock’s tenure.

The Herald’s report on the AGM suggested that Reid had a couple of digs at Rangers’financial situation.  What a laugh. During his time his greatest achievement has been to rescue them from oblivion.

I know that he is a puppet for Dermot Desmond, but his smug self satisfaction and his ‘pride’at being Chairman of Celtic Football club are an affront to right minded Tims everywhere.

What more should we expect?  Reid was a key performer in a government who would not have known truth, honesty and integrity if these virtues had bitten them in the behind. In this he is simply being himself.   Anyone who thought he could have offered anything else to Celtic Football Club  was suffering from a delusion on a similar scale to Reid’s own if he thinks that we are in any way taken in by his cheery avuncular manner, which hides as I suggested last year – a junk yard dog. 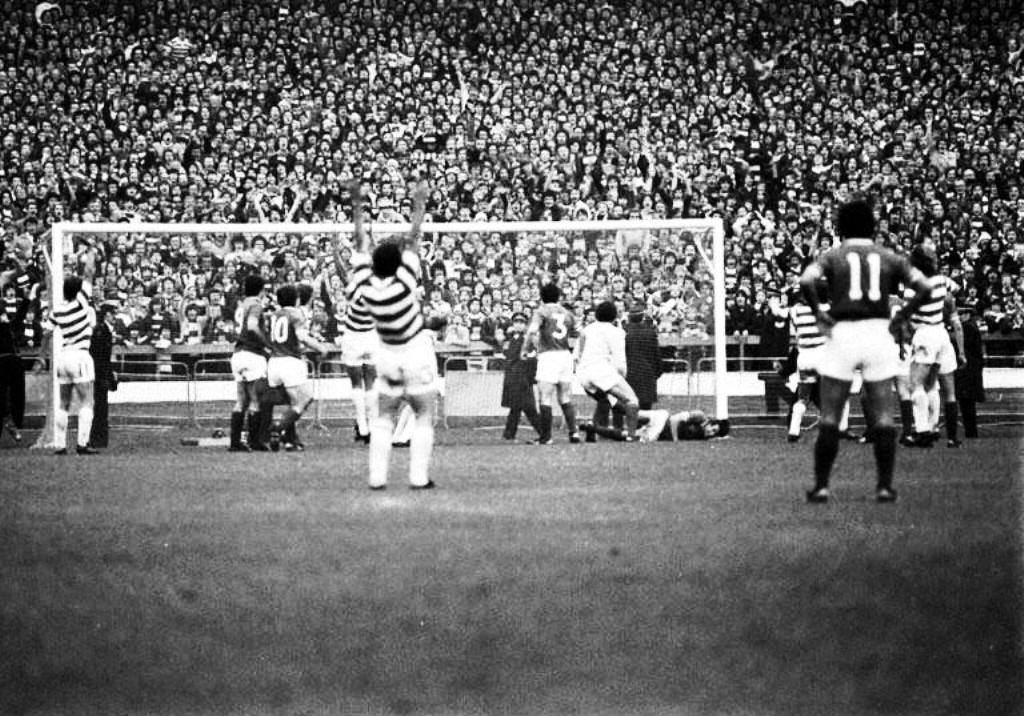