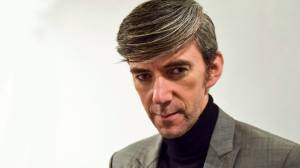 The joys of this podcast are the many occasions when we get to chat with Celtic fans who are experts in another field and this week I had the pleasure to sit down and chat Celtic and music with the gentleman James Grant.

Brought up in Bridgeton then Castlemilk, James was part of that group of Scottish musicians that was so prominent in the 1980’s. His career commenced with the band Friends Again but James really came into his own as the front man of Love & Money. Hopefully you find this chat as fascinating as I did.

Naturally the podcast makes reference to The Celtic FC Foundation Christmas appeal and there’ll be links on the site.

Also St Anthony (Stephen Murray) has a new book coming out just in time for Christmas. It follows on from his book about the 4-2 season Ten Men won The League and is about his (and many other’s) first Celtic hero. The book is Kenny of The Celtic and is launched this coming week;
http://cqnbookstore.co.uk/shop.php?p=75
Enjoy…

You can catch up with James @jamthrawn and on Soundcloud https://soundcloud.com/jamesgrantsongbook