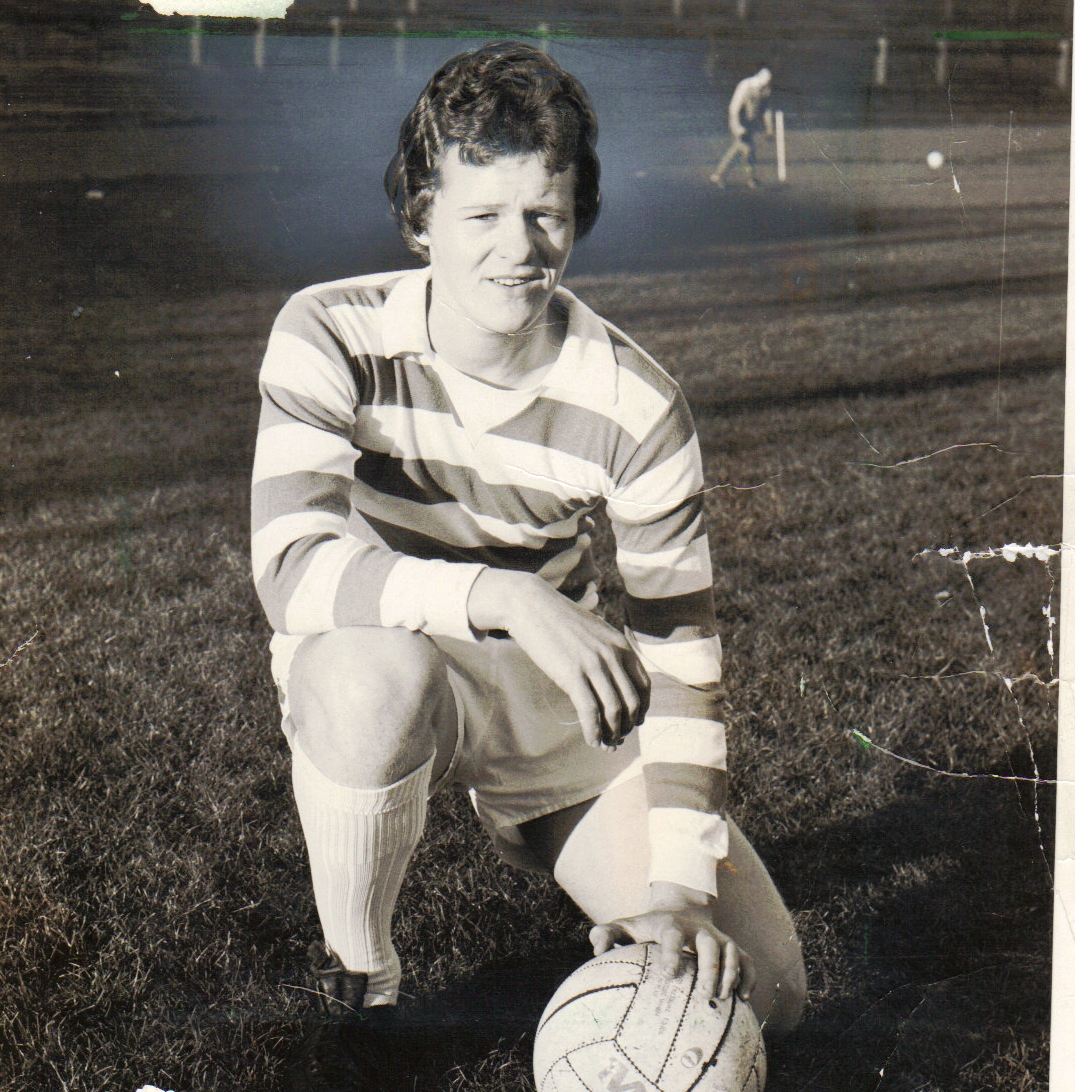 It has been suggested that Celtic were cursed during the 1970’s and there were many events that occurred during that decade which gave reason for this opinion.

–          There was Jock Stein’s car accident which kept him out of commission for a year.

–          There was the terrible injury to Brian McLaughlin which curtailed his Celtic career.

–          There was the toe injury to young John McCluskey which tragically ended his career before had had came out of his teenage years.

And then there was the enigma that was Andy Ritchie.

In 1971 Celtic won the race to sign Andy Ritchie who was something of a prodigy and had every major club in the UK chasing his signature. It was a real coup for Celtic to sign him and Jock Stein was said to be ecstatic at the thought of this great talent coming through at Parkhead.

Andy’s debut came in December 1973 against Dunfermline in a 6-0 win and the 17 year old Ritchie certainly made an impression when he came on as a sub for Billy McNeill.

‘Ritchie, the former Rob Roy striker who now plays midfield, unleashed a Peter Lorimer special from all of 35 yards which Karlsen picked up late in the falling gloom. A great save. (Evening Times 31 Dec 1973)

Andy continued to progress and when Stein was confined to hospital after being involved in a severe car crash, Sean Fallon who became temporary manager gave him his chance. He came on as a sub against Rangers in August 1975 and with Celtic 2-1 down he had a shot at goal which Peter McCloy saved when the ball fortunately stuck between his legs. McCloy had carried the luck and saved the day and one wonders how Andy Ritchie’s Celtic career would have developed had he scored the equaliser.

In February 1976 Celtic played Leeds United in what was described as a glamour friendly at Parkhead. Leeds at this time were still one of the powers of British football and boasted the fine Scots contingent of McQueen, Jordan, Lorimer, Eddie and Frankie Gray as well as Madeley, Hunter, McKenzie and Clarke.

A young Celtic side equipped itself well before going down to two late goals in a 1-3 defeat. However the highlight of the night had been Andy Ritchie’s goal.

‘After 28 minutes – on a growing suspicion that Leeds were suspect against the good old fashioned dribble – Ritchie flicked the ball past two defenders on the touch line near half way.

He beat three more as he advanced towards the penalty area and then hit a long low shot which Harvey was feet away from reaching. Parkhead, justly and jubilantly, acclaimed a small piece of magic.’ Glasgow Herald 12 Feb 1976) 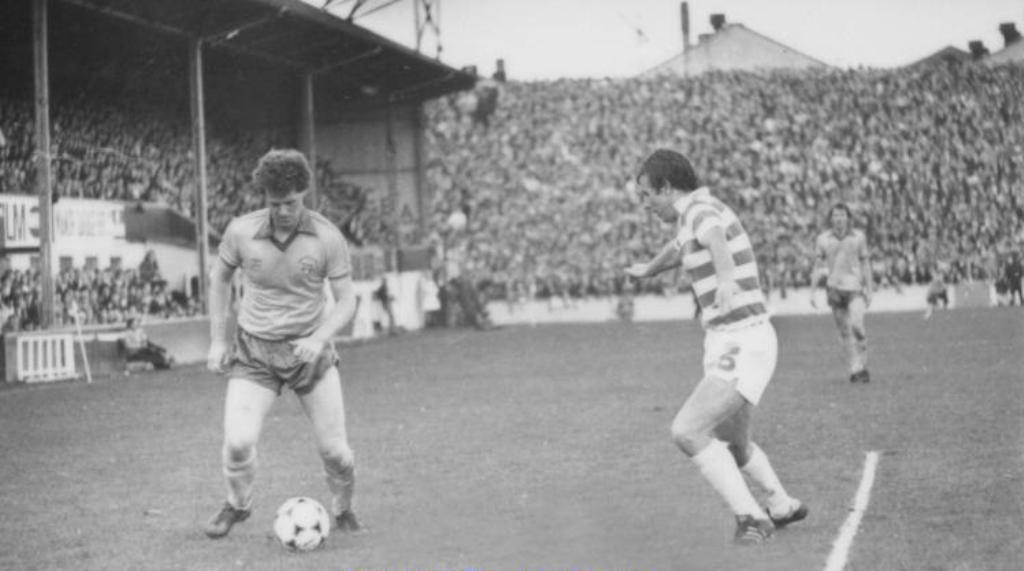 In the summer of 1976 it was expected that Ritchie would now progress to become a first team regular but in essence his Celtic career was to end before it really started.

It was said that Andy had a lackadaisical attitude off the park as well as on and it appears that even the normally understanding Stein’s patience snapped.

In October 1976 Stein wanted Morton’s experienced keeper Roy Baines as cover for Peter Latchford. Morton manager Benny Rooney tried his luck and asked if Ritchie was available and Stein confirmed he was. However it’s claimed that on the day that Andy signed for Morton that big Jock had offered him a new contract and a new start. But Andy declined the offer and headed for Inverclyde.

He was an immediate hit at Cappielow and was one the best players in the Scottish game for a number of years. By 1979 he was rated in the £150,000 bracket but it’s felt that English teams backed off given his reputation for giving the minimum of effort on the park.

He returned to Parkhead and haunted Celtic on many occasions. The Celtic fans in the Jungle were particularly cruel to him with abusive chants which were most regrettable because talent like Ritchie had was to be admired.

Perhaps the best goal he ever scored came in March 1979 at Celtic Park when Celtic beat Morton 3-0.  He collected the ball 35 yards out on the right hand side of the park on the Jungle side, flicked the ball up and swivelled to hit a high, dipping shot which flew into the net past a startled Peter Latchford. It was a magnificent effort but the goal was disallowed for offside against another Morton player in the days before the interfering with play rule had come in. Even the Jungle booed that decision. 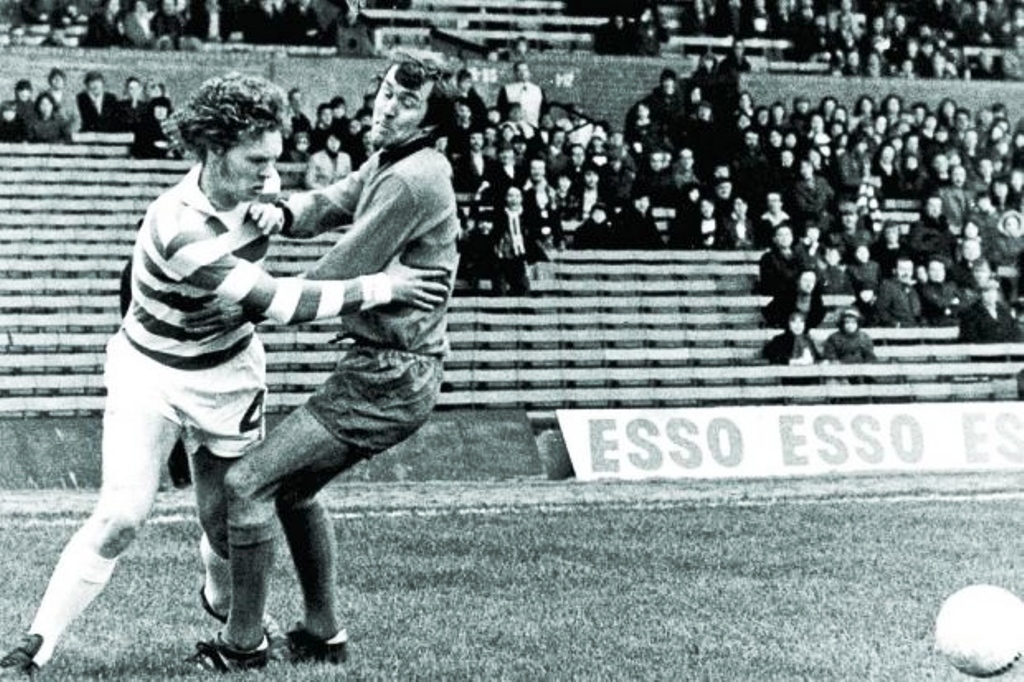 Some of the goals Ritchie scored for Morton in that period are well remembered. My brother in law is a Morton fan and waxes lyrical over several of them, perhaps the best being a free kick against Dundee United against the ex England World Cup goalkeeper Peter ‘The Cat’ Bonetti. Ritchie took a free kick and bent in a glorious shot that a Brazilian would have been proud of. Bonetti never moved.

In 1983 it was said that new Celtic manager Davie Hay was keen to bring Andy back to Celtic but nothing ever materialised and by 1984 Andy’s career was all but over at the age of 28.

It’s a major regret to this day that Celtic couldn’t have worked things out with Andy because he was an awesome talent. It’s no exaggeration to say he could have been another Bobby Murdoch and although he lacked Bobby’s drive and determination he was a glorious passer of the ball, particularly his long passing.

Andy Ritchie’s departure from Celtic can rightly be regarded as another part of that 1970’s curse. Perhaps Chick Young described him best:

“The epitome of the Scottish footballer – a fat, lazy b******, but with great ball skill”.

Andy has a book out just now which catalogues his life in full. Good luck with the book big man. 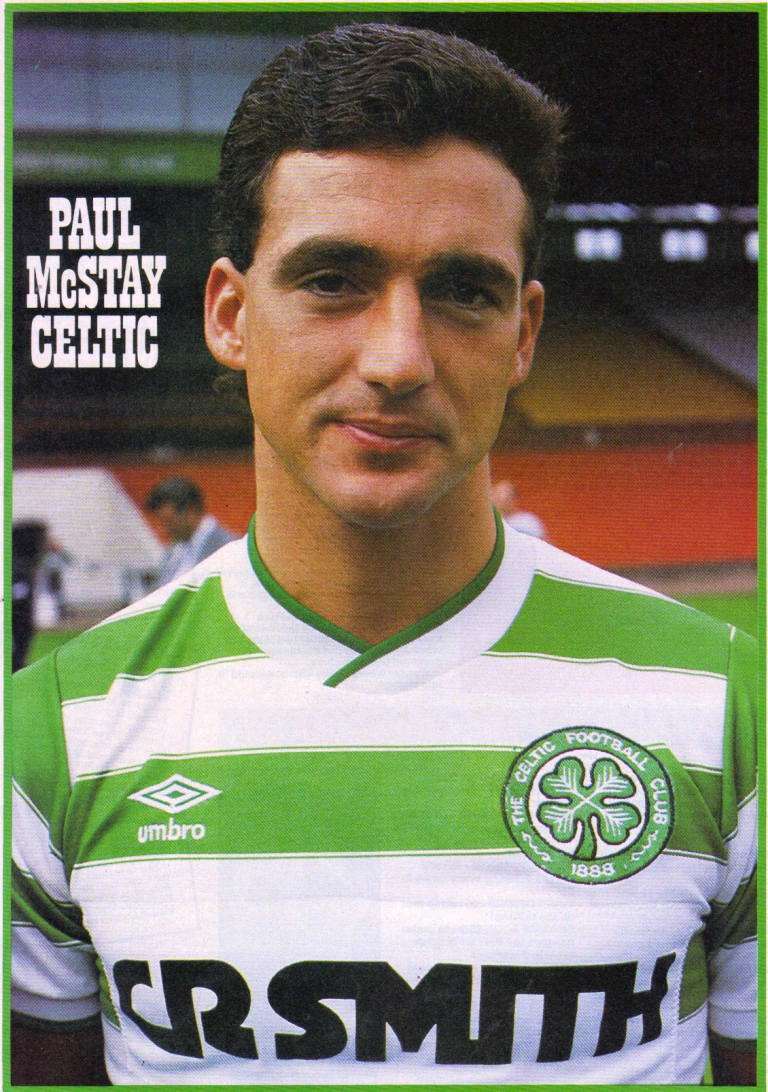 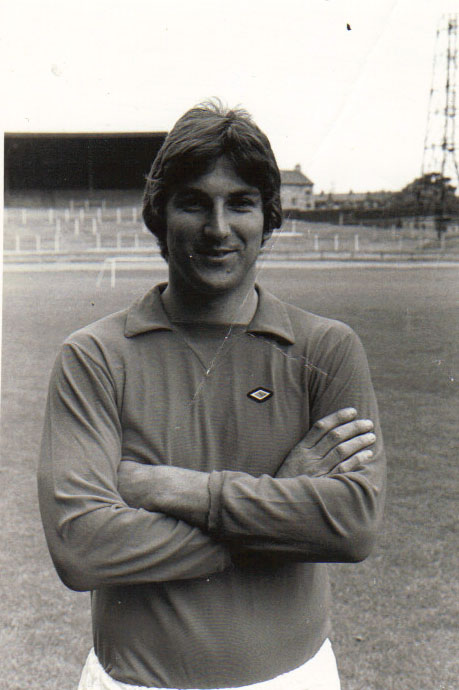