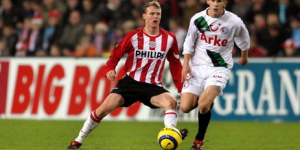 Many will be aware, that during the FTT Rangers provided evidence of how they misled football authorities in the transfer of Michael Ball and in so doing saved over £1m.  In these days of discussions on tax avoidance and tax evasion schemes I will leave it up to others to ascertain as to whether this was a deliberate defrauding of Everton FC and Michael Ball or whether it was a clever use of the rules to divert cash in a manner that minimised their costs.

The transcript from the FTT is kicking around the internet but I will provide you with a summary;

Michael Ball was signed by Rangers from Everton on 17th August 2001 and cost £6.5m.  He was the next big thing, a future England captain but injuries and rumours of additional payments to Everton based upon appearances seemed to blunt his progress.  The latter reason was one of the main problems with an additional payment of £500k due to Everton when Ball played 60 first team games.  After a period where Ball’s career stalled with no first team games, this was negotiated down to £200,000 with £4,000 per game paid.  The £4,000 was actually paid by Ball – deducted from his wages but (and this is important) to be repaid to him from any subsequent transfer fee.

The time then came for Ball to leave and PSV were set to pay £250,000 to RFC.  This however caused a problem as the transcript at the FTT confirmed – Everton were due 50% of this fee AND Ball was due all the £4,000’s that had been deducted from his salary and paid to Everton.  According to the FTT transcript Rangers admitted getting PSV to pay an agent the £250,000 (although Wikipedia lists the transfer fee declared by PSV as £500k).  By Rangers FC using a third party they were able to state that no transfer fee was paid and therefore avoid payments to Everton and Michael Ball.

As per his twitter comments today, Michael Ball is asking the SFA for answers.