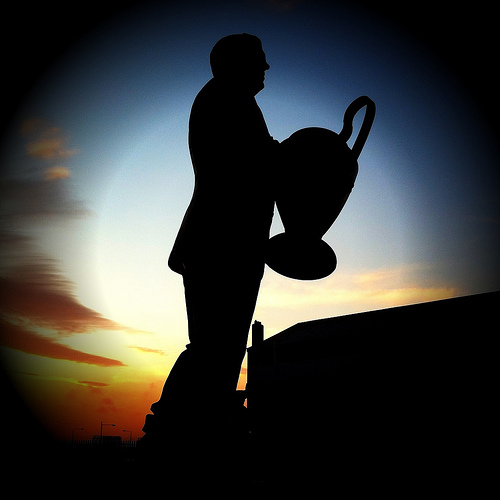 However the mind set of the Huns is not really my concern apart from its obvious comedy value, but what does worry me is the question that we are all asking, i.e. is there a possibility that they will get away with what is no less than grand larceny over a period of at least 15 years.

One poster on the swamp argued that what they did might have been illegal, but it was not against the Laws of the Game and therefore no action could be taken against them by the football authorities even if there was any inclination to do so.

This whole scenario has a sense of deja vu.

When the Blessed Martin was riding roughshod over Advocaat’s Huns and the debt began to spiral I recall writing an article suggesting that the end game might be in sight, a concept which I revisited during the Gordon Strachan years on more than one occasion.

To my consternation however just as it seemed that we could have a better world – a world without Rangers – we would fail to administer the coup de grace.  On three occasions we presented them with a lifeline into the Champions League with performances of such supine ineptitude, that it was almost possible to imagine that our team was under orders to offer them a lifeline.

The notion that we were in fact inextricably connected, or at least were seen to be so by the movers and shakers at Celtic Park seemed unfathomable to a self confessed bigot like me, but the manner in which we assisted their survival was hard to make sense of unless it was arranged.  I don’t really think that this was the case but it did cross my mind when trying to understand how we lost those championships from winning positions.

Now we have a situation where if HMRC rules against them they really are a busted flush.  The possible outcomes were well rehearsed by Eddie and Harry this week and I have no doubt that everyone in Timworld is agog with the possibilities of their ultimate humiliation and demise.

What we do have to ensure however, is that when the flag is raised at the start of next season, it flies over Paradise.  To lose the title from our current position would smack of criminal negligence by all at Celtic Park.  If we cannot win this title – I don’t care what excuses are made for our rivals – we might as well pack it in.  Not to do so would be possibly the worst loss in my lifetime and probably in the history of Celtic Football Club.

Let the cards fall as they might over Mordor and its inhabitants – in real terms we can only look on and hope that justice and fair play are done and seen to be done. What Celtic must do is make sure that the end of the season is one of abject misery for the huns on the field of play and then let the games begin.

Some friends – including my wife and my sister – are unbelieving when I express the hope that they cease to exist – but I really do.  The thought of a world in which the arrogant obscenity which is Rangers F.C. is nothing but a memory in the same vein as the Third Reich or the Soviet Union holds great appeal, but we have dreamt these dreams before, only for Celtic to bring them crashing down about our ears.

The knowledge that we have a manager who probably thinks as much of them as we do is some consolation, in that we will not fail through a lack of effort.  He has no love for the Huns and the victory if and when it comes will only be the sweeter in the knowledge that it should heap misery upon misery for the the uruk hai.

Come on you Bhoys in Green – history beckons.