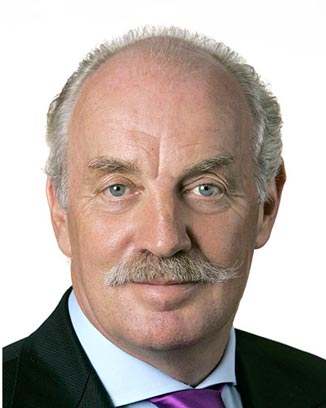 Truth be told the Swiss Rambler hasn’t got much time for the Atlantic idea. Neither do many Celtic fans. An uneducated guess would put the majority of Celtic supporters firmly ‘favourable to EPL move’, maybe as high as 70%. Higher still? Maybe it’s the reason why Celtic fans can almost set their watch by the frequency of Desmond, Lawwell or Reid advocating the move to England. Other options just don‘t get a look in: ‘EPL is what the fans want, it’s what they want to hear‘.

Or maybe it’s just a distraction from the pressing concerns of now: the idea of England being on the horizon (and, depending on where you looking, it is) no matter how far away could help keep you afloat when all about you is turning to shite: ‘As long as we escape, all is well‘. Trying to suggest a fix to the SPL: ’’ You jokin’, the Sphell?’’

So what I’m suggesting is that we, specifically the club’s principal owner, his executives alongside large section of the fan base and media, have neglected the changes needed for the betterment of Celtic within Scottish football and the debate regarding our future and the bigger picture. This has happened against the backdrop of the massive injections of finance to English football & the Champions League from Sky.

We were told straight: we can no long compete with the Wigans of this world. ‘Can’t beat ’em so join ’em‘.

To be clear about the short term, I’m interested in talking about the most obvious things that Celtic (and others) could have done  to improve Scottish football. You know exactly what I mean: a 16 team league, a reboot to summer football, maybe looking at different media platforms to generate filthy lucre. It could almost take care of itself if there was a will for it and the blame doesn’t just lie with Celtic. Scottish football is in the mess it deserves because of short term, parochial intransigence of chairmen and administrators.

We’ve not done this in the understanding that all that Murdoch gold would be coming our way eventually. The EPL has become the sole focus of Celtic and it has blurred the vision of our future as well. Obviously other teams in other leagues face the problem of how to operate alongside the bigger Euro leagues which is what prompted the Atlantic league in the first place.

There was murmurs of an Atlantic league alongside EPL hollering, but never the same appetite. Was it that Desmond could only see things in terms of Sky’s monopoly? Were the logistics of a pan Euro league too great? Derision too stiff from the press? We’ll never know as the debate has never occurred. Problem is that since the EPL move stalled so have we – there doesn’t seem to be a plan B. You could describe our current vision as floating in the brown stuff with our thumb out, hitching for a lift to Wigan.

There’s lots to go over in terms of the Atlantic league model, so I’ll just stick to responding to Swiss Ramblers points and leave it there (I‘m already in way over my head). Swissrambler writes: “It would resemble a poor man’s Champions League.” In much the same way as the Europa league does now? Probably right but if you frame and market it right, not necessarily. Despite our showing this year, this is our level – the mid tier. We are where we are but we should appreciate that we’d be able to compete and it should stop our decline.

He writes: “TV companies would almost certainly not pay much for such limited fare.” I think he’s doing a massive disservice to the fans in Holland, Belgium, Portugal and Scandinavia, who maybe don’t warrant the same level of attention as the English, Spanish, Italian or German leagues on their own. Together, an Atlantic league would challenge the top dogs’ dominance if only in potential viewing figures alone.

Last of all: “Given that the only rationale for doing this would be financial, there would seem to be little point in going ahead, as it would be like jumping out of the frying pan into the fire.” Again I just don’t understand that and so I’ll propose a model of how the Atlantic League could work and see if it makes sense to you: Basically we round up the big fish from the small ponds, the waifs and strays like us, and create a new tier that sits between the Champions League and ‘domestic’ top division. The Royal championships in Scandinavia would be an example of starting point but the Atlantic League would be played over the course of a full season, with promotion to it and relegation back down to the ‘domestic’ league.

It wouldn’t be as easy as just joining the EPL, there are, of course, logistical problems but the big benefit is that you’d be increasing competition. I’d also prefer this framework to English ‘repatriation’ – you can get there by merit, not just the size of your fan base. So what if Dundee United and Alkmaar where there instead of Celtic and Ajax, would broadcasters want to touch that? Of course the same thing could happen in England: Celtic could be relegated and Cardiff could go up. I guess you’ll never know unless you try. It goes without saying we have a greater involvement and history in Europe than in England: our history is something you can’t be careless with. If UEFA were to allow teams from the Atlantic League to be involved in the CL (an important point) then you could argue that with additional revenue behind them, these teams would be more than able to compete against the ‘big boys’.

So what do you think- does this jacket button up at the back? 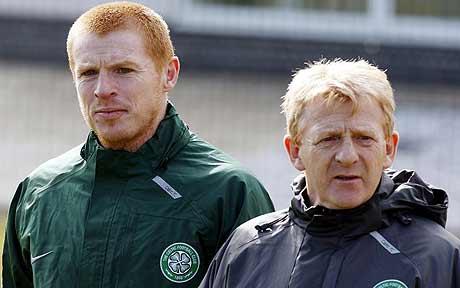 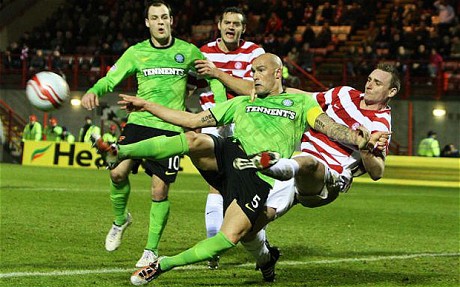