This reflects the candidates being talked about by the press, bland and unimaginative.  Both the press and the bookies have to start discussing candidates almost immediately.  Consequently they have a pre-prepared list in the top drawer that just gets tweaked depending upon the club involved.

Lambert is currently favourite, yet his CV has a poorer track record of success than Mowbray’s did.  Lennon appointment as caretaker and may well prove to be an excellent choice but I have grave concerns.  We ARE better than the rest of the SPL and I believe we have better football players than Rangers.  It is not inconceivable that Lennon gets a winning run going, we beat them at Celtic Park and finish less than 10 points behind and pick up the Scottish cup.  Under these circumstances the clamour for Lenny to retain the role would be huge.  But what would victories against teams with nothing to play for really prove.  How many times do we see a Championship club appoint the caretaker who did “not bad” only to see their results plummet at the start of the new season and then need to go through the whole process again early in the new campaign?

We are not a Championship Club!

Eddie & I discussed the requirements for a new manager in our podcast and with the likelihood of continued unemployment rises in Scotland and 75% of the private sector in Scotland already suffering pay cuts over the last two years the prospects of the club having a reduced income are almost inevitable.  Getting this appointment wrong and we could have the same budget and our close to insolvent neighbours.  I believe we need the experience of a steady hand with a good track record of success.  This candidate may be older and may only stay with us for a year or two, but this is the modern way in football management.

Of the candidates above I have voiced my reservations over Lennon and Lambert and whilst I would be prepared to give them or McStay a go, a couple of poor results at the start of next term and I sense a support who will be very quick to turn.

A review of the other candidates on the list above does not fill me with hope with the exception of (Mark) Hughes and Moyes.  I don’t believe we can get Moyes to leave Everton for the player budgets we can offer, but I do think Hughes would seriously consider it PLUS he is out of work and therefore costs would be lower.

I started this piece by commenting that the board need to look further afield than the usual suspects listed by Paddy Power above and whilst I’m no expert on European football managers below are some suggestions from others.

Last year on this site we discussed Ståle Solbakken, you will note however that he has agreed to take up the coaching role of the Norwegian national team in 2011.  On this site Rossi has suggested Moyes, Felix Magath or René Girard.  Neil McCallum sent me a text suggesting Michael Laudrup among others.  I’ve also heard people suggest Hubertus “Huub” Jozef Margaretha Stevens, Ariël Jacobs and even look at the job Steve McLaren is doing at Twente Enschede (and at least we know he can speak pigeon English).

If Lennon is talking about wanting the job for good and he gets it, I have no doubt that he and Mjalby will do their best to instil a winning mentality.  I’d just feel more comfortable if we were employing someone with a track record and experience. 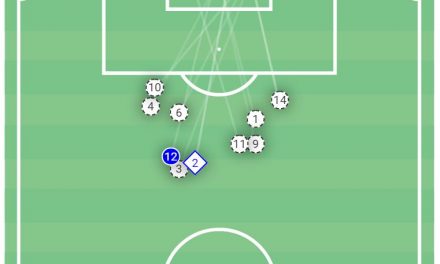