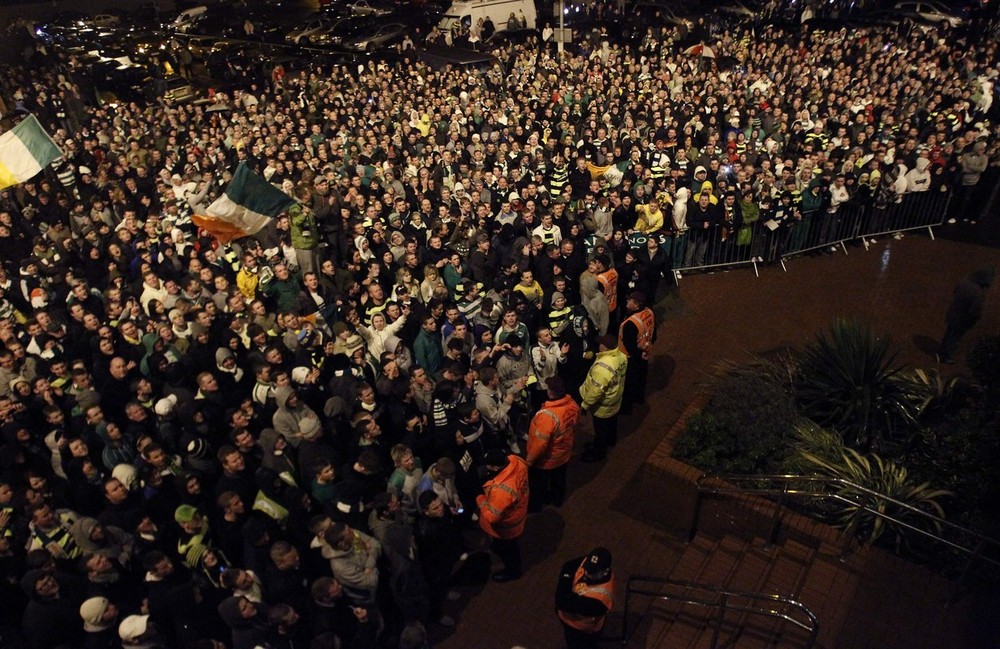 The feeling of euphoria induced by the transfer window were probably better than most Scottish Cup wins of this century and perhaps even better than some of the Championships we have watched. While I was only watching at home, my own incredulity and delight at Keane signing certainly made me feel better than I have about many team victories. I am far from above being disproportionately excited about signings that, without having kicked a ball, have had no impact on the pitch. The next night at Kilmarnock showed that being effectively directionless wasn’t alleviated by Keane’s loan. Yet the night before still lives in the memory. It was possibly tarnished but as a joyful experience. Was Robbie Keane’s signing better than winning? Had an off-the-field achievement become more important than a result?

This feeling was evident again last Wednesday when Mowbray’s future was officially undecided. However, all of those who had seen Barnes’ exit a decade ago had a good idea what was going to happen and that it was imminent. Hence the discussion on the CU podcast between Eddie and Harry that, amid the gloom had a genuine excitement to it – Mowbray was going, so who could we get in? Hodgson, Hughes, McStay, Lennon…? Their relative merits were dissected in the same enthusiastic fans’ manner that was being replicated in pub, home and telephone conversations at that very moment. This was in the context of a defeat so ignominious that it was historic for St Mirren. So historic that the pain of their own League Cup Final capitulation to nine Rangers men could reasonably be forgotten. This was true embarrassment, defeat and footballing misery. And we found a way to get excited about the change in manager. Was it basic optimism? Possibly. But it may be part of the contemporary football experience based on news-cycles. We are pretty sure the topic of discussion following the result will be Mowbray’s sacking and the coming discussions after that had to be his immediate, then long-term replacements. Speculation, informed by our access to football news from around Britain and Continental Europe the likes of which has never been seen, is used to break the fall of the St Mirren rout more readily than Rangers going out the Cup on the same night.

Never before have we been able to seek out and acquire as much information, opinion and discussion about football and in particular one’s team. Being a supporter is so much more than attending the games and singing along and maybe a debate in the pub. The equivalent pub debate can be held on a message board while commuting using a mobile phone. This comes with the added incentives of the ability to edit a thought before it’s published and omit one’s drunken invective. For people who are a bit obsessed by their team this is an attractive part of modern living. 24-hour football news, the democratisation of information we have seen explode in the last decade and its delivery format through ‘new media’ (a phrase of Eddie’s I like) not only give us the chance to indulge passions that had natural limiters until the recent past, but to an extent make it hard to avoid. In my lifetime football used to be an event almost exclusively experienced in the stadium but for very special occasions. Internet access at home and work, text messages and emails from fellow fans at any time of day or night and the simulation of the ‘event’ through books, video games and a dizzying choice of televised games promote interest in the game to the extent that demonstrably obsessive behaviour is the accepted norm.

It’s always been the case that a football fan will look for any cause for optimism. The next result, next season or developing youth player can be taken as a reason to be upbeat. But in a time when media are growing to cover every aspect of Celtic and football in the most infinitesimal degree, the football itself may be getting marginalised in favour of optimism and off-the-field successes. I, for one, hope our off-the-field success is to be entirely diminished by on-the-field glory.