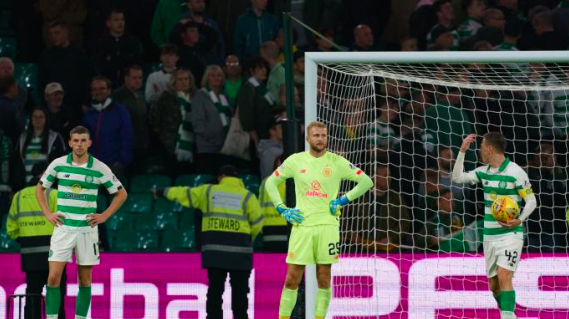 This time last year, during the peak of Brendan and the club briefing against each other in the press, I read a comment from an online poster criticising Peter Lawwell’s management of the relationship with the manager. Tongue in cheek, I replied along the lines that if he thought Peter Lawwell was bad, I’d have fired Brendan.  Obviously, I wouldn’t have fired the manager who’d just secured two trebles and was en route to a third.  I was just winding the angry poster up.  I was aware, however, of some of the shenanigans behind the scenes; Brendan’s discussions with foreign clubs, his attempt to lure Moussa Dembele to another team, and the fact that he had made it clear to Celtic that he would not be here for the 10.

I went about my business after firing off the tweet and then came back later in the afternoon to all hell breaking loose as people piled in to tell me I was a disgrace. People take twitter very seriously and seemed incapable of seeing the light hearted nature of the tweet however, the reality is that steps should’ve been taken at that point to deal with the consequences of the managers departure and the failure to do so bore heavily in the result of last night.

By the end of last summer’s transfer window Celtic knew that Brendan Rodgers was for the off. In fact, as discussed on podcasts at the time, my understanding was that by the end of the summer transfer window the club and Brendan had come to a gentleman’s agreement that Celtic would not be difficult to deal with when an approach came for Brendan, but in return Brendan would put his best efforts into attaining that remarkable trinity of trebles. Despite his impending departure, Brendan continued his strong control over the football management of the club, and we rejected the circa £10m for Dedryck Boyata, and retained all Brendan’s coaching staff until his departure in February of this year.

One of the key people in Brendan’s team and a key appointment when he took over Celtic was Lee Congerton as Head of Recruitment. Celtic’s previous scouting strategy was put to one side when Lee was brought in. By last summer however, the doubts that had been raised at the time of Congerton’s appointment due to his track record was now evident in some of the poor signings that had been made. Moreover, the quality of his scouting information was poor. One of the key aspects of the head of recruitment is not just to identify potential signings, but to identify potential signings that are affordable and within the budget of the club.

As part of their dossier presented to the recruitment team, the scouting reports should identify the details of the current contract, including existing wage, any buy-out clauses, or any other special clauses in the contract. They should also accurately reflect the players expected salary at any new club and what fee would secure his sale. Congerton wasn’t capable of doing any of this.

The realisation from both Brendan and the club that the relationship was coming to an end resulted in no signings of quality at the end of the summer transfer window, and only loan signings and two “project” signings in the winter transfer window. And then Brendan left.

We knew Lee Congerton would follow Brendan Rogers out of the door. We could have tried to pay off his contract at that point, but instead we waited for the inevitable knock on the door from Leicester and the request for him to accompany Brendan. But this didn’t happen until the summer, by which point transfer dealings were already ongoing. This meant that for 12 months we had a head of recruitment that we did not trust and we knew would be leaving with the manager. Our scouting strategy was therefore non-existent, with him either identifying inappropriate targets or no targets at all. We approached this Champions League campaign with key players leaving and no scouted replacements.

The club and Brendan both knew that our relationship was ending, if not in the middle of last summer, certainly by Christmastime this was known to be happening. It may or may not have been a spoken thing between the parties, however they both also knew that Lee Congerton would not be remaining at the club for any length of time after the departure of Brendan however, we took no steps to deal with this. I appreciate that the club acceded to all Brendan’s requirements in order to secure this ‘blue chip’ appointment and put to one side our previous player trading strategy however once his departure was known, the breaks should have applied.

The long-term strategy of the business was cast aside as we gave Brendan Rogers free reign. But the minute it became clear that Brendan was not committed to the long term future of the club that acquiescence should have stopped. Once we knew that Brendan Rogers would not be making signings this summer, changes should have been made in the recruitment division. Perhaps it may have caused a fallout with the then manager, however, that’s life. The failure of Celtic to achieve Champions League qualification this summer is because we do not have a scouting network, and we had no scouted players available for Neil Lennon this summer.

The failure to grasp the nettle last summer once the club agreed with Brendan that he was leaving,  to have a new head of recruitment in place by the autumn to review players and targets and create a list and start putting boots on the ground in relevant marketplaces, has cost this club up to £50m. That failure to grasp the nettle is reprehensible and the senior executives of this club are wholly responsible.

Celtic have the finances to match the elite clubs from outside the big 5 leagues, but they do not have the football model to match them. We have no boots on the ground in key marketplaces to assess players. The consequences of that 20th century football model resulting in 21st century failure were clear to be seen last night.

In any walk of life you reap what you sow and Celtic has sown nothing. 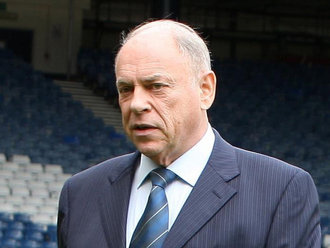 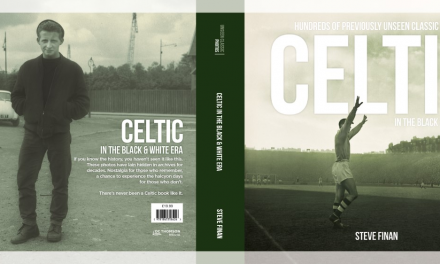