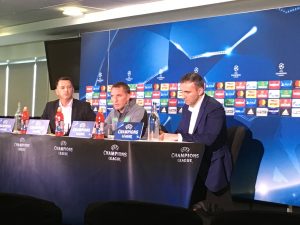 The machinations of the last few days in European football have been interesting to watch. The power grab of the elites desperate to suck evermore money out of our game at the expense of all finally appeared to reach its zenith when a group of the world’s most elite tried to formulate a Super League that perpetuated their dominance forever. As their nearest neighbour, the crocodile tears of the English press over this stab in the back of the sporting integrity of the national game has been amusing to view.

Social media has been filled with clips of Sky pundits with no sense of irony decrying this step as destroying the essence of our game. Sky – who produce weeks of transfer window content that culminates in a final glitzy and sickening glorification of the multi-millions spent by the English top flight on average talent. A footballing culture in England that has evolved into the concept that their national game only started at the formation of the EPL with records being set, not in the context of the history of the game or the history in the top flight, but only during the period of Sky’s TV coverage and during the lifetime of the Premiership.

This is a league set-up that took one automatic promotion place, awarded on a league campaign’s worth of merit, and exchanged it for a quick fire series of playoff games to allow a one-off winner-takes-all tie for promotion into the golden lands of The Premiership.  A process that can result in a sixth-placed side getting the most money in their promotion efforts. The basics of the way our footballing pyramids have operated in the British Isles finished in England some long time ago.

Tonight, the Super League project is dying before it even commenced, with teams breaking up the cartel and football executives resigning. It is amusing that these clubs talk about legacy fans and future customers and yet know so little about their own history and legacy that one of these plastic clubs, in Manchester United, has had to requisition a statement from Jock Stein and attribute it to one of their own legends in an attempt to show an empathy with their absent paying customers that has long been lost.

Like many Celtic supporters, I long for a time when we play in a more competitive environment. That does not necessarily mean that we leave Scottish football. I have for some time articulated an opinion that it is only the short-sightedness of clubs like Aberdeen, Hibs and Hearts that has held Scottish football back. These non-Glasgow clubs have the ability to generate spectator levels that would have them as attractive a proposition as many clubs in countries like Norway and Denmark, Switzerland and Austria. But their lack of self-confidence and our lack of appreciation of what can be achieved in Scottish football has held us all back.  That said, I must accept that with a 60,000 seater stadium and one other rival with a 50,000 seater stadium, economics dictate that we should, by some distance, be the largest clubs in Scottish football, and a more competitive football environment would most likely have to involve a move out to Scottish football. And whilst that is something that would excite me, it is also something that I have long felt is fraught with danger. The phrase ‘be careful what you wish for’ is something that resonates whenever talk of Celtic leaving Scottish football is discussed.

I once attended a meeting down South where the small talk moved to being a football supporter.  I was talking to a Manchester United and a Man City fan. They discussed Celtic coming to The Premiership, and in usual condescending fashion had no understanding that with the multi-millions of Sky money in the English Premiership, Celtic could easily be as large as both their clubs. I articulated a view that my biggest concern is that we would have to sell our soul to achieve that goal.

Neither of those supporters seemed to grasp this point, and yet I asked the Manchester City fan if he felt the same way about his club as he had done when they were in the third tier of English football. Whilst acknowledging that the connection between supporters and club was nowhere near as close as it was back then, he was happy to have that different relationship in exchange for the success that they were now achieving.

Football fans are people, and people are complicated. Fans across England were sticking up banners and demonstrating against their clubs in the last 48 hours. They were slating their clubs for putting money ahead of sporting integrity, yet these are the same fans who will criticise their owners for not spending to compete with everybody else in an environment where everybody else is spending more than they earn.  Owners whose wealth is based upon the most dubious histories.

Perhaps the European Super League in its current format is dead, but the principle of the elite wanting more money to satisfy fan demand to sign the most expensive player who demands the most money, will continue to move us towards some major changes in footballing competitions across Europe. These major changes will have an impact on Celtic because we will no doubt want to be participating in the most elite level that we can and seeing a higher quality of player gracing the turf at paradise is something that we would all love to see.

The last 25 years in English football have demonstrated clubs will sell their soul to get to the elite level and fans will support them when they do it.  Across all walks of life, this pandemic has accelerated change.  Fortunately, football appears to be stepping back from this ultimate concentration of wealth with the elites for now, but it is a direction of travel that seems inevitable.  Change will come again and the question we must consider is what will we do if we are given that option of leaving Scottish football for a “brighter future”? 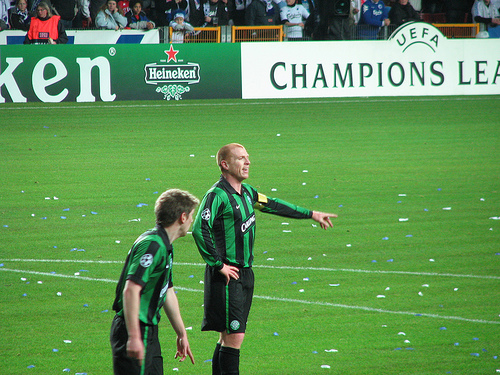