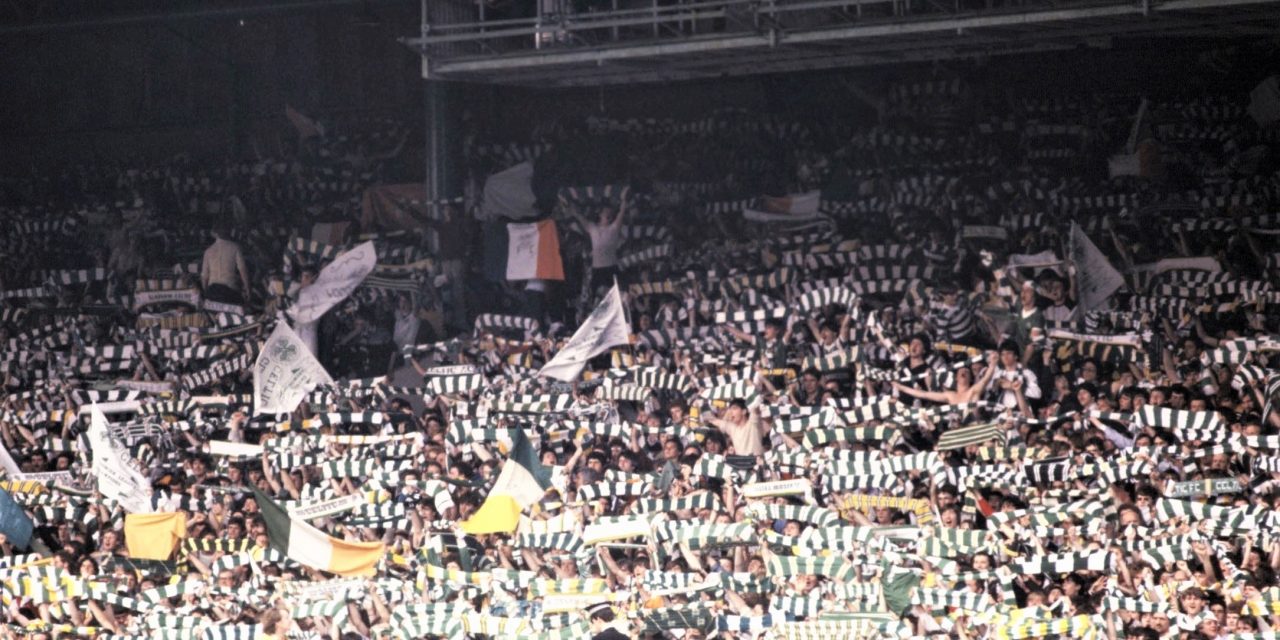 There are many of us out there, back in the dark days of the 1970’s, whose parents would not allow us to possess a Celtic scarf. To be precise, it was my mother who objected to me having one. The 1970’s was a very violent decade in relation to football matches and if you lived within inner city Glasgow there was always the threat of sectarianism by verbal or physical attack, just for being seen wearing a green and white scarf. Regardless of the risks, this was always hugely disappointing for me and I was deeply envious of friends and class mates who were allowed a Celtic scarf of their own.

To my enormous surprise, I was presented with a Celtic scarf as a Christmas present in 1980. It was one of the modern scarves of the period which had the team name Glasgow Celtic emblazoned over it by laser print. I was overjoyed. My Dad was perplexed by my delight at receiving this festive gift. He couldn’t see the need to wear a scarf, unless for practical reasons in winter, and certainly not a Celtic one. In all the years he supported Celtic he never possessed a Celtic scarf and would always make a point of stating that you weren’t a bigger Celtic fan just because you wore a scarf.

Apparently it was only in the 1960’s that scarves became popular with football fans, especially youngsters who wore scarves to identify with their teams. The 1960’s scarves tended to be the classic cotton cloth type, hugely popular at that time and which tend to be associated with Celtic’s Lisbon era. These are highly valued items these days which can raise three figures if sold on E-Bay. By the 1970’s, football scarves then became enormously popular, especially with Celtic fans whose preference were the green and white woollen ‘bar’ scarves, or as they were more popularly known, walk-on scarves. These were certainly my personal choice in later life and can probably be described as the quintessential Celtic scarf.

In later years I became very attached to the Celtic scarves I purchased. Some I regarded as lucky and some I just had a sentimental attachment to. I remember in early 2000, just days after the disastrous defeat to Inverness in the Scottish Cup, I made a point of buying a new Celtic scarf from the Celtic shop in Braehead The one I had at that time was looking a little tired and worn, which could also have been an apt description of the Celtic team at that time under John Barnes. It was also, in my eyes, a wee act of defiance, given the low ebb Celtic were in at that time. I wasn’t to know it but that scarf was to join me on a wonderful, emotional journey to the UEFA Cup final in 2003. It might seem daft to wear a scarf in the burning heat of Seville, but there’s no way I could have travelled without my old faithful companion.

In the 1980’s, some supporters were to develop a very bad habit of throwing their scarves away after a poor result. This was originally the routine of Rangers fans in the early 1980’s who used to lob their scarves in disgust at the Gers’ latest dismal result. As we’ve seen last season, there is an element of the Celtic support only to keen to copy the bad habits of their rivals, and in the late 1980’s there were games when Celtic fans mimicked this annoying scarf throwing habit. The worst example I can recall as in February 1987 when Celtic lost 4-1 to Dundee at Dens Park, after leading 1-0 at half time. The Dens Park tunnel and dressing rooms are in a corner of the ground, and Celtic manager David Hay, had to run the gauntlet of the irate Celtic support based in that corner of the ground. Seldom have I seen any Celtic manager endure such abuse, as a shower of scarves rained down on the unfortunate Hay. I could never comprehend this type of behaviour. If I lost my scarf, I would be distraught, it would like have been losing a part of me. And yet these guys chose to throw away something which they should have regarded as sacred, in a footballing sense.

To this day I will still wear a scarf on match days. Maybe it’s a psychological thing that I was once forbidden from possessing one and therefore I don’t want to break the habit. I find it comforting and in winter it serves a practical purpose to help keep me warm. There are few more impressive sights than Celtic fans in full chorus singing You’ll never walk alone, so it’s always handy for that, as it certainly adds to the spectacle when all the scarves are held aloft, in unison, to such spectacular effect.

There was one occasion, in 1990 when I was driving along Ingram Street in Glasgow city centre and I noticed a Celtic scarf lying ahead on the road, which someone had obviously dropped or lost. I couldn’t bear the thought of cars driving over the green and white colours, so there was I like a daftie, holding up the traffic until I retrieved the scarf from the road and could then dispose of it in a civilised fashion.

My favourite Bill Shankly anecdote concerns the day in April 1973 when Liverpool won the league title at Anfield. As Shanks took the acclaim of the overjoyed Liverpool fans massed on the famous Kop enclosure, some supporters threw scarves at the great man, in appreciation, for him to wear. As one scarf fell to the ground, a policeman moved to kick at away from Shankly’s path. Before he could do it, Shankly gently grabbed his arm and said, ’Don’t be doing that son, that’s somebody’s life’, and proceeded to wrap the scarf around his neck to enormous approval from the Liverpool crowd.

Anyone who through the years, has ever worn a Celtic scarf on a regular basis, can surely relate to Shankly’s sentiments. 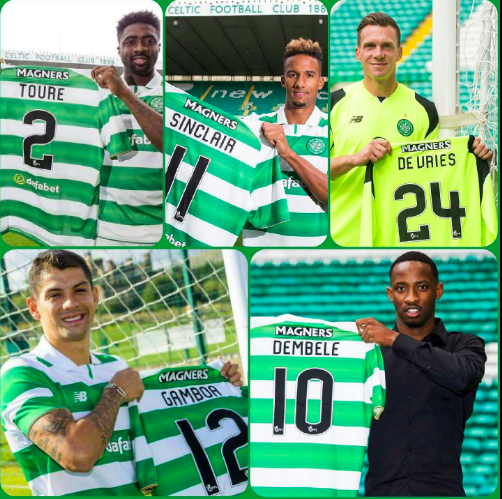 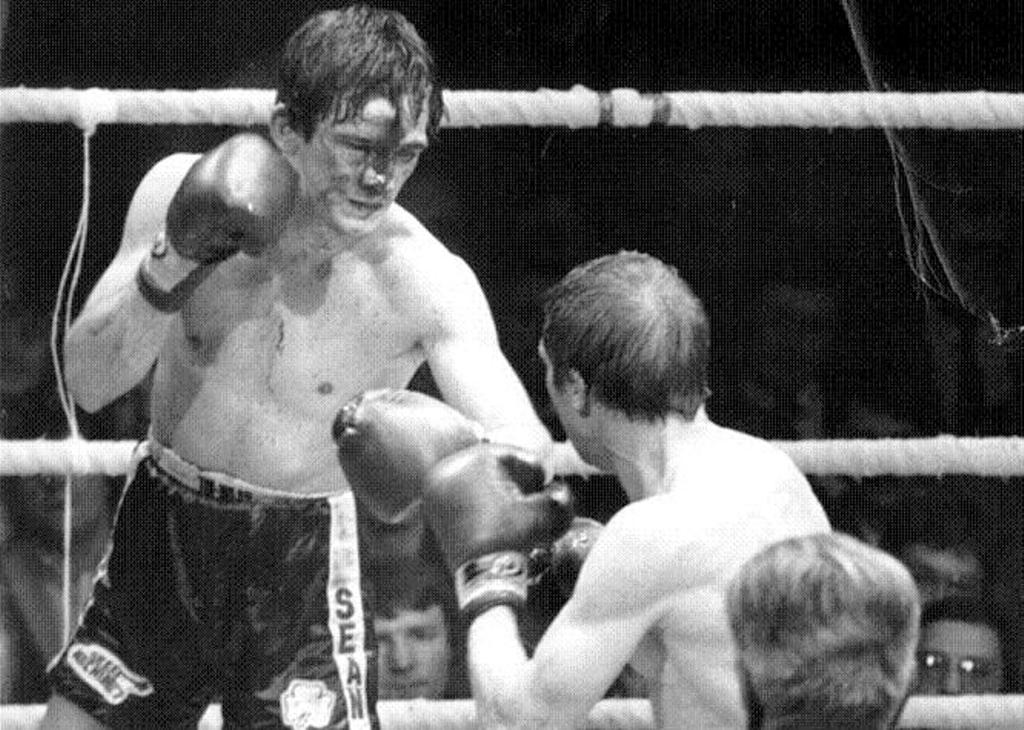