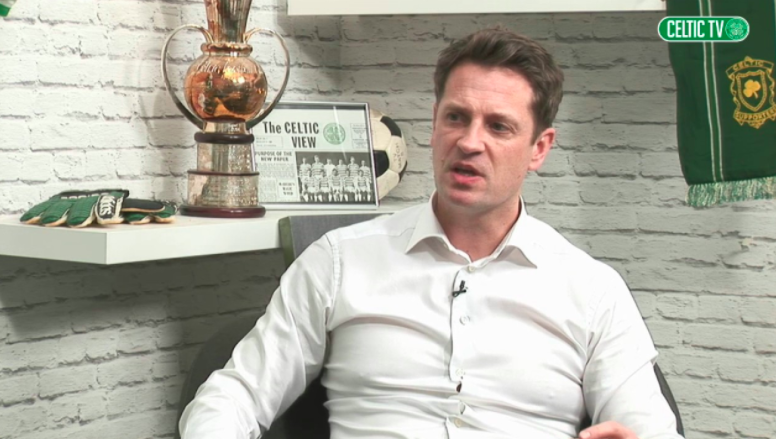 As a long time listener to the Celtic Underground podcast, I’m aware that it is customary to give your ‘Celtic credentials’ before discussing the matter at hand. As a Sunderland season ticket holder, mine are not perhaps very extensive, but I have had a soft spot for Celtic since I was six years old watching Henrik Larsson bang in goals left, right and centre during Martin O’Neil’s reign.

The first game I remember taking notice of was the Celts’ 2-0 success at Anfield during their run to the 2003 UEFA Cup final and while I have never been one to claim a ‘second team’ Celtic are the nearest thing I have. I’m very much an outsider looking in, but I do watch the Bhoys on T.V whenever they don’t clash with Sunderland fixtures.

Anyway, enough about me and on to current Head of Recruitment, Lee Congerton. As you are all probably aware, the former Chelsea coach made his name at Hamburg before arriving on Wearside in 2014 under Head Coach Gus Poyet. The appointment made sense at time and whilst I was hardly arranging street parties to welcome the news, I was cautiously optimistic.

We had previously experimented with the Director of Football role in the summer of 2013 when Roberto Di Fanti was drafted into assist Paolo Di Canio. As you might expect this was a recipe for disaster. For a start, Di Fanti was hopelessly under qualified and his only previous experience was as an agent. He and Di Canio never saw eye to eye and a total of 14 players came in during a chaotic few months. Just a year later, the vast majority of those signings had been moved on, either permanently or on loan.

Despite this, I was keen to see us persist with the model. Given the ridiculous turnover of managers in the modern game, having a Director of Football or Sporting Director provides continuity and ideally means that over time, managerial changes can be made smoothly and not detract from the long term vision of the club.

Therefore, I felt Lee Congerton’s appointment made logistical sense, in contrast to Di Fanti, he had experience as a coach and his track record for youth development at Chelsea was relatively impressive. Scott Sinclair, Daniel Sturridge, Fabio Borini, Jeffrey Bruma and Ryan Bertrand were all identified and brought through the Chelsea ranks by him. So, to have a man with a football background was a huge tick in his positives column, especially as he was brought in with the blessing of Gus Poyet.

In theory, the partnership should have worked. But in practice it simply didn’t. The signings we made we split into two very distinct columns, Poyet signings and Congerton signings. The likes of Will Buckley, Sebastian Coates and Santiago Vergini had the Uruguayan’s blue print all over it and while the vision of the head coach should come into it to a certain extent, there were rumours that Poyet ended up signing players contrary to Congerton’s instruction just to assert his authority.

Naturally, this is the fault of the Head Coach, rather than Congerton’s directly, but the business conducted by the former Hamburg man did not cover himself in glory. The signing of Jack Rodwell is typical of the signings made during his time at the club, a big name with a high pedigree but didn’t fit into the way we wanted to play. Even at the time, people were questioning where he would slot in, he wasn’t a box to box midfielder, his range of passing wasn’t great, and he often made rash tackles near our own box, therefore lacking the required defensive capabilities to play the holding role.

It was obvious that he did no due diligence on Rodwell who had an appalling injury record and had played little senior football for a year prior to joining Sunderland. Hindsight is a wonderful thing but giving a player with Rodwell’s history a four-year contract was ludicrous. Alarmingly, the deal did not include a pay reduction should we be relegated from the Premier League.

We spent £10 million on this transfer and as we slide towards League One, Jack Rodwell is still draining the club’s resources to the tune of over £60,000 a week, while not even making himself available for selection.

Fabio Borini was another love child of Congerton and I was amazed that he didn’t join Celtic last summer as a result. We had an offer accepted for the Italian in August 2014, following a successful loan spell during the 2013/14 season, but Borini made it crystal clear that he wanted to fight for his place at Anfield. Despite this we pursued him until deadline day where we missed out on him and subsequently any other targets we may have had.

Remarkably, this was not even the worst transfer dealing of that summer, that was without doubt the loan signing of Ricky Alvarez from Inter Milan. The deal included a permanent transfer clause which was due to be activated after he played a certain number of games. This clause was triggered but because of the injury record of Alvarez we tried to back out of the deal, but it was too late and even though we refused to sign him and he subsequently joined Sampdoria and we had to pay £10 million for a player who we didn’t sign permanently.

Fast forward a year and we did eventually sign Borini after another transfer saga. At the time, the fans including myself, welcomed the signing but it was extremely short sighted. The club’s manager had changed in that time and new boss, Dick Advocaat had asked Congerton to find him a target man who could hold the ball up and assist Jermain Defoe and our other attacking outlets. Instead he signed Borini, who, like Rodwell had hardly kicked a ball in anger the previous season to appease the fans after another frustrating start to the season. In the two seasons that followed, Borini scored a meagre seven goals in 50 appearances.

It would be harsh on Congerton to not give him a semblance of credit for his part in a remarkable swap deal involving Jermain Defoe and Jozy Altidore. While Defoe will undoubtedly go down as a Sunderland legend and scored 34 goals in his time at the club, the deal was more one of luck than design. Defoe wasn’t enjoying the best of times at Toronto and Jozy Altidore had scored just one league goal for Sunderland in 42 games. Despite this Altidore was a huge name in the United States, so we were able to give him a route back into the Premier League and give Altidore a shot at redemption in the MLS.

Again, though the signing of Jermain Defoe was not necessarily what we needed at the time and Gus Poyet desperately trying to shoehorn Defoe in his starting X1 and ultimately lost his job as a result. Dick Advocaat also failed to get the best out of the striker and it wasn’t until Sam Allardyce was appointed in October 2016 that we saw the best of the former Spurs man.

In Congerton’s defence the problems at the club run much deeper than him. A stat in 2016 revealed that we had only made profits on three players out of the last 46 incomings, but he was very much part of this problem and we are still paying the price from some of his ill-advised transfer dealings.

At Celtic hopefully, there will be no conflict of interest as Brendan Rodgers appears to be there for the long run and they have a previous working relationship, but early signs haven’t been great. In Celtic’s recent drubbing of the new Rangers, only two signings made during Congerton’s time at the club were handed starts and one of them was Patrick Roberts.

Despite my criticisms of Congerton, I do think that the environment at Celtic is much more conducive to success. His remit is similar to his time at Chelsea where he was tasked with bringing in young talent to be nurtured and developed. In a successful team coupled with Brendan Rodgers coaching and proven track record in bringing through young players, any signings will be given every opportunity to make a name for themselves. At Sunderland Congerton was tasked with turning around a rapidly sinking ship and plan for the long term, whilst ensuring our top-flight survival. At Parkhead, there is a clear style of play and identity to build his transfer strategy about. I hope for Celtic’s sake that he has learned from his prior mistakes and can help Rodgers build a legacy on his way to making it 10 in a row. 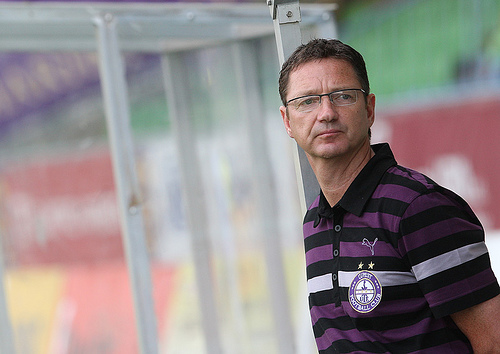 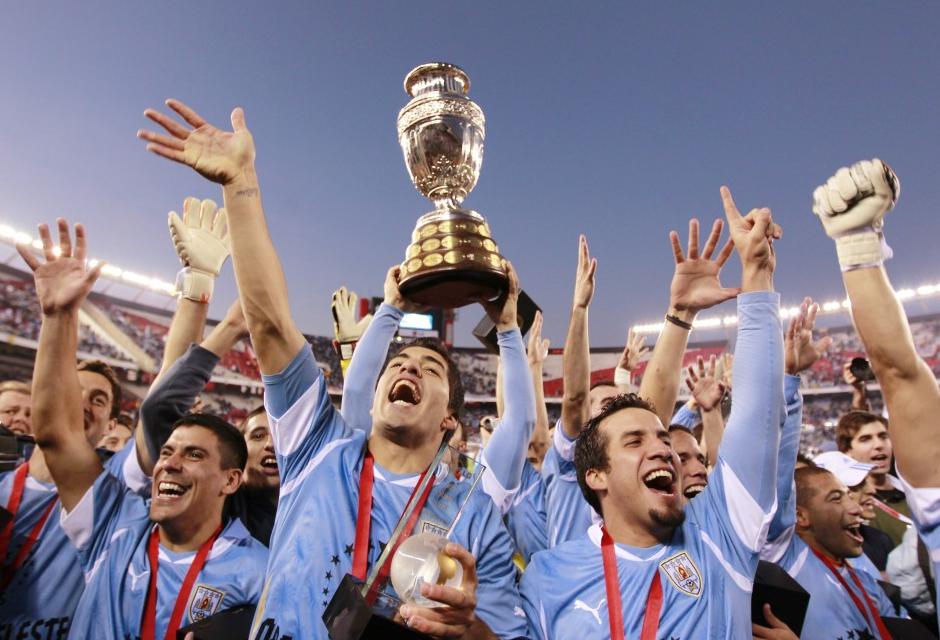