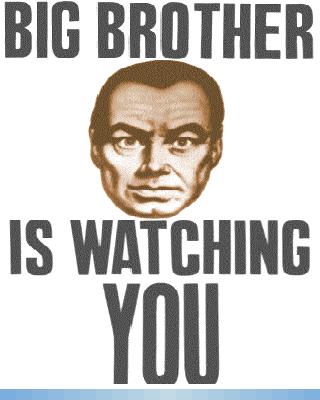 This is the third year in succession that either Bain, Myth or a combination of the two, have launched into a sour grapes whine about fixture scheduling only to be embraced enthusiastically by a sympathetic media who themselves have gone to great lengths to corroborate these whinges. For example, last season the Daily Record helpfully printed every set of post-split fixtures to show that Rangers had to play Dunfermline 3 times away from home in 2002 when the league was already mathematically over. Oh the injustice. The fact that playing a few teams like Kilmarnock away form home 3 times was down to completely random chance was ignored in favour of Myth’s “someone is deliberately doing this to us” paranoid nonsense. Remember, unsurpassed dignity, we don’t complain blah blah etc etc.

Myth’s latest U-turn contradictory paranoia pish is classic, if not unprecedented. The whole furore in 2008 started after Myth categorically stated Rangers would not ask for an extension to the season. Interestingly it was the media who brought the question of a season extension into the public domain, not Rangers, implying that the club were briefing reporters on what questions to ask in press conferences in a manner that would have done the Politburo proud.

In any case, we all know what happened “We willnae ask furran extension”, became “we demand an extension”, to “it’s fckin ridiculous we didnae get an extension…well the extension ye gave us isnae enough”.

There’s an interesting wee fact just at the end there. Hands up if you’ve recently read in a newspaper, or heard on the radio a statement along the lines of – “Rangers face a repeat of 2008 where they were faced with a fixture pile-up after the SPL refused to extend the season“

Hands up who remembers that the season actually was extended in 2008?

A quote from Orwell seems apt at this point:

“If the Party could thrust its hand into the past and say, this or that never happened, and if all others accepted the lie which the Party imposed if all records told the same tale then the lie passed into history and became truth “

Walter Smith says the Scottish Premier League cannot extend the season to accommodate the number of fixtures that will have to be rescheduled.

“Surely if the season’s not going to be extended for one team, they can’t extend it for any,” said Smith.

“There was only one team going to benefit from the season not being extended then and that was Celtic.

“So they refused to do it then, so they can’t do it now. Is that not fairly straight-forward?“

Smith admitted Rangers would be powerless to stop the SPL taking such a step this time, but said the club would be annoyed if it did happen. “I think that’s probably all we can be isn’t it, if they make the decision? But surely they can’t make the decision after saying to us before that they can’t extend the season,” he added.

Pretty emphatic stuff? The SPL can’t extend the season now because the myth says that they didn’t extend it before. Glad we got that straightened out. Oh no, wait a minute…

The precise “favour” Keith Jackson wants the “Scottish game” to “return” to Dignity FC is not explicity stated, however we are not left in any doubt what Myth and his media lickspittles expect:

“But Smith’s hopes of landing a third successive SPL crown in his final season in charge could now suffer as a result of those European heroics with a possible fixture pile-up now on the cards. Rangers must squeeze at least another two ties, against PSV Eindhoven, into an already jammed schedule and league bosses have warned they would rather make the champions play four domestic matches in eight days than attempt to grant them breathing space by extending the season.”

“If they’re going to try to help the teams by starting the season a fortnight or three weeks earlier, what are they going to do for the teams who are still in Europe at the end? We are the ones collecting more points than anyone else. With that in mind I’d want them to be a bit more sympathetic than they were the last time.”

“Celtic have a clear run at it this season with fixtures and they have a freshness about their team. But that’s a challenge we have to accept. We need to match that consistency over the season“

Excuses, excuses… er .. I mean unsurpassed dignity, just getting on with it without complaining blah blah etc etc

“I read all about Celtic doing this and doing that this season and that’s fine. But then I’d say we did all that in our first season too. When you get to the fourth one and you’ve not had the ability to change an awful lot of players, then that’s difficult.”

“Whatever comes our way in terms of criticism we’ll accept and take on the challenge by getting on with it.“

Well more accurately – first we’ll have a good wee moan about fixtures before accepting the challenge by getting on with it.

By the way, this is lapped up by the same media who railed against Neil Lennon accusing him of instilling, what they called, a “dangerous” ‘everyone’s against us’ mentality among the fans, although he didn’t quite manage to incite any fans to send any bullets to referees are Rangers players.

Maybe he could learn something from the Myth.

No wonder the Old Media is dying.

“Day by day and almost minute by minute the past was brought up to date. In this way every prediction made by the Party could be shown by documentary evidence to have been correct; nor was any item of news, or any expression of opinion, which conflicted with the needs of the moment, ever allowed to remain on record.

All history was a palimpsest, scraped clean and reinscribed exactly as often as was necessary.”