For the purposes of betting on the rest of the season I’m going to gamble based upon the way I think we can play with the attacking options in the team.  In addition to our Scottish nonsense, this week’s Paddy Power Bulletin looks toward the weekend’s FA Cup actions.

For the Quarter final stage there is betting on which team will score the quickest goal or pick up the quickest card plus which game will have most goals as well as odds on an all-London final and an all-Birmingham final.

With the FA Cup and Premier League both having four games each over Saturday and Sunday there is also betting on which of the two will have most goals in their competition over the weekend and which will have most red cards.

Portsmouth and Birmingham also start a back-to-back double header with Paddy Power betting on the double result of the Saturday and Tuesday games and whether a Portsmouth or a Birmingham player will score in both games.

Who will have most goals this weekend (Sat & Sun matches only)

Which FA Cup match will have most goals?

We just have to remember there are worse things in life – you could be a Rangers fan or a Scottish Referee! 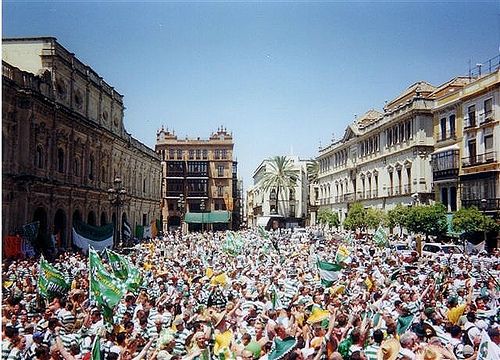