“Today we held a silent and visual protest against the criminalisation of the Celtic support, both from the ‘Offensive Behaviour at Football…’ Bill and the disproportionate policing that we and the wider Celtic support currently face.

While the new legislation will likely have a direct effect on our group – particularly as the Association of Chief Police Officers Scotland are demanding that it specifically refers to banners and displays – it extends beyond just us and all Celtic fans will be affected.

The proposed new legislation denies football fans the right to freedom of expression and treats us all completely differently from others in society. This is despite there being very little disorder at football matches – and certainly far less than at music concerts or at bars and clubs around the country.

It comes on the back of a season when our manager was attacked by bigots because he comes from an Irish nationalist background. The response of the politicians has been to draft a law that, according to Justice Committee chair Christine Graham, is designed to target the Celtic support for our Irish identity and for singing songs in support of Irish nationhood. It looks like the bigots have won.

The protest was a massive step for our group to take. We want nothing more than to back our team for 90 mins and give them our support, especially on the back of defeat at Ibrox last week. But we feel this issue goes far beyond one half of football and that if the Celtic support doesn’t begin to influence the debate around policing and the new law then we, like many other Celtic fans won’t be there to support the team – we’ll be banned and possibly jailed.

In many ways, though, this is already happening. We currently have three members awaiting trial for ‘offences’ committed at the first game of last season. Their alleged crime was holding a a banner that, days later, bigoted elements of the Scotland’s Shame support complained about after seeing on the internet. The case has been doggedly pursued by the Procurator Fiscal, who has appointed a Fiscal more used to murder trials to take charge of the prosecution. We’ve also had members and others in section 111 arrested on made-up charges and instantly banned from every game in Scotland while their case drags on through the legal system – the police don’t even need to consult the courts to do this now.

At every match we’re filmed constantly and subjected to petty intimidation, like strange police officers greeting you by your first name. And it’s not just us – at every away match the police are filming fans coming off buses, in pubs and at stadiums and fans are given full-body searches at grounds. At the recent home game with Motherwell a fan was arrested and dragged out of the main stand by several police officers for singing ‘go home ya huns’. Fans arriving home from Sion in the early hours of the morning were greeted by a welcoming party from Strathclyde Police, there to say hello and take their pictures.

The time has now come for our club to stand up for our fans and use their considerable influence and voice to defend us from disproportionate policing and discriminatory new laws. It is also time for the support to come together and oppose policing and laws that seeks to silence us and treat us as part of a problem that, if it exists, is not of our making.

We won’t roll over to a political agenda that seeks to criminalise us and we call on all fans and fan organisations to join us and protest against the criminalisation of the Celtic support.”

Celtic Football Club PLC is embarrassed of the Green Brigade, and yet are faced with the uneasy paradox that they are solely responsible for the atmosphere at Celtic Park. Older supporters may question the almost contrived element of a certain singing section, arguing that atmosphere is generated organically and not by choreographed chants and banners. Whilst this may have been true in the days of the Jungle, the modern day Celtic Park, despite being aesthetically beautiful, was atmospherically defunct, save for the Glasgow derby and the major European games. The Green Brigade may polarise opinion, but without them who would galvanise the crowd? At present, it is certainly not the eleven players wearing the hoops.

The Green Brigade’s statement is highly relevant in many cases. This bill limits, and to a worse extent, denies freedom of expression. Critics may point out that any legislation that prevents the Billy Boys or pro-IRA songs is a step in the right direction, yet the half-arsed, ambiguous nature of the bill is typical of the reactionary, ill-advised mentality of the Scottish government. Any legislation that, as pointed out by Liam Conway on this site, creates question whether God Save the Queen or the sign of the cross could be classed as offensive has not been thought through with any intelligence.

There is an over-simplistic notion that permeates Scottish society regarding Celtic and Rangers. Celtic fans will sing pro-IRA songs, Rangers fans will sing anti-Catholic songs. Mind-set, and society, even in the hate fuelled West of Scotland bubble, has a deeper element. If a Catholic Motherwell fan, in the heat of the moment, shouts ‘you fenian bastards’ to the Celtic support, should they be prosecuted? In addition, a Protestant St Mirren fan could shout ‘you orange bastards’ to the Rangers support. The bill states that you could be criminalised if you offend the religious beliefs of others, and yet the situation could arise where the perpetrator is of the same faith as the perceived victim. In an increasingly secular society, the lines are no longer straightforward, and the bill only sees matters in terms of its own pre-conceived ideas of football fandom.

Last season, Celtic fans cried moral outrage when the Billy Boys was belted out at the League Cup Final. With reflection, was this more to do with the subsequent silence on the issue compared to Pat Nevin’s all-powerful hearing abilities in the Scottish Cup Final? The new legislation ensures that the Billy Boys is an offensive song but the same law dictates that IRA songs are offensive, especially those with the anti-protestant addendums. On an overly simplistic level, would Celtic supporters be offended by the words ‘up to our knees in fenian blood’ if they remained mere words, in the same way that many English teams sing ‘…and if you follow x, surrender or you’ll die’? The tragic twist is that Rangers’ supporters do not merely stop at the words, there have been examples of the ‘fenian blood’ being shed through hatred. Reamonn Gormley, Thomas McFadden and Mark Scott will forever be remembered for being the innocent victims of hatred and bloodlust. But if the Billy Boys is an offensive song, what about songs supporting the Provisional IRA?

An article this week appeared in the Scottish football website Scotzine, criticising the Green Brigade for possessing ‘self-centred and egotistical views’. The article went on to state:

“The poppy day protest, the breaching of stadium regulations by their ‘lateral movements‘, their continued use of flares and smoke bombs in stadiums, again flouting stadium rules and regulations – all because they wish to follow in the footsteps of the ULTRAs on the continent who produce displays and atmospheres that look cool with such pyrotechnics.”

This article loses all relevance when it reveals its hand on the political nature of the argument. On one hand, Scotzine come across as an overbearing parent, chastising those naughty little Green Brigaders for standing up at a football match. On the other hand, the condemnation of the poppy day protests seem contradictory to the initial argument about breaking the proposed legislation, instead choosing to attack an Ultra group whose politics differ from the writer’s own views.

Politics has more relevance that religion in society, and this is a further aspect as to why this bill has been clumsily structured. Whilst there are warnings about inciting religious hatred, little is mentioned of political discourse. The IRA murdered Catholics, so can Celtic supporters be prosecuted for being anti-Catholic? Likewise, an atheist Celtic supporter has no preference of any religion, so are they going to be persecuted for disliking all of them? Provisional IRA songs polarize opinion at Celtic Park. Many older supporters find Just Can’t Get Enough nauseating, arguing that it has nothing to do with the club. Of course, political songs about Irish Republican guerilla organisations do not either, but too many commentators are quick to dismiss the issue without analysing the demographics of the support. Not all songs will appeal to all supporters, and neither will every action. The poppy on the shirt was supported by some, tolerated by others and protested against by others. Football fans cannot be labeled as one being.

Football and politics do mix, whether the Scottish government and wider agencies care to admit it or not. Try dismissing the political nature of the game to supporters of Athletic Bilbao. In the Soviet Union, Karpaty Lviv’s 1969 cup win was celebrated as a victory for Ukranian ideology, and during the 1990s football clubs in Yugoslavia served as a vehicle for nationalist politics. Whilst Celtic have always been a club for all, regardless of political and religious persuasion, to silence football supporters is to nail another coffin in the demise of football in Scotland. The real offence is not the singing of political songs, but the authorities’ ignorance and lack of understanding of history, identity and diversity. First they came for the Green Brigade, and I did not speak up, because I was not in the Green Brigade. Then they came for me, and nobody was left to speak up for me. Let the Green Brigade sing. 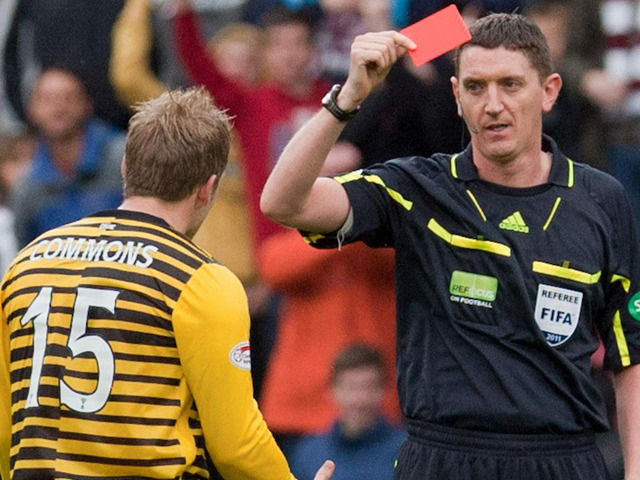 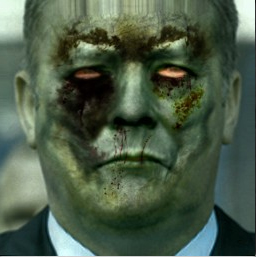