Despite that, I would love a change of formation for next season. Not so much as liking a change but needing one. The World Cup has been a somewhat treat over the past four weeks, seeing how teams play in different formations, and how expertly they are played out (Spain’s master class against Germany springs to mind). Compare that to the tactical starvation that Celtic fans have been treated to over the past few years, with Gordon Strachan’s change of wingers the only thing of note and Tony Mowbray’s 4-2-4/2-4-4 disaster.

After seeing the World Cup in all its glory, and then thinking about the past two seasons at Celtic Park, I’d like to declare one thing: THE 4-4-2 IS DEAD. We need to install the 4-2-3-1 formation. There are different versions of the tactic, but most importantly, we do actually have the team for it.

This is the right time for this article, as you buy players for your system. We have the right fit of players for the 4-2-3-1 in the main, and only need to add a couple to complete it.

In a league where you are expected to win virtually all of your matches, you need to dominate possession. Simply, you cannot dominate football matches if your midfield four is generally playing against a midfield five. You simply won’t win. Look at the World Cup this summer, just how many teams played a rigid 4-4-2? I’ll be guessing it’ll be a single figure number…

Just because you’re taking away a striker in exchange for another midfielder doesn’t comprehend to being negative. This is the English view that you must have ‘two up top’ and it’s the norm for football formations, one that was soundly crushed in Bloemfontein a couple of weeks ago…

One of the claims before the World Cup started was that whoever had the best full back pairing would win the tournament. A bit strange, no? Surely it’s whoever has the best overall team?

On paper, yes. But in theory, the full back position has become more and more important in recent years. In today’s game, the first task for a full back is to offer support to the wingers and offer another option in attack. It’s no different in a 4-2-3-1 formation, and probably even more important in a system like this.

As you have the two holding midfielders sitting, this gives the two full backs opportunities to get forward as much as possible and give the team an option in the wing. If the full back is on the wing, this allows the attacking right sided player a chance to move more inwards and give a threat to the opposition central defence. Sergio Ramos is a king at doing this for Spain and Real Madrid, and if the likes of Hinkel, Mulgrew and Du-Ri had any sense, would be watching him thoroughly.

In relation to Mulgrew, a system like this would benefit him; it offers the full back more nous to get forward and almost relies on an attacking full back to get forward at every opportunity. We know how good his delivery is, and I actually think he could be more than a decent player for us next season. All hypothetical, of course.

Like last season and the dreaded 4-2-4 formation, the 4-2-3-1 needs two holding midfielders in order to work. The great advantage of using the two holding midfielders in this formation is that it provides a platform on which more creative players can express themselves, effectively allowing dribbling back into the modern game, and a platform for the likes of McGeady and McCourt to shine for Celtic.

Despite his post-season downfall, I actually think N’Guemo would have been ideal in this formation if we used it. Giving his non-attacking threat, he would enable the full backs to go forward and give a protection to the central defence, and given our defensive showings of late, it’s essential.

It’s all ifs and buts, as N’Guemo isn’t a Celtic player. Currently, the central midfielders consist of Crosas, Ki, Brown and soon-to-be Celt Joe Ledley. Given Crosas has featured more in the Celtic clothing catalogue than at Parkhead, one can only guess that he’ll not be a starter, if here at all next season.

For South Korea, Ki played a pivotal role in them getting to the last 16 of the World Cup. He clumbered a couple of assists and turned out a vital player for them. Luckily for us, it’s in the defensive midfielder role of a 4-2-3-1. He showed glimpses of what he can do, and is certain to be heavily involved in the coming season. In this system, Ki already has experience in the role and could easily evolve into a deep lying playmaker type.

Then you have the enigma, Scott Brown. Player of the year one year, awful the next. It’s hard to see just how bad a time he has had of it, granted he wasn’t the only one to faulter last year. Give him the benefit of the doubt; he has shown that he can play in a more defensive role for club and country. Remember him boss the park in Italy a few years back for Scotland? He’s been great at it for Scotland, showed glimpses of it for Celtic and, with Lennon at the helm, surely can be shown the right way again. After all, Lennon mastered that position, who better than him to tell the likes of Brown what to do?

Then you have the exciting part of the 4-2-3-1; the attacking midfielders. Usually these players are the stars of the team, the match winners and all round great, flexible attacking players (Robben, Sneijder, Ozil, Muller, Messi etc). In Celtic’s case, when you have McGeady, Maloney and McCourt all fit and readily available, you can’t help but wonder what could be when it all clicked.

The great thing about the attacking midfielders here is that their defensive responsibilities are at a minimum, and are focussed on supplying the front man. I’m sure I’m not alone in wishing McCourt stays injury-free this season, as I can confidently say he would kill in this system. Put him behind a decent striker (i.e not Samaras or Fortune) and watch him run at centre backs.

One of Tony Mowbray’s criticisms of McCourt last season was that he never tracked back – in this system he wouldn’t need to, let the defenders and holders deal with that, and make McCourt an out ball source.

Then you have the wide men, and obviously if Maloney is fit then you would presume it would be McGeady and him occupying the roles. But given this system, it would even give the likes of Fortune, and, prepare yourselves… Samaras a chance. Both Fortune and Samaras can’t help but hug the line when playing, even though they’re supposed to be in the box. Most of Fortune’s goals where in positions that are similar to that of an attacking midfielder, so we know he can play there.

Not to mention Jimmy Bullard and Joe Ledley, who both have great attacking traits. With Ledley able to play centre and left, and Bullard behind the striker, it gives Lennon waves of possibilities in attack. There is so much potential in the system for the three attacking midfielders alone, and with being able to change it about so seamlessly, you can’t help but wonder when we’re doing it, not if.

For the attacking midfielders to benefit, though, is to have a quality striker in front of you. As you read this, about 99% of Celtic fans are thinking ‘Keane’. I don’t blame you, I did too. Keane being here all season, with the service from the likes of McGeady, McCourt and potentially Ledley and Bullard, makes for a frightening prospect. I hate being a pessimist, but I really can’t see the great man returning to Glasgow. Unless Both Samaras and Fortune were sold (An easy five million to be made), he won’t return. And with Bellamy looking like a Tottenham player soon, it narrows down our prospects for a ‘star’ striker.

In a system like this, the midfield, particularly the triangle of three central midfielders, is far more important than the striker, but this shouldn’t hide our desire for a quality striker. Without drivelling for too long; we need a goal scorer, Neil.

All of this is irrelevant of course if we don’t have a defence to build a formation on. If we defend like we have done for the past 24 months or so, then we can say goodbye (again) to the SPL trophy. Simply, change is needed at the back.

I never want to see a Celtic centre half being dominated by Kenny Miller again. And I never want to see no hopers like St Mirren being able to score four goals against us so easily. With the Campbell deal looking more and more unlikely, it’s hard to see where we’ll get our defensive stability from. If Thomas Rogne stays fit, then he will undoubtedly be an asset for the club. But unless he gets an experienced and quality partner, he could well suffer what Josh Thompson did last season.

What will happen in the next six weeks or so is anyone’s guess. We could have Sol Campbell and Robbie Keane in our ranks, or we could be papped out of Europe and have Georgios Samaras as our main striker. Who knows? One thing I do know, however, is that if Neil Lennon has any balls and wants to really bring back the thunder, then he’d make a great start by ditching the old and bring in the new. 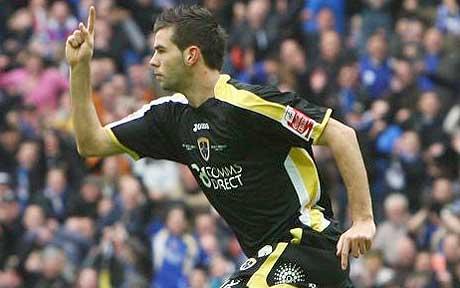