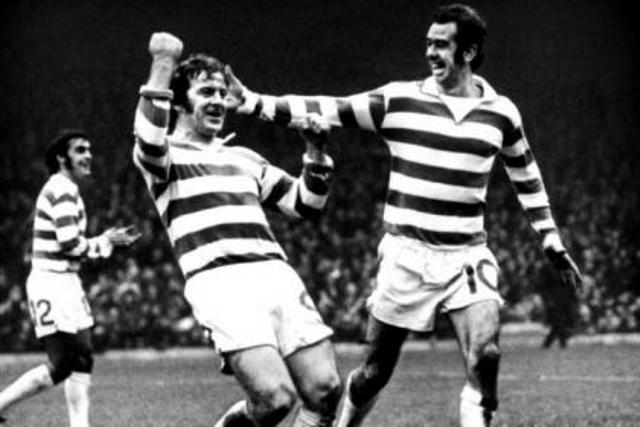 Few Celtic fans could have realised the very significant personal feat they were about to witness, on a dark, damp, winter’s day at Celtic Park in 1973.

The memory of Thistle’s historic 1971 League Cup final victory was still fairly fresh in the memory from just two season’s earlier, and perhaps this gave Celtic an edge on the day, as if to prove a point.

Alan Rough, such a tremendous ‘keeper through the years for both Partick and Scotland, was not yet at his peak and this showed after 8 minutes. Bobby Lennox swung over a cross which Rough could only punch upwards, and as the ball came down, Dixie Deans headed in his first goal of the day.

Dixie netted his second in 16 minutes after he beat Rough to a Tommy Callaghan cross, and the Celts were 3-0 up by the half time break when Deans ran on to a Harry Hood through ball, to cleverly round Rough and score.

After the break the Celtic striker continued where he had left off. Always a great header off the ball, Dixie rose superbly at the back post to powerfully head home a fine Hood cross.

Dixie turned provider in 64 minutes when Bobby Lennox worked a great one-two with him and fired number five past the hapless Rough. The Celtic fans liked what they were watching as they chanted ‘we want six !, we want six !’, to spur on their heroes.

In 74 minutes Parkhead exploded when Hood sent over another terrific cross which Dixie easily converted from close range. The denizens of the Jungle enclosure now roared, ‘Dixie Deans superstar, how many goals have you scored so far !’, as the fans struggled to keep tally of the goals that were flying in.

Dixie then proceeded to miss a couple of relatively easy chances, to show he was only human after all. Then, in the last minute, he rounded off a double hat trick, after being set up yet again by the excellent Harry Hood, to receive the loudest roar of the day as the score finished Celtic 7-0 Partick Thistle.

Dixie’s six goal feat was most note worthy and he had eclipsed the likes of Neil Mochan, Bobby Lennox and Steve Chalmers, who had scored five goals in the same match, in previous seasons. However, he was still two behind the great James McGrory, who hold the club record with eight in a match against Dunfermline in 1928. McGrory was actually in attendance on this day and he joked afterwards that he had spent most of the game worrying about his record.

After the game Dixie was presented with the match ball, in time honoured fashion and he sportingly paid tribute to the merits of Harry Hood who had set up five of his six goals. It was reported later that the players and management of both sides signed the match ball, as did the legendary Jimmy McGrory.

One wonders if Dixie still has this prized asset in his possession today ? 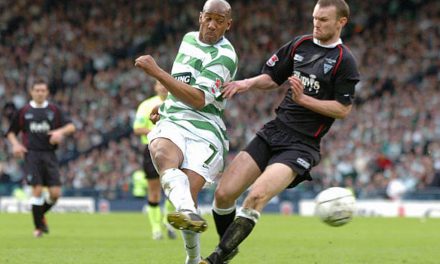 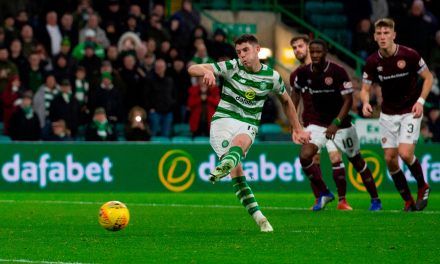