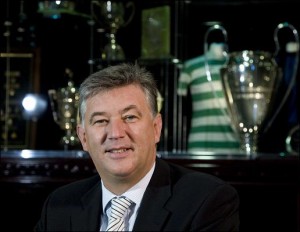 An excellent piece in today’s (Saturday 23rd) Scotsman reignited my thoughts on the ridiculous coverage of the Peter Lawwell throwaway line at last week’s AGM.  Interspersed by the issues in Amsterdam, the press have been pouring over these comments and passing judgment with the type of alarmed indignation that really should be reserved for important matters such as…eh robbing the taxpayer of £hundreds of millions perhaps?

1)   It was a closed private meeting – clearly stated by the Chairman at commencement.

2)   The comment was a glib off the cuff remark that 2/3rd of the room didn’t initial catch/get.

The latter point has been completely missing from any discussions about the rights and wrongs of his comments.  Don’t get me wrong, I grasp the concept the liquidation deniers are trying to get across: that in the last desperate days of the dying regime, from their bunker in the bowels of Ibrox, the football club was packaged off and sold, leaving behind the shell of the parent company to die, alone.  The problem is that is just poppycock!!

I get the concept – a conglomerate with various business strands gets into difficulty, but some parts of the business are OK.  These salvageable parts are therefore stripped out and sold to provide the creditors with some value.  But RFC was not a conglomerate.  Every penny of debt accrued was created in the attempt to win football trophies.  To use the terminology of the deniers – ALL OF THEIR DEBTS WERE FOOTBALL DEBTS! (Along with another circa £150m – £200m of MIH debts too, but that’s for another day).

In addition to illustrating the victory of the RFC thugs in changing the media narrative (rather than just doing what we, Hearts and Dunfermline have done and save our club) into liquidation denial, it has also illustrated why Celtic have kept their own counsel on this when so many within our own club wanted statement after statement – The media have been desperate for the Rangers liquidation story to become an “Old Firm “ story.

Let’s be honest, the term Old Firm came about because of the business generated by combining the two of us into one media story.  Why does every night of the Clyde phone-in commence – Rangers good, Celtic bad (or occasionally vice versa)?  Even in coverage of the situation in Amsterdam we have seen “sensational” coverage of the “violence” of Celtic fans and the next day coverage of how bad the Dutch cops were, yet the information was available for a balanced story on day one.

The Scottish football media are very lazy and not very good at their jobs (lets face it, decent ones head down south and never come back).  Their lazy narrative has always been to play one half of “the old firm” against the other to drive sales.  The whole RFC fiasco has been a disaster for this lazy narrative.  Whilst Celtic have remained silent, the story has been Rangers bad after bad after bad.  They have tried to halt that by creating good and bad within the Rangers mini-saga, but even that has been a disaster as it has usually turned into two shades of very dark grey.

The Rangers liquidation denial is therefore essential to that lazy narrative.  Rather than inventing a new way of doing business, they have just colluded on the concept that a bust entity isn’t bust.  By promoting this nonsense they can still cling to that “Old Firm” good/bad strategy.  THAT was why Celtic kept quiet.

During the last few years there have been enough statements to understand the message of the Celtic Board.  These statements were sufficiently vague to imply our position without allowing the media to jump onto an “Old Firm” war of words.

Lawwell made one flippant off the cuff remark – the media mask slipped and we got the obvious SENSATIONAL responses to these AMAZING remarks from the tabloid diddies, but our pseudo intellectuals of Spiers and English illustrated they too are lazy and require an “Old Firm” narrative to write a story. 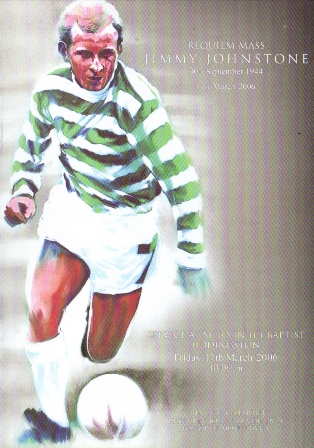 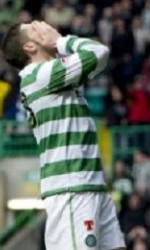