There is a lot of claptrap talked about Scottish football attendances. Even on here I have read people say that returning to the 80’s wouldn’t be a bad thing, a time when we had bumper crowds and exciting games against Dundee Utd, Hearts, Aberdeen AND Rangers. Yes we had some exciting games, but bumper crowds? My recollection of that time was a big crowd being 35,000 against Hibs and being able to decide at 1pm to go and pay at the gate for the Rangers game. That memory is borne out in the stats. In 1983-84 our average attendance was just above 18,000. Two years early Rangers were struggling for 16,500. With the exception of the immediate 10 years post WW2, the last 15 years have been consistently the best attended years of football in Scotland since the formation of the SFA! And as for the league depth of quality, whilst Aberdeen and Dundee Utd were attaining European glory, I recall there would always be a whipping boy at the bottom of the league, far worse than Dundee this term, oh and possibly that whipping boy was part-time as there were only 9 full-time clubs some seasons in the Premier League.

Every independent survey of Scottish football fans states that we, the paying customer, are fed up playing the same 4 teams every season and that a bigger league is required to eliminate repetition.  Those running the game tell us that we cannot have a 16 team top flight.  The say the economics of just 30 matches would be too few games furthermore a return to 18 would be a disaster – that was done away with because of falling crowds.  The thing is, the replacement of the 18-team league with a top ten didn’t fix that – indeed it has compounded things.

The four seasons of the old set up had average attendances across Scotland of;

The four seasons AFTER the new structure;

After this period, attendances fell even further to below an average of 4,000 and it wasn’t until the arrival of Souness (love him or loathe him it changed things) in 1986 that we saw average Scottish attendances go back to the 5,000+ level.

When we take the 12 years prior to the formation of the Premier league and a move away from a big top league, the average attendance at every football game in Scotland was 5,001.  When we take the 12 years after the creation of a smaller top flight, a set up designed to bolster flagging crowds and improve the economics of our game there were an average of 4,029 per game in that period. So to spell that out – dropping from a top league of 18 to a top league of 10 reduced average attendances in Scotland by 20%!  So if a big league is such a bad thing, why in 35 years have we never returned?  Simple, the elite to 10 – 12 clubs have (to date) been able to muddle through, a big attendance every 5 weeks when one of the Glasgow big two come to town has kept them going.  But, unnoticed, this obsession with the big two teams has also resulted in the creeping death of our game.

Scotland does well in attendance league tables.  In terms of viewing on TV and attending the top league we’re second behind Norway in Europe (well ahead of England).  In terms of attending any game we’re also doing well in 4th place in the world with 3.68% of our population attending games in the league set up every week (indeed of world countries with populations above 1.5m we’re the best attendees).  But beneath them we see the hidden creep that the Celtic/Rangers obsession of the last 35 years has created – of that 3.6% rate fifty percent (50%) attend just these two teams.  Portugal, Croatia and Greece get close with 40% attending top two teams.  Countries we’re compared with like Holland, Belgium and Denmark are between 20% – 30% for the concentration on the top 2.  The obsession of one of Celtic and Rangers HAVING to participate in one of (if not both of) the days big games focused media attention even more, which made their games THE games, which focused attention etc.

So what’s the solution – better redistribution of gate as well as TV money?  Possibly and perhaps in keeping with the socialist leanings of our fans, but whilst providing a domestic solution it ignores the international competition Celtic participate in.  For me we have a once in a generation opportunity for radical change.

It’s clear in all of this debate that we clearly have a large divide in Scottish football – illustrated by the 14 – 14 split in the SFL.  It appears to me from recent debates and media leaks that we have circa 26 clubs with aspirations to be top-flight teams and circa 16 teams who don’t.  There is nothing wrong with the latter taking that view.  Indeed we shouldn’t be trying to make these 400 – 800 spectator, community based, part-time clubs something they don’t want to be.  Therefore we should stop the charade of trying to make all 42 clubs equal.  Patently they are not and don’t want to be.  It seems clear to me that there has to be two solutions – one for the 26 and one for the 16 and this is where the honesty mentioned above come in.  Clubs need to honestly assess their ambitions (there is no shame for saying they have none) and those with no aspirations to progress through the pyramid should be allowed to find their appropriate level.  Those with aspirations (and that may include juniors and Highland league clubs) should be provided with the funds to achieve that aspiration.

Change shouldn’t be about the top few getting lots of games against Celtic and Charles Green’s Rangers.  Change should be a league structure that provides the fans the greater variety they want and an economic model that focuses on the club marketing their own team and not reliant upon 4 home fixtures a season and allows clubs to flourish on their own merits.  And if we’re stripping the system back to focus all efforts on the success of the (circa) 26 elite clubs, surely can be managed by just one governing body? 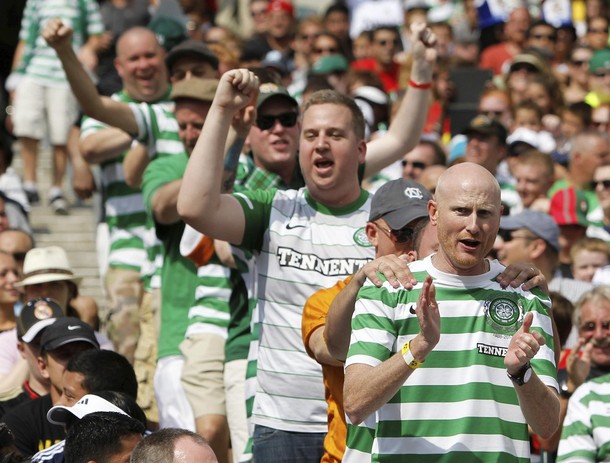