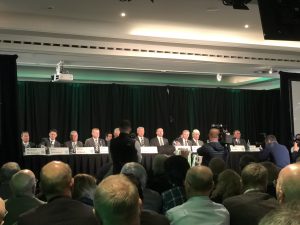 Season 2020/21 was always supposed to be the end of an era. As 10-in-a-row was completed, the club would be lifting their eyes beyond domestic superiority towards European recognition. Peter Lawwell will be 62 in June of 2021, and what opportune time to step down as chief executive than with 10-in-a-row in the bag, along with multiple millions of pounds. With Peter being such a dominant personality and character within the business, his departure would naturally require major changes. The expectation within the club was that with domestic achievement in the form of 10-in-a-row finalised, that the risk associated with a transformation of the entire business, from the chief executive and through the football division, would be minimised knowing that the immediate requirement to set that domestic record had been achieved. And if the transition to a 21st century elite European footballing model had some bumps in the road, these would be forgiven by the fans because 10 had been achieved.

The club knew from the day the Brendan Rodgers arrived, that he would be departing at some point when an elite job arrived. I am sure they hoped that they made get close to achieving the 10 before that happened, but when it occurred three-quarters of the way through the eight-in-a-row season, going to Neil Lennon as their caretaker manager was an understandable and almost obvious choice. That they then continued with Neil for the nine and 10-in-a-row seasons gave an insight into their thinking – that nothing was more important than achieving the 10, and in order to do that, the appointment of the manager had to be as risk free as possible. They couldn’t trial out a “sexy” European coach who might be blown away by the febrile atmosphere in the city as the 10th-in-a-row season approached. Their statements that Neil “knew Glasgow” confirmed that they saw the attainment of that domestic record as the most pressing issue.

Knowing the massive implications of 10-in-a-row, the club threw their player trading policies out the window. In the last three seasons, we have made a net loss of over £5 million on player trading as they geared up for the 10th of 10-in-a-row. In the summer, none of the prized assets of the playing squad were sold, and we signed a Greek international goalkeeper with Champions League experience, the Irish captain and a striker from the English Premiership (Ajeti) who had a proven record when playing alongside another player whose loan was extended (Elyanoussi), and of course there was the signing of  Scotland’s most promising young midfield player in Turnbull. They kept the squad together, and they backed the manager to attain 10-in-a-row.

The plan was obviously to reach that 10, have multiple millions in the bank, and be in a position to implement the changes. COVID ruined all that.

Despite that, my understanding is they continued with their review of the business, and the recommendations based upon the departure of Peter Lawwell which involved a new chief executive and a transformation of the footballing division, including a director of football. My own expectation, however was that egos, and the need to make immediate changes, would stop all of that. It’s all well and good to plan to retire at 62 and hand over the reins with 10-in-a-row achieved and money in the bank However it’s a very different thing, after seventeen years at the helm, to hand over the business with the money spent, and no trophies in the cabinet. Looking at the club for the previous 17 years, and their desire for financial stability, my expectation was that it would be too much of a major transformation to make all of those changes after the pandemic, and that we would see the footballing changes occur, but Peter Lawwell remain in place.

The appointment of Dominic McKay illustrates that perhaps those plans are still going to take place. My expectation was that if anything was to occur, it would be the retention of Peter for at least one more season (the ego of going out on a win plus the thought process of having some stability in the senior management team made me think that that would be the route they would go down). I was therefore pleasantly surprised at the announcement of the appointment of Dominic McKay. Not just because we have a different type of CEO, but because it indicates to me that we may well continue with the plans that are in place for the football side.

Dominic McKay appears to have a very different set of skills to Peter, and vice versa. The area that many fans criticise Peter for being involved in is the de facto Director of Football however, Dom McKay will have no experience in this field, consequently I would suggest that a director of football will be absolutely essential with his appointment (it may not be a director of football, the job title may be sporting director, or head of football division, or some other title).  Whatever the title, the principle will be that we need to appoint somebody who’s in charge of the academy, the sports science, the analytics and planning for the future to allow us to recruit as high a profile coach as possible.

My hope for some time in the lack of change on the manager level has been that the board had made an assessment that changing Neil, with the plans that they have for the changes in the football division, would be not worthwhile. If we are appointing a DoF, dispensing with the services of Neil Lennon would appointing for the very short term, and perhaps the concern of the board was that such a short-term appointment would get even less response in the players than retaining Neil in situ.

For some time that the plan was for Peter to retire at the end of the season. Reviews have taken place to assess the best way implement a change in both the business and the footballing structures of the club. My fears were that the issues created by this season (spending all their cash because of COVID, and the lack of success on the pitch) would put some or most of those changes on hold. The more I hear of Dom McKay and his skill set, the more I believe that those changes mentioned on podcasts and Twitter earlier in the season will come to fruition.  But we will need more than a change of CEO.

We will need big changes in the culture of the club.  A new board of NEDs, changes to the academy (both coaching staff and improvements in facilities), scouts on the ground in key markets – paid for Celtic employees not just good contacts.  On sports science, medical staff and analytics we can afford to buy the best guys and best equipment available to make us an exemplar other clubs will follow.  We will need to hire the very best coaching staff – look to the academies in Europe and South America that are producing the top talent and buy in their coaches. We we need to recruit a first team coach who is comfortable managing £10m players whilst also bringing through youth players to become first team stars and we need a DoF who can oversee all of this, who understands our club and the culture we would wish to foster to allow for those elite coaches to slot in and out without having to tear things up and start again.

A new CEO who isn’t a de facto DoF will be good.  A DoF who understands communication and marketing will be good but a transformation is required, taking us from the 20th into the 21st Century on on football model.  If these changes take place and we really are lifting our gaze beyond parochial domestic requirements, in more ways than one, this season will be an end of an era. 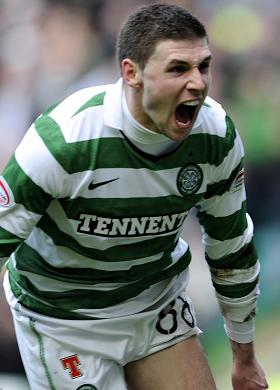