Time for the good, the bad, and the ugly from Sunday’s 2019-2020 season Scottish Cup final Celtic vs Hearts. Non-penalty xG was 2.77 vs 1.88 per Wyscout, but this requires some unpacking to get a decent analytical sense of the game, IMO. Wyscout had shots at 16-12 ex-penalty.

The first half was more controlled by Celtic than the rest of the game, but hardly at a level where is needed to dominate a game. Non-penalty xG (npxG) was 0.48 vs 0.24 on 7 vs 3 shots. Celtic enjoyed some positive variance, as Christie’s shot was of the sub 5% probability sort, and the handball was a hugely positive event. The second half npxG was 0.72 vs 0.69 on 4 vs 5 shots, with total npxG before extra time of 1.21 vs 0.94. It was 1.56 vs 0.94 in extra time on 5 vs 5 shots, but this is an example where context is important.

The sequence of Griffiths’ goal represented 3 of those shots and 1.51 of xG. I had not realized it live or even on the broadcast replay, but Brown’s header took a slight deflection off Griffiths, which Wyscout credited with a shot. Given its location and closeness to the goal, it was given an xG of 0.64. I think it is reasonable to exclude that deflection from the xG tabulation, which would shift the npxG for the game to a coin flip.

First good goes to the Edouard-Taylor crossing tandem. Excluding the penalty, Edouard had 0.83 xG with 2 of 3 shots on goal. He was central to the build-up which resulted in both 1st half Celtic goals, and the idea that any of his 3 shots were “sitters” is an example of how xG can be important information and context. Most people overestimate the probability of chances- Edouard’s 3 misses had pre-shot xG values of 0.14, 0.29, and 0.40. Edouard suffered once again from lack of service, with him receiving just 9 passes compared to 16 vs Kilmarnock. Taylor’s performance was solid while being accurate on 3 of 6 crosses for an xA of 0.68, 2 key passes, and 12 progressive passes.

Last good and my MOTM goes to Scott Brown. He had an uncharacteristic 0.28 xG on his 2 shots, including the big header. His defensive and ball recovery output were excellent, with both high volume and efficiency. He won 24 of 34 duels overall, 10 of 13 defensive, 7 of 8 loose balls, had 8 interceptions, and 21 ball recoveries, all while losing the ball just once in our half. Unsurprisingly for a Cup Final, Brown gave what he had to offer.

Bad unfortunately goes to Celtic playing the game on Hearts’ terms. I tweeted before the game that the lineup seemed to suggest we were unwisely on a path to go “toe to toe” like Apollo Creed in Rocky I. While the entertainment value for some was quite high, the Naismith-Halliday axis of douches were successful in dragging Celtic into a quagmire of nonsense.

Brown’s selection and starring role in the WWE-esque storyline offered plenty of compelling narratives for journalists & the PR people at Celtic, but also needlessly gambled the very history that Celtic was “lucky” to achieve on the day.

A defensive spine of Brown/Jullien/Duffy was vulnerable to transitions, and this screenshot from the 11th minute shows the kind of risks we took.

We regularly threw everyone forward with exception of those 3, with Duffy and Jullien well into the attacking half. The game changed in the 2nd half when Hearts ramped up their pressing intensity and had Boyce and Naismith in between the space left between Brown and the CB’s. Chaos really ensued after the speedier Ginnelly came on in the 57th minute.

While service to Edouard once again suffered, the impact on McGregor was notable once again. He won 10 of 20 duels Sunday vs 7 of 12 vs Killie. He had just 4 progressive passes vs 17 and zero xA vs 0.36 against Killie. So while Brown’s output was excellent and his km’s run was surely high, it came at a big cost- more chaos. His stats were buffered by the chaos as reflected by team interceptions being nearly double the rate vs Killie, which is a rate similar to that vs Lille when we were the team anchored defending most of the game.

Lennon gambled and won…barely. Now the major question becomes whether this was due to egos/selfishness, incompetence, or some blend. Regardless, it once again displays judgment which makes a serious title challenge unlikely as long as he persists.

Once again, no ugly today. One of my pet peeves is the binary and tribal nature of our current existence. For whatever reason, nuance, and multiple conflicting things being true are difficult to express publicly these days.

While my assessment of the performance and Lennon’s decisions for the final are quite negative, that is separate from the incredible accomplishments of the past 4 seasons, the club’s domestic hegemony over 9 seasons, and Lennon and Brown’s places in history. Celebrating those historic accomplishments made Sunday a day to remember. The present and future challenges and reality resume Wednesday vs Ross County. 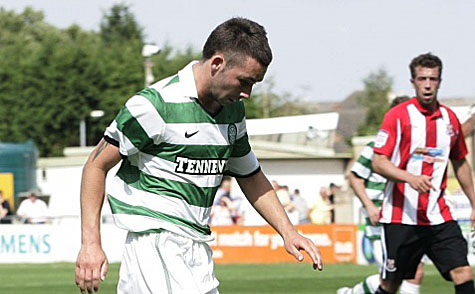