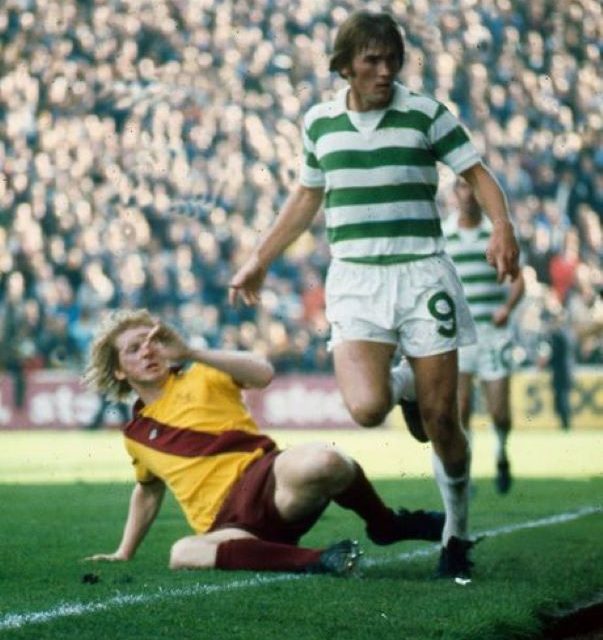 With Celtic due to play Motherwell on Sunday, St Anthony looks back on a previous encounter between Celtic and the ‘Well from 1976.

In the autumn of 1976 the rise of Aberdeen and Dundee United saw them holding the top two places in the Scottish Premier League. Celtic were required to respond and faced a difficult match against Motherwell at Parkhead. Just seven days previously Motherwell had defeated Rangers 3-1 at Fir Park with their excellent strike force of Bobby Graham and Willie Pettigrew tearing the Rangers defence apart. With ex-Celt Vic Davidson and Peter Marinello supplying the ammunition for Pettigrew and Graham, Celtic were sure to be in for a difficult afternoon. Motherwell had also been something of a bogey team for Celtic in recent seasons with two wins in their last three games at Parkhead.

For their part, the Celtic team had changed significantly since the start of the season. The experienced Pat Stanton had arrived from Hibs and steadied the defence which had been leaking badly. Joe Craig had been signed from Partick Thistle and had added strength and purpose to the Celtic attack. In midfield, the young Roy Aitken was now a regular with his energy and drive. This was a new Celtic side and they were now required to make their mark.

Celtic started the game on the front foot with Danny McGrain very much to the fore with his marauding runs from right back. It was McGrain who set up a chance for Kenny Dalglish to send a crashing shot at goal only for Motherwell keeper, Stuart Rennie, to make the save of the game by spectacularly turning the ball over bar. Dalglish went close again when his angled drive went just past the post. Then Motherwell attacked the Celtic goal with Peter Latchford having to save from Bobby Graham.

There was no scoring at half time and both teams came out with purpose in the second half. Willie Pettigrew, with a host of English scouts watching from the stand, at last broke free of Stanton’s shackles and hit the side netting when he had support in the centre. In 57 minutes Celtic took the lead. Craig caused uncertainty on the edge of the penalty area and Paul Wilson set up Dalglish to send a glorious 20 yard drive flying past Rennie. In 65 minutes Dalglish was the Celtic goal hero again. This time it was Johnny Doyle who teed up Kenny at the edge of the area and he send a delightful low shot firmly past Rennie to give Celtic a two goal lead.

Celtic continued to attack with both fill backs, McGrain and Andy Lynch, always a threat but it was Motherwell who had the best opportunity before full time when Gregor Stevens was clear on goal with Peter Latchford making a fine save to deny the Fir Park men a consolation goal.

At time up there was much glee from the Celtic crowd when new filtered through that Partick thistle had beaten Rangers 2-1 at Firhill with Dundee United losing at Pittodrie, a result which move Celtic into second place. The ‘new’ Celtic was now taking shape. Stanton controlled the back four, Craig was a goal threat and had a physical presence up front and the two jewels in the crown were McGrain and Dalglish, both players who were now at the peak of their playing careers at club and international level. Many fans reckoned that Dalglish’s talents ‘carried’ Celtic at this time and it was difficult to disagree given his outstanding play and tremendous goals he had grabbed on the day.

This result set Celtic up nicely for what was to be a successful season. 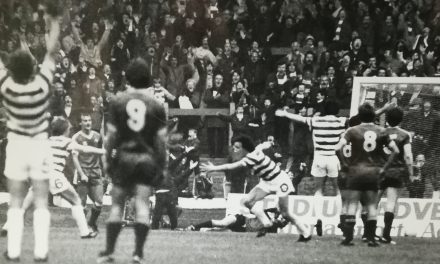 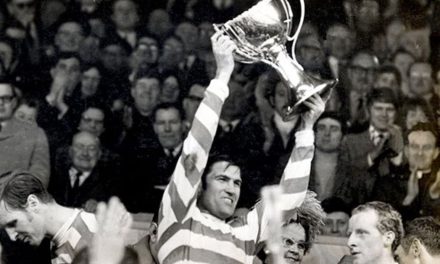 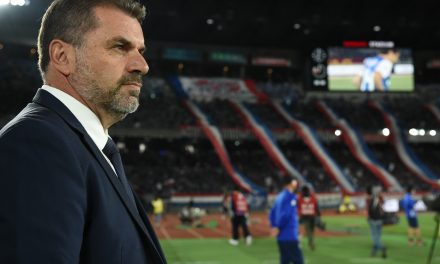 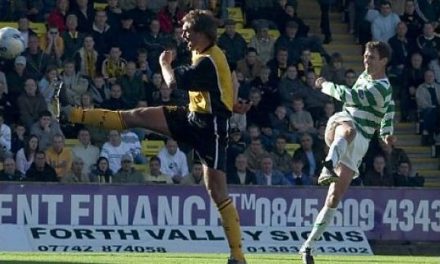