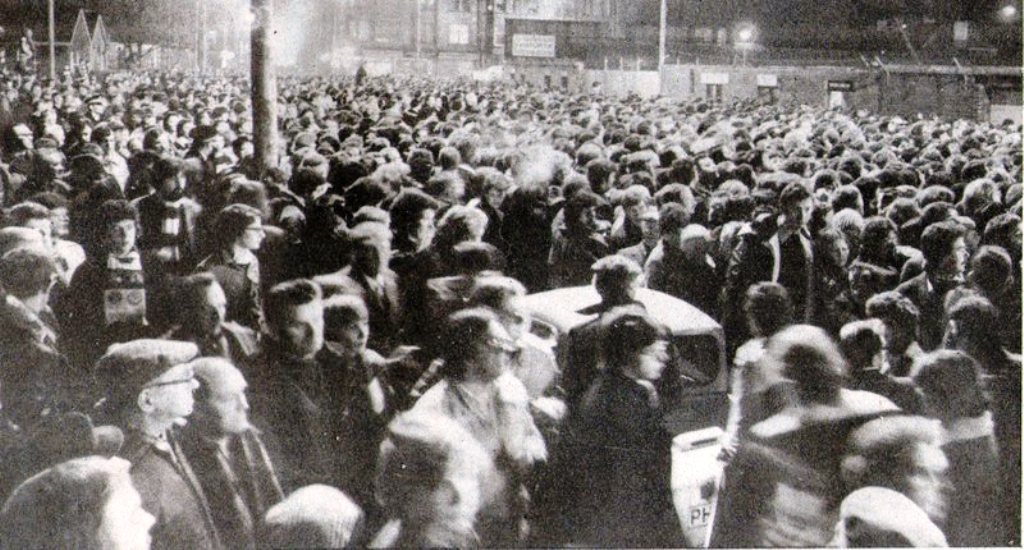 Tomorrow, February 20th, marks the 40th anniversary of one one of Celtic’s greatest ever cup victories in one of the most remarkable football games Celtic fans of my generation ever got to witness. An occasion when 27,166 fans (aye, and the rest) packed into St Mirren’s old Love Street ground for a night when sheer passion and raw spirit won the game for the Celts. This excerpt is from the book Ten Men Won the League. The author is a good guy and I know he won’t mind me printing this in tribute to Billy McNeill and his team. Read on….

At approximately 4.45pm, on Saturday 16th February 1980, Celtic were well on their way to exiting from the Scottish Cup. There were only two minutes remaining and St Mirren were due a deserved victory, as they had been the better side on the day, although Celtic were making their expected late charge to find an equaliser. The best Celt on the day had been Davie Provan, and it was he who procured the equaliser, when he created space on the left, and chipped over a fine cross for Murdo MacLeod to score, with a downward header.

A fine crowd had attended the cup tie, and the replay at Love Street four days later really caught the imagination of the paying public. Both teams had a fine reputation for attacking football, with Celtic on top of the Premier Division and St Mirren close behind, in third place.

A huge crowd of 27,166 crammed into the tight Love Street ground, creating a wonderful cup tie atmosphere. The kick-off was held up for fifteen minutes as fans struggled to gain entrance, with thousands outside impatiently seeking entry. Inside the ground spectators climbed perilously on to floodlight pylons to gain a better view of the proceedings. The fans were not to know it but, they would be treated to two hours of frantic football. They created an air of bedlam throughout. The lucky ones gained entry, for there were thousands of fans locked outside, when the police insisted on closing the turnstiles for safety reasons, shortly after the kick off.

St Mirren started brightly, and could have scored before Bone got the opener in eleven minutes, when his looping header from a Richardson free kick found the net, with Latchford badly at fault. McCluskey carried Celtic’s biggest threat, and had a couple of fine runs, which deserved greater reward, before Celtic were dealt a huge blow in eighteen minutes.

Celtic defender Tom McAdam, and St Mirren striker Frank McDougall, clashed off the ball, after McAdam cleared the ball upfield. Most people in the ground missed the incident, including referee Ian Foote, but after consulting the far side linesman, he elected to book McDougall and chose to send off McAdam. This seemed a harsh decision, and a hail of cans and missiles rained down on the linesman, from incensed Celtic fans. Officials and players took refuge on the field of play, away from the trouble, as police sought to restore order. Alcohol was still allowed in football grounds in early 1980, and the majority of Celtic fans within the covered enclosure were heavily intoxicated, which was still no excuse for such behaviour.

He may not have realised it at the time, but Foote inadvertently did Celtic a favour. The Celtic fans, angered by a sense of injustice, roared out their usual battle cry, in what was now an increasingly familiar situation to them.

We only need ten men!

Celtic players now showed an increased sense of urgency, and they pulled themselves level on the half hour. McCluskey cleverly beat an opponent, and his through ball sent Doyle clear on goal. The Celtic forward cleverly feinted to shoot, allowing keeper Thomson to make his move before calmly placing the ball past him into the net. It was a wonderful finish, and Doyle milked the adulation of the fans behind the Love Street end goal.

Just before half-time, McDougall went down after a heavy tackle from McGrain, and after he had been treated by the Saints’ physio, was stretchered from the field. He was replaced by Brian Docherty. As he left the pitch, McDougall was barracked loudly by the Celtic support, who saw him as the instigator of McAdam’s dismissal, and took great delight that McGrain’s tackle had been a sufficient reprisal. Regrettably for McDougall, it was later announced that he had suffered a broken leg, and would now miss the rest of the season.

The relentless pace carried on after the interval, and McDonald became a huge threat to St Mirren in the air. Twice he came close to giving Celts the lead from towering headers with Saints keeper, Thomson, again proving he reserved his best form for games against Celtic, as the ten men Celts took the game to their opponents.

Controversy reigned again in the 59th minute, when Weir appeared to stumble after a Provan challenge in the area. Ian Foote had no hesitation in giving a penalty, despite the protests of the aggrieved Celtic players. Latchford was almost the hero after he saved Somner’s initial attempt from the spot, but the Saints man kept his composure and slotted the rebound past the Celtic goalkeeper, putting his side in front.

Celtic’s sense of injustice burned deep inside them, and the players now increased their efforts to get back on level terms. McCluskey was inches past with a shot, when Celtic were awarded a penalty of their own. Provan and Doyle worked a short corner, and as Doyle raced into the penalty box, Weir sent him crashing to the ground with a clumsy tackle. The veteran Lennox showed commendable coolness, placing his penalty calmly past the gallant Thomson at the Caledonia Street end, to force the game into extra time.

The additional period had barely started, when Doyle again took a hold of proceedings. He raced clear from the half way line, knocking the ball one way past a defender, running round the other side of him. McCluskey was in an offside position, and had he moved towards the ball he would have been flagged, but he stopped to allow Doyle the chance to chase after his own pass. As Thomson came out from his goal, Doyle went past him, but knocked the ball too far ahead. He then managed to retrieve the ball on the bye line, just before the ball went out of play, with Thomson back on his line and the Saints’ players racing back. Showing great quickness of thought, Doyle looked over as if to cross, only to turn and hammer the ball at Thomson, at his near post. The Saints’ keeper was taken totally by surprise, and the ball rebounded off him and into the net.

Doyle raced away in delight, and the roar of appreciation from the Celtic fans was deafening. For the remainder of extra time, Doyle, Provan, MacLeod and the other Celts continued to run as strongly at the end of a two hour stint, as they had at the beginning, in an impressive show of fitness. Manager McNeill was left with the luxury of not having to using either of his substitutes, Sullivan and Casey, so satisfied was he with the performance and fitness of his players.

Some observers commented that Celtic had played as if they actually had twelve men, rather than a reduced ten, and St Mirren now looked a broken team, with little spirit to fight back. At the end of the game there was much celebrating from Celtic players and fans, and this time the highlights were actually shown on television, later that night. By now the supporters were becoming accustomed to their team’s ten men heroics, and they sang a familiar tune in praise.

‘They should have filmed this Scottish Cup replay in glorious Cinemascope for it was another mighty epic of searing endeavour, raw courage, a tremendous fight against the odds and heart stopping action. Celtic took all the Oscars in sight and their 3-2 victory at a Love Street which seethed and shook like an earthquake for 120 pulsating minutes will go down in history as a supreme example of what makes a club great. Evening Times, 21 February 1980.

There were no bad players in this Celtic side, only a few supermen and a bionic player or two. Saints, who left the field with the look of men who had climbed Everest only to find it had grown overnight, did everything possible to stem the energy from this Parkhead machine. It was not enough in the end but they did give it one heck of a try. Glasgow Herald, 21 February 1980.

One man could rightly feel a great deal of satisfaction and a sense of achievement as he sat in the sanctuary of the St Mirren dressing room. The Celtic forward, a two goal hero who was his team’s inspiration on the night. He ran himself into the ground for two hours, all for the honour of wearing a Celtic jersey. He would have been burning with pride to hear the sound of the fans singing his name in praise, long and loud, as they exited into the cold Paisley night air. He knew that he had now repaid in full the debt he owed to both team mates and fans.

John Doyle, the villain of the peace in the 4-2 game in May 1979, had found redemption at last. 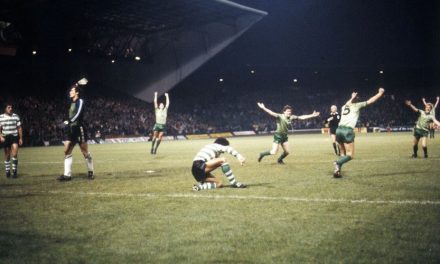 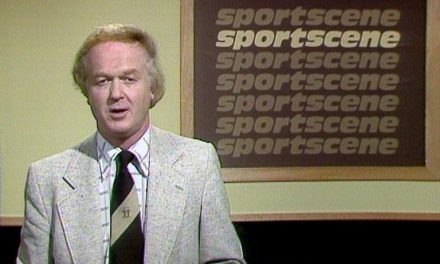