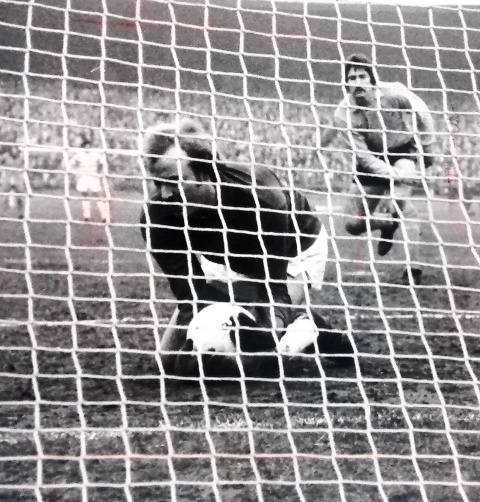 In October 1976 Jock Stein eventually tired of the eccentricities of his wayward young player, Andy Ritchie. Andy was reckoned to be as skilful as any player in Scotland but a lack of application on his part had allowed Stein to accept an offer from Morton for Ritchie’s talents.

At this time Stein was in the market for an experienced back up goalkeeper for his number one choice, Peter Latchford. In recent months both Ally Hunter and Denis Connaghan had departed from Parkhead and in view of this Stein accepted a part exchange transfer with Ritchie going to Cappielow and the Morton goalkeeper, Roy Baines, coming to Celtic in return.

English born Baines had a great deal of experience in Scottish football from his time at both Hibernian and Morton although he knew that he would have to play second fiddle to Latchford and hope that an opportunity would arise at some point.

On 19th March 1977 Celtic visited Ibrox and claimed a decent 2-2 draw which kept them on top of the table and on track for the league title. The only down side had been an ankle injury to Peter Latchford which meant that he would be out for a three week period, meaning that Roy Baines was now able to make his debut against Dundee United the following week.

United were having a good season and their young players like David Narey, Paul Sturrock and Graeme Payne were beginning to blossom under the tutelage of manager Jim McLean.  They settled quickly into the game, having the better of the first half, and were awarded a penalty in the 25th minute after a Danny McGrain foul on Paul Hegarty.

United’s goalkeeper ,Hamish McAlpine, was nothing if not a character and he was United’s regular penalty kick taker at this time. The Celtic support in the 37,000 crowd looked on in astonishment at the sight of a goalkeeper about to take a penalty. However, McAlpine was to discover that Roy Baines was about to psyche him out.

As McAlpine approached to take the kick, Baines turned his back on him, thus causing McAlpine to delay his kick. When he eventually took it, Baines made a fine save by diving to his left, managing  to smother the ball in the process. This caused McAlpine to race furiously up the park towards his own goal as the Celtic fans roared for Baines to clear the ball upfield towards an empty net. United striker Tom McAdam put paid to that idea when he wrestled Baines to the ground, deliberately giving away a free kick to allow McAlpine precious seconds to scramble back to his own area.

Baines’ save had now given Celtic the initiative and on the stroke of half time, Joe Craig spectacularly headed in a fine cross from Alfie Conn. Celtic never looked back after that and McAlpine’s misery was complete in 50 minutes when he hauled down Johnny Doyle to concede a penalty. Celtic’s regular penalty taker, Ronnie Glavin, made no mistake as he powerfully blasted the ball past the unfortunate Hamish. That was the end of the scoring although Craig almost made it 3-0 when he hit the bar.

There was some excitement before the game when the English player of the year for 1977, Andy Gray, turned up in the Celtic Park stand to lend his support to his old Dundee United team mates. Gray had been injured whilst playing for Aston Vila and Jim McLean must have wished that he still had Andy available for selection in view of the result.

A fine day was rounded off when it was discovered that relegation bound Kilmarnock had beaten Rangers 1-0 at Rugby Park which ensured that Celtic’s league victory was only to be a couple of weeks away. Roy Baines, in no small way, had now contributed towards this very success. 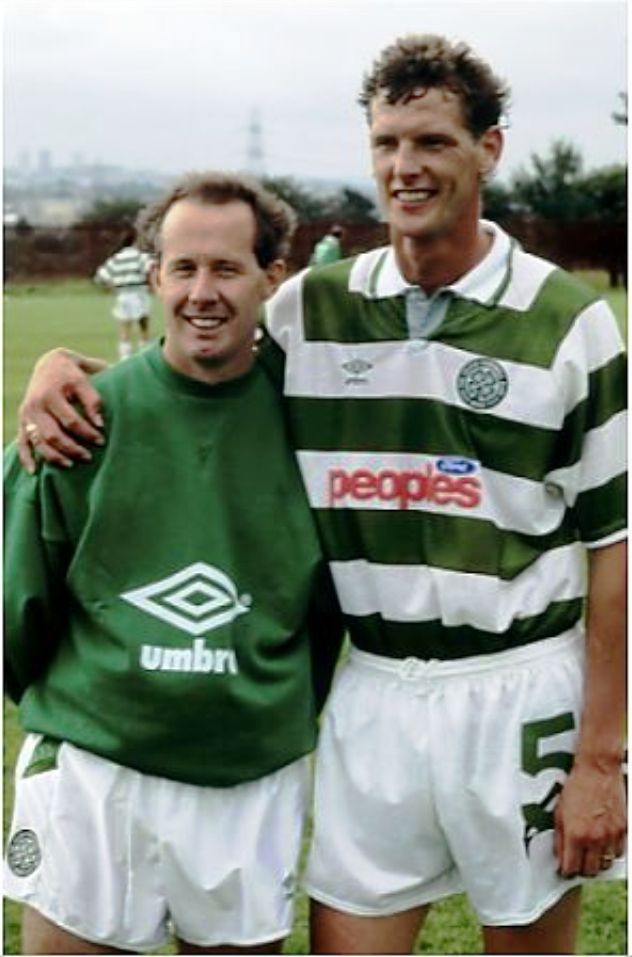