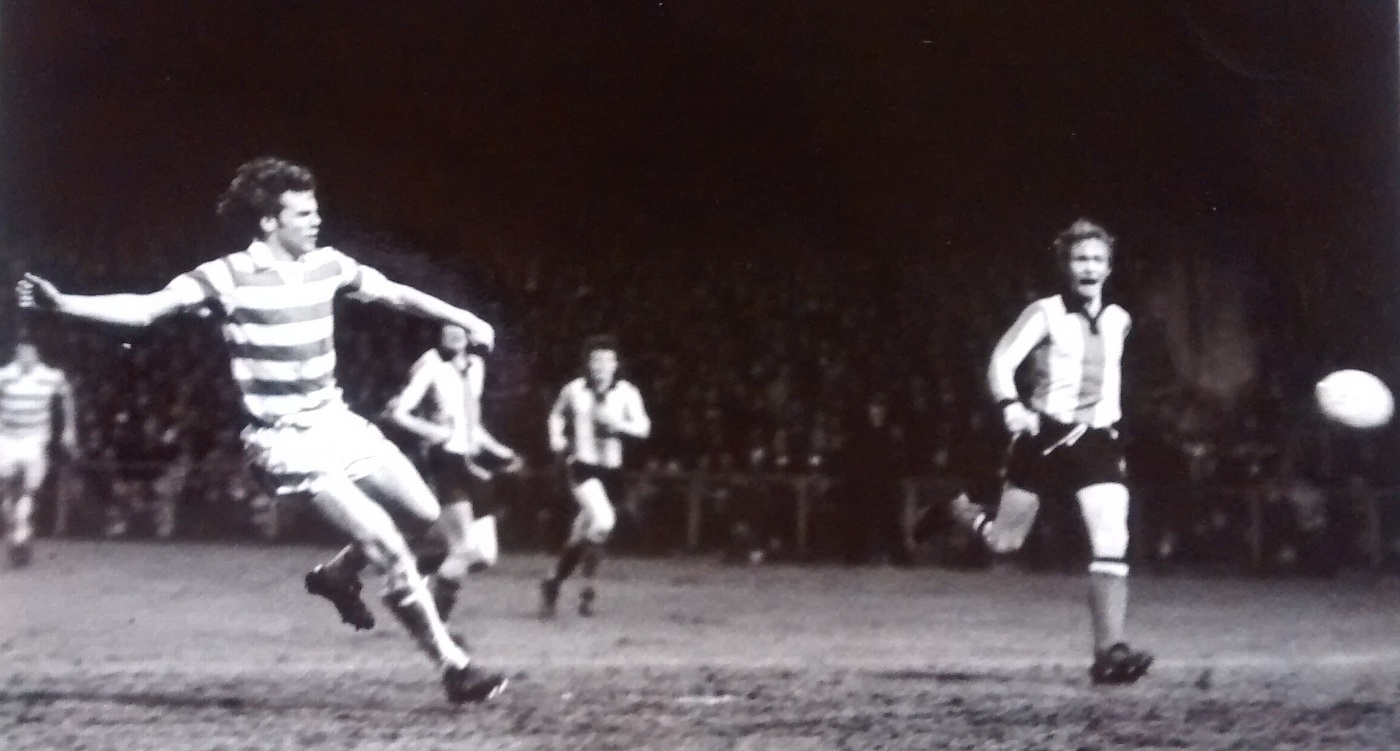 At the beginning of March 1977 Celtic were contemplating a Scottish cup replay at Somerset Park against Ayr United, after a disappointing home draw. On the eve of the replay Scottish football was rocked to the core when Celtic signed Alfie Conn from Tottenham Hotspur for a fee of £65,000. The reason for the shock was obvious because Conn had been a renowned Rangers player between 1968 and 1974 and the rumour had been at that time that Rangers were very keen to bring Alfie back to Ibrox.

Jock Stein was the master of one-upmanship and he moved in swiftly while Rangers dithered. Stein actually took the precaution of discussing the move with Kenny Dalglish and Danny McGrain, his respective captain and vice captain, in order to gauge their opinions. Both were hugely enthusiastic and so Stein made his move.

Conn had been a notable adversary whilst a Rangers player and Celtic fans were overjoyed when the news was made public. The supporters always admire talent and Conn had that asset in abundance. They also recalled that Alfie had put Celtic to the sword on a few occasions, most notably in the 1973 Scottish Cup final, and also that he had a temper, having been ordered off against Celtic at Ibrox in 1971.

Alfie literally looked a different player when he joined Celtic . At Rangers and Spurs he was known for his long, bushy hairstyle, very fashionable in the mid 1970’s, as well as facial hair and long sideburns. Jock Stein had strict rules of appearance, so when Alfie was paraded in front of the cameras, he did so clean shaven and with a smart new hairstyle. In later years he was asked who his hardest opponent was and he replied humorously, ‘The barber when I joined Celtic!’

Alfie made a very short debut as a substitute against Aberdeen at Pittodrie but his full debut came on March 9th against Partick Thistle at Parkhead. Celtic fans turned out on the night with much curiosity to see a great ex-Ranger wearing Celtic’s famous hoops. Any reservations that people may have had about the fans taking Alfie to their hearts were dispelled when he was given a rousing reception with the Jungle enclosure chanting his name throughout the game – ‘He used to be a Hun but he’s all right now, Alfie…Alfie Conn!’

Heavy rain on the night had kept the crowd down to 22,000 and Conn wasted no time in entertaining those who turned out and late in the first half came the highlight of the match. He moved cleverly into open space  and when Joe Craig found him with a fine pass he ran on to it and crashed a glorious shot past Thistle’s World Cup goalkeeper, Alan Rough. Celtic Park exploded with joy and Alfie ran to the Jungle enclosure to take their acclaim.

In 52 minutes John Doyle scored to make it 2-0 after Dalglish had hit the post but Thistle were not to buckle. This was a fine Thistle side containing such luminaries as Rough, Alan Hansen, Bobby Houston and Denis McQuade and for the rest of the half they showed a lot more initiative as they came at Celtic.  Mid way through the second half Thistle were awarded a penalty after Johannes Edvaldsson handled in the penalty area. However, Celtic goalkeeper Peter Latchford became the hero of the hour when he saved Doug Somner’s penalty with what was described as ‘one of the saves of the season.’

Somner grabbed a consolation goal in 89 minutes but to no avail and Celtic took both points at the end. Next day the newspaper headlines were full of praise for Alfie Conn’s terrific goal and Jock Stein was said to be relieved that his new star player was off to a flying start. 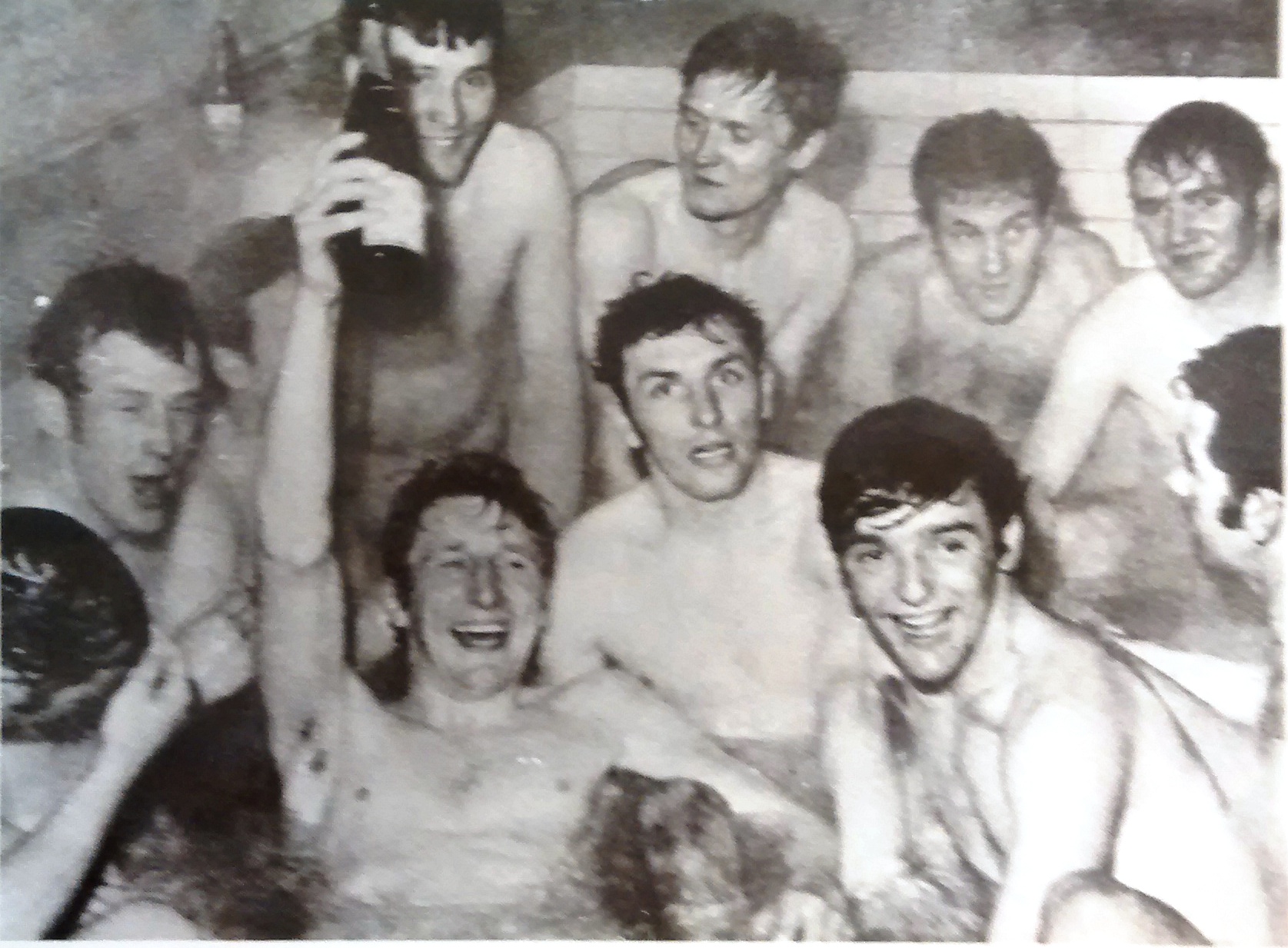 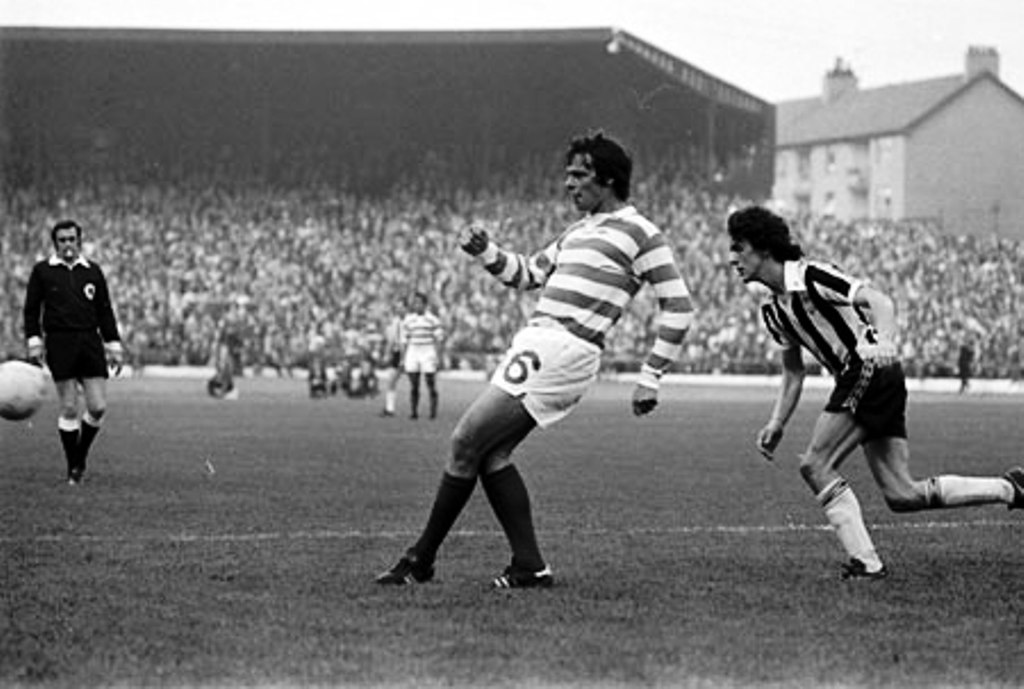