Whilst visiting my oldest friend on our visit to the Metropolis, I ventured the opinion that perhaps we might not see Celtic playing in the Champions’ League Group stages for some considerable time – if at all.  While he agreed with this he expressed a hope that I might be wrong.

I am well aware that following the 1963 cup final debacle, I believe it was Neilly Mochan who expressed the view that ‘Celtic were finished’ as a force in the Scottish game. None of us could have foretold that 4 years and 10 days later that same Celtic would be crowned Champions of Europe. However for that to come about necessitated a power shift of cataclysmic proportions in the state of the Scottish game. with Jock Stein taking over as Boss at Celtic Park.

Whether Neil Lennon is capable of emulating Stein’s feats remains to be seen, but what cannot be denied is that turning Celtic around domestically may not be enough to even give him access to the Big Cup as we know it.  The current financial structures and the way in which money goes to money in the elite group of European clubs means the clubs from poorer countries – unless they have already shown the capacity to garner co-efficient points to avoid the qualification phase will find it increasingly difficult to even reach the league stages.

Celtic’s recent dire performances in the European arena have almost ensured that automatic qualification for the group stage is becoming something of which we can only dream for the foreseeable future.

None of this is new I hear you say, so what other insight do I have to support my thesis that Celtic and indeed football itself may be entering as downward spiral.

Sir Robert Kelly once stated that Television would kill football.  By this he meant over-exposure of the game on T.V. and we have now reached almost saturation point with regards to this unhealthy relationship between the sport and the box.  While there will always be a demand for the big matches, there are hundreds of games on T.V. each year which are meaningless in terms of their attractiveness to the general public, but what is becoming more and more the case is that these games are being played in front of empty or near empty terraces and stands.

Even in the much vaunted English Premiership and Italy’s Serie A, many teams are more often than not playing in grounds which are at best half full, and which only sell out when the really fat cats come to town. Sides like Blackburn Rovers, Bolton, Wigan Birmingham etc can fill their stadia when Manchester United or Chelsea provide the opposition, but week in week out we watch them strutting their stuff in front of empty seats.

Amongst the great Stein’s many pearls of wisdom was his contention that ‘football without fans is nothing’ and more and more we are seeing the truth of this mantra as games are played in morgue like atmospheres. In recent years Celtic Park has not been immune from this.  The level of entertainment has been very poor and this is the first year for some time that anyone listening to the commentary on Channel 67 could not hear the players shout at each other so subdued has the crowd been.

What is also true is that modern teams play with such inhibitions, such a fear of failure that really great matches are the exception rather than the rule.  Teams are so well coached that poor sides can make life very difficult for the supposed good teams.  Performance has become the watch word for coaches and I feel that sometimes they have forgotten that the point of the game is firstly to win and secondly to enjoy playing it.

How often in recent times have even the finals of the great tournaments played – we are supposed to believe – by la crème de la crème, turned out to be arid wars of attrition settled by a mistake or by the dubious device of penalty kicks after extra time.  The manner in which the Netherlands set out their stall to frustrate Spain in the recent World Cup Final was an insult to the nation whose heritage includes Cryuff, Van Bastin, Gullit etc. but it typified the game as it is now played, and not just at the top level

As for Scotland, our national team must surely have reached its nadir last Friday when we took the field without a recognised striker. How have the mighty fallen.

This negative feeling over the future was reinforced by the fact that Scotland’s under 21 side was beaten home and away by Iceland, this despite the investment by all SPL clubs in so-called youth Academies, a development which has also been taken up by teams at the lower levels with community coaches supporting the staff at the pro-clubs.

Despite what critics of the Scottish game such as Jim Traynor might say, the youth initiative is already up and running – hundreds of youngsters are receiving coaching at almost all our senior clubs.  No one can say definitively where the failure lies inasmuch as we cannot any longer compete with Iceland either at youth or senior level – but my own view is that the coaching model is flawed.  Those who are being appointed to these key positions are themselves part of a failed ‘old boys’ network in which mediocrity is rewarded. The merry go round of failed club managers re-emerging in other guises or at other clubs is well known to any student of the game in Scotland.

At the same time, there is no evidence of fresh thinking in our game – no attempt to think ‘outside of the box’ as the saying goes.

All teams do the same warm ups, the same training drills, apply the same tactical formations and work on the same technical aspects of the game, but there is no real evidence that a new generation of really talented Scottish players is emerging – there is no ‘golden generation’ waiting in the wings – (the Rangers U-12’s apart of course)

Celtic is as much at fault as anyone.  No club has spent more money on youth development in the last 15 years than Celtic.  We have regularly produced winning teams, but very few really outstanding players.

On Sunday as I have said above, I watched the U-17’s play against Queen’s Park. The score was 5-1 to the Hoops. Ignore what the official site may say it was 5-0 when my nephew was fouled in the box and scored for Queen’s with the resulting penalty in the last minute.

Celtic were efficient, fit, pacy and well drilled. They all looked technically competent and thoroughly modern in the way they set about their tasks.  Queens competed well until just before half time when a defensive error allowed the Celtic centre forward to score with a brilliant shot.

In the second half they were over run and constant Celtic pressure brought 4 more goals without reply.

Joe McHugh, on last week’s podcast talked at length about youth football and how well the Celts are doing. The sea change that he talked about whereby the youth team are markedly stronger and taller than previous vintages was clear for all to see. They are the dominant force in Scotland, but how much this flatters to deceive is the moot point for me.

Despite their fast one or two touch passing game I felt the game cried out for a Paddy McCourt type of player, a player who would break out of the mould and do something exceptional by virtue of sheer brilliance.  The young Hoops were very competent, well drilled and clearly different class, but it was to my mind like painting by numbers – there was no genius – not even a spark of real brilliance.

Perhaps by developing teams which fit a modern structure and mirror the patterns of the senior game the coaching staff believe that they are preparing their charges for the future, but I wonder if when they encounter players from better national leagues, who are equally competent but have perhaps a spark of creativity which has not been coached out of them, will they be able to really compete, or will it be a case of containment and avoidance of defeat.

My fear is that they are caught in a vicious circle. The Scottish game is crap and they are the best that the Scottish game has to offer. We might be recruiting talent from all over the globe, but essentially they are playing and growing in a sub-standard football environment and accordingly are being restricted in terms of their potential growth. They are not being stretched.  Yes the games might be competitive, but they are competitive in a Scottish way of graft, physical effort and perspiration – genius is not on view.

In a sense the youths are prisoners of the same context which holds their big brothers back, although the problem for the big team is that they are outmatched financially in terms of their ambitions – the problem for the up and coming Celts is that the football environment and the philosophy which pertains therein is neither sufficiently challenging nor supportive of the type of player who might make the difference on the big stage.

The Head of the Queen’s Park coaching structure is an old school mate and afterwards he talked of how the obsession with 4-5-1 was making it harder for his own team to be sufficiently creative, but that it was a model which is more and more in fashion amongst young coaches.  He observed that Celtic were a far superior team to Rangers with whom they had drawn two weeks ago – the wee Huns having equalised late on – but while I enjoyed the match from the viewpoint that my team were the only ones likely to win, I was not encouraged by what I saw to think that anything other than dominance of the domestic game lies in our future. 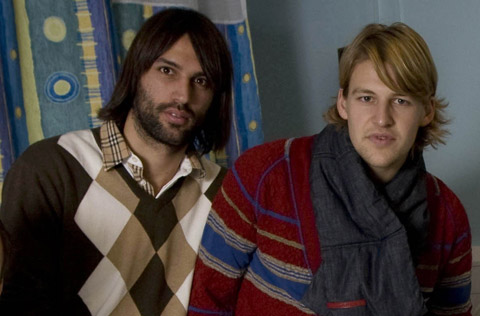