In 2007 I was absolutely delighted to see Glasgow being awarded the Commonwealth games for 2014. As a born and bred Glaswegian I was happy that the city would get a worldwide platform to promote itself and I am pleased that the recent events in the east end all passed off so well.

Celtic were required to stage the games’ opening ceremony and there lies the problem. In doing so we were required to up sticks and move to Edinburgh for two European games at Murrayfield. At the time it didn’t seem a bad thing to do but after the matches have passed I can now say that Murrayfield was a most unpleasant experience.

For those of who were working and had no alternative but to drive by car it was a thoroughly miserable thing to do. For the Reykjavik match my own experience was that we missed the entire first half and only gained entry to the stadium at half time and I counted four supporters buses behind me on the road in. Things marginally improved for the Legia match when we were only ten minutes late getting in.

I would like to take up the following issues with the club:

1. Why was the kick off for games at Murrayfield not put back until 8.00 or even 8.15 to allow for supporters travelling on roads which could clearly not hope to cope with such volumes of traffic coming in the one direction from the west ?

2. Why was the Legia Warsaw game not free admission on the season ticket ? We are still due one more game and it would have been a fine gesture by the club to reward the fans for their efforts and the inconvenience of travelling to Edinburgh and we would also have had a bigger attendance would have hopefully have helped the team. As it is the club have been made to look grasping and greedy and the fans will now get a game against Brechin or the likes in the League Cup.

3. Celtic should ensure that they are never again put in the position of moving any home fixture away from Celtic Park. To put the fans to such an inconvenience was an insult by the club to its own supporters.

I fully appreciate that the Commonwealth Games were important to the city but as a club we owe Glasgow absolutely nothing. No sporting organisation has brought more distinction and prestige to the city of Glasgow than Celtic have.

We did not lose to Legia on Wednesday because we played them at Murrayfield. But what we did do was to put ourselves at a huge disadvantage and lessen our chances of qualification by playing some of the most important games of the season fifty miles from home. I’m sorry, but that’s not on. We did get a new pathway at Parkhead with some fancy tiles but that’s scant reward to the supporters for a season without CL football.

Even now the fans face more inconvenience. Instead of the happy event of unfurling the league flag against Partick Thistle on August 9th we now have a free weekend and will now have to play the fixture on a cold autumnal night when fans from Ireland and England find it difficult to attend.

Perhaps the last few CL qualifying campaigns made the club a bit blasé about qualifying. My recollection is that we were fortunate against Elfsberg and Karaganday and we cannot afford to take these games for granted against the champions of other countries. Perhaps we ran out of luck when we drew the Poles, who were a class above the other sides we have faced in qualifiers in recent seasons.

I don’t know exactly what Celtic gained out of hosting the opening ceremony at the Glasgow games. But I do know one thing. It wasn’t worth it. 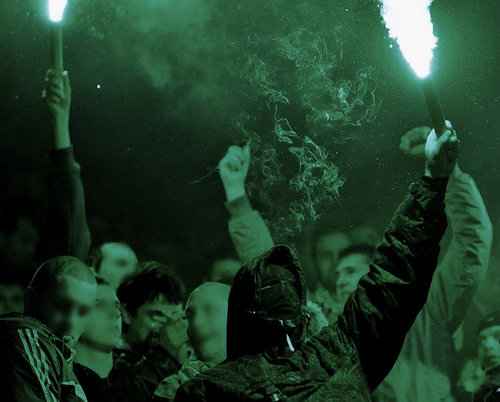 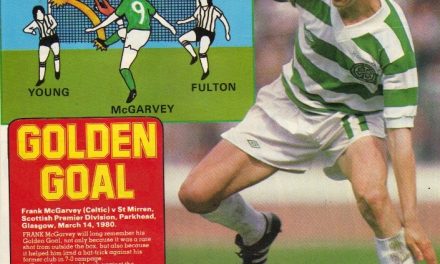