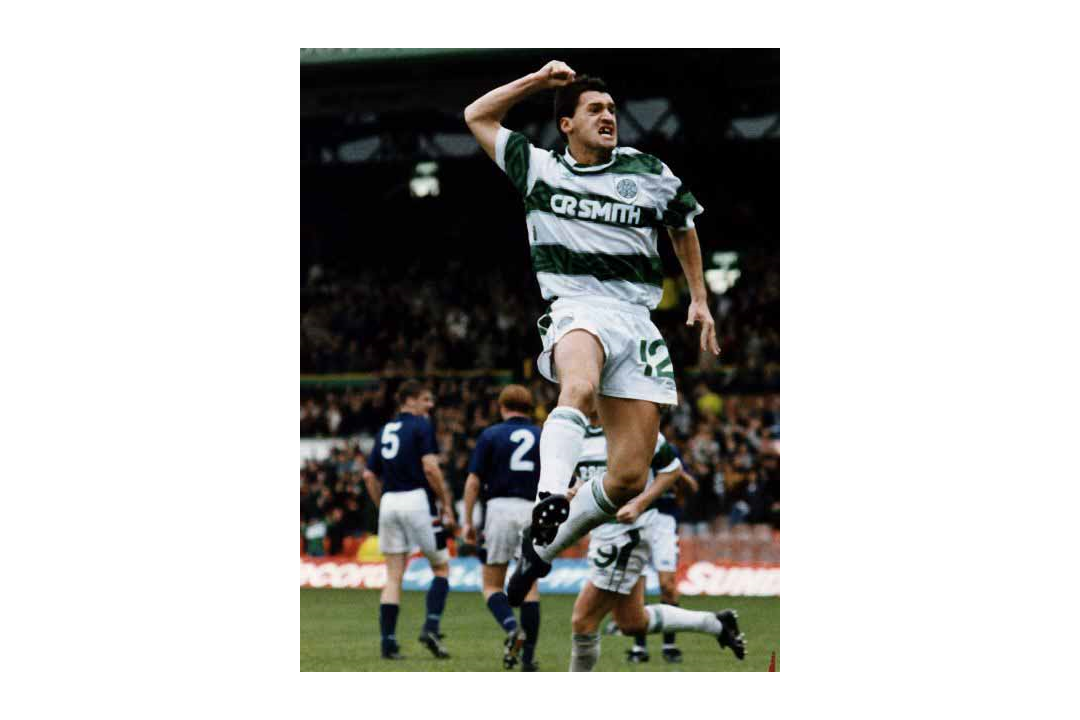 It struck me the other day whilst discussing football at work that no one in our office under the age of 30 would have a vivid recollection of a season when Celtic finished lower than second in the league. Thank the Lord that a mixture of Fergus McCann, Wim Jansen, Martin O’Neill, Gordon Strachan and Neil Lennon delivered us from the mediocre dross we once endured and give us modern success that we have enjoyed both at home and on the continent. But success on the field once proved tremendously elusive and in my opinion Celtic’s lowest ebb came in the summer of 1993.

1992/93 had been a truly miserable time at Parkhead. Manager Liam Brady was actually given a fair bit of money in the transfer market but his big name buys, Cascarino, Gillespie, Slater and Mowbray had all failed to impress. Celtic finished in third place in the league, thirteen points behind Rangers and defeat to Falkirk at Brockville in the Scottish Cup in early 1993 just about summed up the entire situation – calamitous.

What made things worse was that Rangers won the treble and actually had their best ever opportunity of winning the Champions League. The entire continent looked on in utter amazement as a mixture of bizarre incidents helped the Huns throughout that season’s competition. From John Lukic punching a corner kick into his own net to Scott Nisbet’s freak goal against Bruges (seriously if you haven’t seen it, watch it on youtube) to the downpour of biblical proportions at Ibrox that saw Marseilles blow a two goal lead on a mud bath pitch which proved a great leveller on the night.

In Easter of 1993 I was on holiday in Cyprus when Rangers played Marseilles in the Stade Velodrome in a CL group match. The French side dominated the first half with Frank Sauzee giving them a half time lead. In the second half Ian Durrant equalised and it immediately struck me that another Rangers goal would actually take them into the final. A Stein, Shankly or Ferguson would have seized the moment and gone for broke for the winning goal and all the glory that would go with it. But Walter Smith was not of their ilk and typically Rangers settled for a draw and ultimately they lost out in that group by one meagre point. Had Rangers won in Marseilles in all likelihood I would probably have stayed in Cyprus.

Around this time a friend of mine used to buy the Sunday Herald in the far off days when people actually bought newspapers. Fergus McCann issued a questionnaire in one particular issue for Celtic fans who wished to buy shares at the princely sum of £500 per share. Sadly he didn’t get a great response at this stage but his time would come. However the old board of directors then agreed on a ‘pact’ to protect their positions as directors and wee Fergus was foiled for this occasion at least, much to the frustration of the Celtic support.

In May 1993 Celtic’s last home game of the season saw the ‘Jungle’s last stand’ as the fans stood on the famous old enclosure steps for the last time before the builders moved in and welded appalling seats on to those grand old terracing steps. It was hideous looking and the only saving grace was that we endured it for only one season before the Fergus McCann takeover and the building of the current stadium. Fittingly, Dundee were brushed aside by 2-0 in that match.

Rangers actually won the Scottish Cup at Celtic Park a week later as Hampden was undergoing reconstruction and before building work began to put in the new seats the club arranged an emotionally nostalgic night when a mixture of ex Celtic players, ex Manchester United players and various TV celebs got together to give the old Jungle a rousing send off.

Highlight of the night was a wonder goal by a 48 years old Jimmy Johnstone and the constant rain did nothing to dampen Celtic spirits on a night of celebration and defiance in the face of adversity. The fans sang long into the night and lapped it up. If the Lisbon Lions had served the club royally in their prime then it was obvious that they were still a source of tremendous pride to the supporters, even when in their middle age.

That summer Rangers signed Duncan Ferguson for a record £4M transfer fee in a blaze of publicity and were constantly linked with a string of big star players. In those far off summer nights before the electronic revolution of social media I would faithfully go down to the local garage in the early hours for a newspaper, hoping for positive Celtic news on the transfer front and that someone would arrive and deliver us to the promised land.

As it was Pat McGinlay arrived from Hibs for £425,000 and the midfielder was good value, becoming our top scorer the following season, but still a long was short of the quality that we required at that time.  It’s difficult for me to convey the feeling of helplessness and misery that we experienced then. It felt as if we were cursed, never to return to the level of success that we once enjoyed.

We were not to know it at that time but things were to improve. Change would come. Slowly, but change none the less.

Sitting here writing this article brings back painful memories but sometimes it’s good to look back then in order to appreciate what we have now. With the double in the bag, CL qualifiers approaching and Balde and Van Dijk now arrived I don’t think I’ll be spending these late summer nights twenty years on pining for the likes of Pat McGinlay. And I mean that with the very greatest respect to Pat. 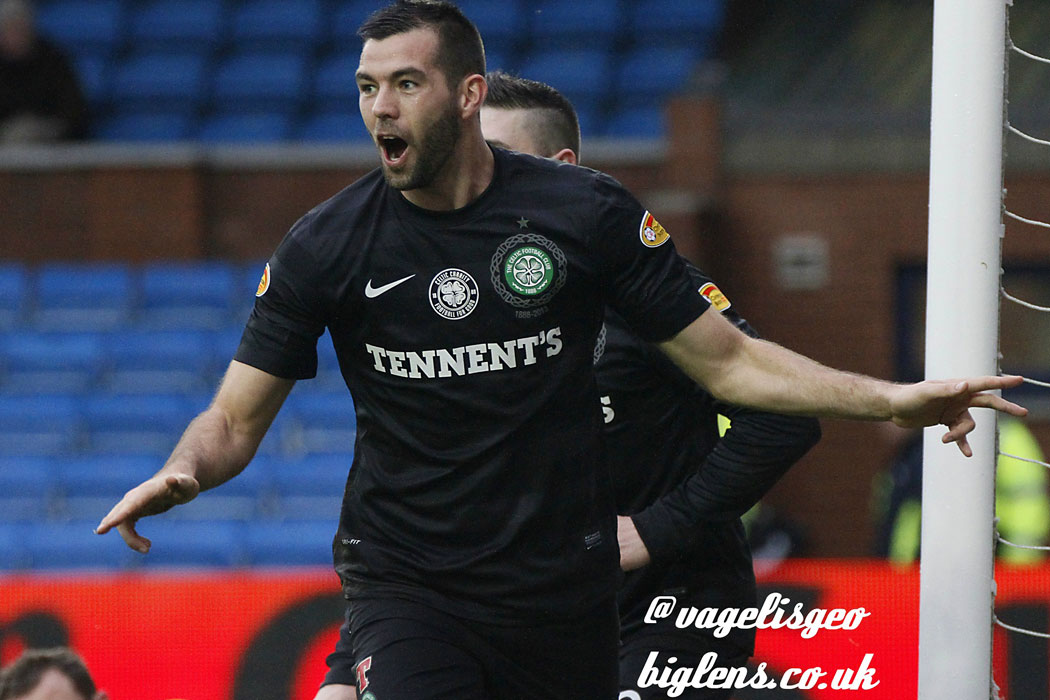 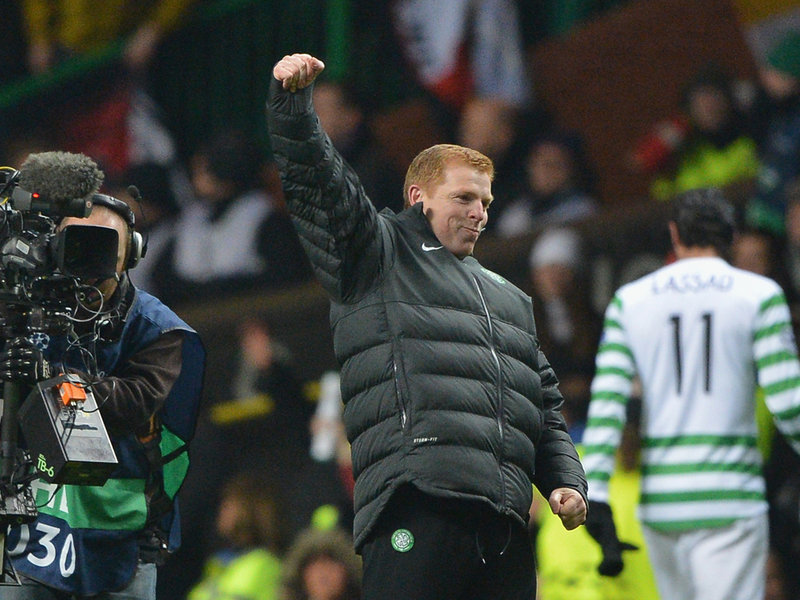