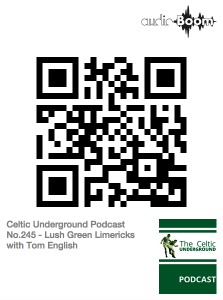 This week Harry is joined by a man familiar with listeners to BBC Radio Scotland’s Sportsound and formerly readers of the Scotsman and Scotland on Sunday – Mr Tom English.  Tom is a Limerick man and was a Limerick Utd and Liverpool fan growing up who pretty much stumbled across Scottish football when posted here in by the Sunday Times in the early 1990’s.

Over the course of a rambling hour and a half, the boys manage to fit in;

Limerick Utd, Liverpool, the glory of your first game, lush green grass, Fergus McCann, Ronny Deila, TV deals and the future of journalism among many other things.