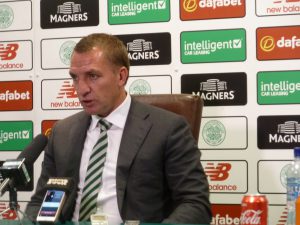 This week the guests (nearly) are all Celtic.

Following from the victory over St Johnstone when Celtic’s starting outfield 10 had a combined age of just 22, we hear from one of those young stars Patrick Roberts. We also have 10 minutes from the manager where he discusses the performances of Ralston and Johnstone, the chances of keeping Paddy and his general thoughts on the victory.

Also this past week we had the launch of the new strip and at that event myself and a few other Celtic websites were able to have a chat with Stuart Armstrong, Callum McGregor and Kieran Tierney, so we have the 10 minutes per player exclusive chat also. At the end we hear from St Johnstone manager Tommy Wright who confesses that we were just too good for his team.

Pick Up From the usual Places;