Every competition that the club entered it won. There can be no better season than 1967. The first North European club to win the European Cup since the competition started in 1955. The FIRST BRITISH TEAM TO DO SO.

The previous season had been good but this season was outstanding. Jock Stein deservedly won the title of Best British Manager for the second successive season. If other teams had sat up and looked at Celtic and their manager during the previous season, then with the win in Lisbon the whole of the world became aware of Jock Stein and Celtic.

The foundations for this outstanding success had already been laid the previous season. At the start of 1966-67 the final touches were put in place with the purchase of Joe McBride from Motherwell. Joe went on to have an outstanding goal scoring run before knee trouble put pay to his further appearance at the turn of the year. This pushed Celtic into the transfer market again and Jock Stein identified Willie Wallace as the man who could take over where McBride had left off and continue the goal scoring progress that Celtic had made.

The key to ALL the success of the season stood firmly with the belief and clear vision that Stein laid out. This was a team. It played together as a talented team, not just eleven talented individuals but a cohesion that came from trust and acceptance of fellow players and belief in the greatest manager. Jock Stein thought deeply about the game. He analysed every team that Celtic played and had a plan for every game and every opponent. The players were told to listen and to follow that plan and woe betide those that did not do what the Big Man said. But the Big Man’s analysis was generally spot on and with his back room staff they prepared a fit lean playing machine that could hang together, knew how to fight back and knew what was needed. Never before had this been seen in football. And the world recognised it when Celtic beat Inter in Lisbon. It was a win for the future of football. 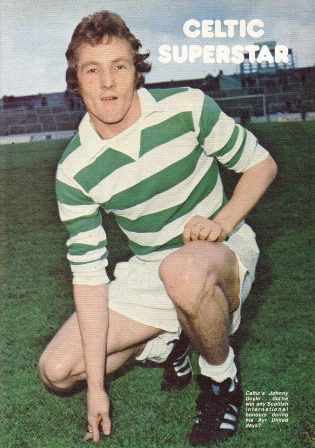