Celtic defeated Morton 3-0 on Saturday to progress to the Semi-finals of the Scottish Cup.  Apart from a sprightly first 15 minutes the game was all Celtic however the first half may have had dominance, but it was pretty dull and passive football.  I’m not sure it comes across in the audio but it was clear in the press conference that Brendan was very unhappy with the first half performance and I understand he made that pretty clear in the dressing room at half-time.

He made changes to the side and once again, with Edouard playing just off Dembele, the team suddenly looked a lot more threatening.

Following the tie Compper, Brendan and Jim Duffy were the people at the post game press conference (Marvin being honest enough to admit he was rusty for the first part of the game).  As this is uploaded we know that we will once again take on Scottish football’s newest top flight club.  Hopefully Brendan will continue his semi-final record against that club. 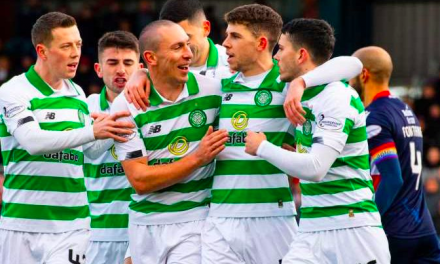