All well and good, but what practically can be done to restore trust in the integrity of our game? Well for a start the main stream media need to start doing their job and start asking questions in order to find an informed answer instead of pushing an uninformed one that suits their own lazy agenda. Questions like:

How did this crisis happen on the SFA watch from 2001 when EBTS were first used, up to the present date? It is self evident from the financial collapse at Rangers, the Referee’s strike and the people who were in charge and are now in charge of Rangers that whatever controls were in place, for whatever reason, simply did not work. The question has to be why and how can they be changed to avoid this mess happening again? The following three measures would go some way to restoring trust at all levels across the spectrum.

Measure One: A thorough independent enquiry into how one club has managed to severely damage themselves and our game in the pursuit of European “glory” and the tempting financial rewards participation attracts. Over and above the “skew” effect of the latter, where winner takes all, the following three areas need urgent investigation.

Ideas for tackling these three areas have been proposed previously.

They are not the only solutions but these areas and the problems caused by the distribution of UEFA CL money need to be explored to determine what will work and what will not and the required changes implemented by the SFA Professional Game board on which Peter Lawwell sits with SFA CEO Stewart Regan and other football luminaries. They would be responsible for dealing with the findings/recommendations of any enquiry.

Measure Two: Did I mention the SFA and Mr Regan there? The SFA and Rangers have a bit of trust building to do before any enquiry even gets underway far less a Newco being accepted in any division, but there is a way. Back in October this article questioned how Rangers were granted a UEFA licence when a small tax bill of £2.4M was clearly unpaid at the 31st March 2011. This  would have made it an overdue payable under UEFA rules Article 50 which was a reason to refuse a UEFA licence unless there was reason in the rules to deem it otherwise. The article was not written in the belief that the SFA (and UEFA who were also contacted but have never responded) would come clean, the ramifications in terms of legal and commercial fallout would have been game shattering. However it did meet the objective of drawing the footballing public’s attention to the UEFA licensing rules before this year’s licensing round gets underway. The chances that dubious practice will manage to go under the radar this time are diminished by the 17,000 views the article attracted and the triggering of a petition to the SFA to get answers. Additionally UEFA themselves now know the process will be under scrutiny this year if Rangers survive until  April/May or get around to submitting audited accounts by 8th April 2012.

However the SFA response which is in the article and to which Mr Regan has stuck to in exchanges on Twitter with the Rangertstaxcase blogger was basically “proper procedures were applied when the UEFA  licence was granted last May – TRUST US AND RANGERS – with a referral to Article 50 and Annex VIII of UEFA FFP 2010 where overdue payables were defined at para 2 a) to d).

With the passage of time and Rangers reportedly putting in a late appeal in November after HMRC had the sums overdue arrested, a slightly different perspective emerges that suggests that whilst the SFA might have acted properly (given them the benefit of any doubt), Rangers may have violated another part of the UEFA rules in July.

The original core bill was for £2,4M but soon after taking over Rangers on 6th May, Rangers, (probably using the Ticketus money) paid £500,000 towards the bill, reducing it to £1.9M. It now looks as if it was this down payment that allowed the SFA to grant the license under Annex VIII 2 (b) that says:

b) it (Rangers) has concluded an agreement which has been accepted in writing by the creditor to extend the deadline for payment beyond the applicable deadline (note: the fact that a creditor may not have requested payment of an amount does not constitute an extension of the deadline);

Note that there has to have been a written agreement between HMRC and Rangers that the SFA would have to have seen under Article 50 before granting the license. If there is one it would be a trust restoring measure in both Rangers and the SFA if the agreement could be made public. However if there was not a written agreement then on what basis was the licence granted? Trust in Rangers? The very thing that has now been lost?

Whether there is a written agreement or not it is a reasonable assumption to make that the deadline that HMRC agreed to for the balance to be paid was within a time frame that took account of the length of time the bill had been delayed being paid and it being a bill which Craig Whyte had already agreed to settle in the lead up to the Takeover.

Given that Sherriff Officers called on 10th August to arrest the sum due, it is reasonable to assume in conjunction with Phil’s revelation that the balance had to be settled under any extended deadline agreement with HMRC before 30th June, about six weeks after the £500K down payment.

The significance of the 30th June date relates to UEFA FFP 2010 Article 66 that states:

1 The licensee must prove that as at 30 June of the year in which the UEFA club competitions commence it has no overdue payables (as specified in Annex VIII) towards its employees and/or social/tax authorities (as defined in paragraphs 2 and 3 of Article 50) that arose prior to 30 June.

2 By the deadline and in the form communicated by the UEFA administration, the licensee (Rangers) must prepare and submit a declaration confirming the absence or existence of overdue payables towards employees and social/tax authorities.

Thus Rangers had a duty to declare any overdue payable to the SFA who under Article 68 would then report on to UEFA.

If one of the other monitoring requirements as defined in Articles 64 to 67 is not fulfilled, then the Club Financial Control Panel may refer the case to the Organs for Administration of Justice, which will take the appropriate measure(s) without delay in accordance with the procedure defined in the UEFA Disciplinary Regulations for

The reason why the sum unpaid became an overdue payable after 30th June (but not in mid May) is that, unless the deferred date was after 30th June, Rangers had breached any agreement (written or verbal) with HMRC thus removing the item from the protection of Annex VIII 2 (b) that allowed the SFA to grant the licence in May.

Given that the extended date is not known there now exists the perfect opportunity for the SFA and Rangers to demonstrate that they can be trusted by answering the following questions:

Clarifying if the UEFA unpaid tax part of the licensing process was adhered to is important , although other events suggest the whole licensing process, not just the unpaid tax section, requires an overhaul to meet the peculiar circumstances in which Scottish football operates.

However of much greater  importance is the issue of trust and integrity in the governance of our game. There may have been a time when the judgement was that keeping Rangers going on more or less their existing form was good for Scottish football, but that thinking is now self evidently flawed because of the very damage it inflicts on the integrity and trust that football depends on for support.

So come on SFA, let’s be having ya! Set minds at rest and give the footballing public reasons to trust you and Rangers by clearing up what happened in full. In doing so open the way for a solution to be found about what to do about Rangers that does not damage the game’s integrity any further.

Measure Three: In all the talk about what is good for Scottish football the debate is being led by the media who have a commercial interest in perpetuating the status quo, as do the SPL and SFA. Nowhere is the voice of the paying customer, the football supporters who hands over good money to watch football being fairly played, being heard.

Hopefully, as Rangers future becomes clearer the voice of supporters of all clubs will be heard via their trusts/associations on what is and is not acceptable in the governance of our game.

In that sense Recommendation 13 of the Henry McLeish Review of Scottish Football (Part Two Page 71)  that states:

National organisations representing fans and supporters require greater respect and acknowledgement from within the game and this should be reflected in the work of football organisations including the SFA Council.

opens the way for supporter groups to become more involved as stakeholders in the future of our game. The chosen vehicle for involvement appears to be Supporters Direct and this is a welcome start, but stakeholder involvement has to be done in a way that is not just paying lip service to the McLeish recommendation, but engages meaningfully with all supporter trusts/associations.

An SFA statement providing an update on progress on establishing the necessary mechanisms to enable this particular McLeish recommendation to be implemented would be a trust and integrity restoring measure for all supporters. Especially for Celtic supports if The Celtic Supporters Trust and Associations felt confident that they were being engaged by this mechanism in a meaningful way as representatives of the largest group of supporters of but one of the clubs many/some of whose supporters feel trust and integrity needs to be given priority over commercial considerations. Not to do so  will have a long term negative commercial impact if the core values of integrity and trust are ignored.

Oh and one last thing…….

Whenever a Celtic supporter voices to the media, usually via radio phone ins, their concerns about the game’s integrity, they are met with the charge of vindictiveness and wanting Rangers to fail totally.

Some very well may have that view, but many just want fair play, a concept that commercialism pays lip service to.

My answer to this charge of vindictiveness is if I were bitten by my neighbour’s dog and I chose to have him muzzled and so controlled rather than put down, would I be being vindictive or showing generosity to my neighbour whilst protecting myself from future harm?

It is in this spirit of keeping the game alive that this is written. 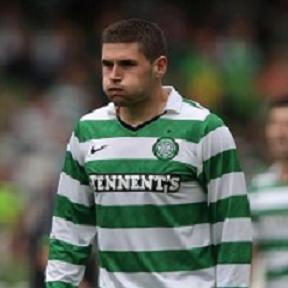 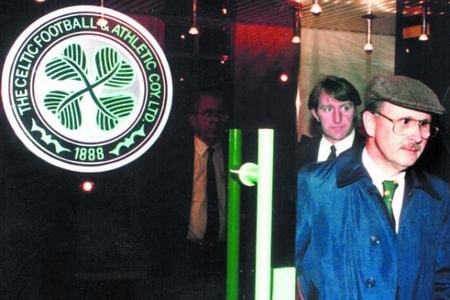 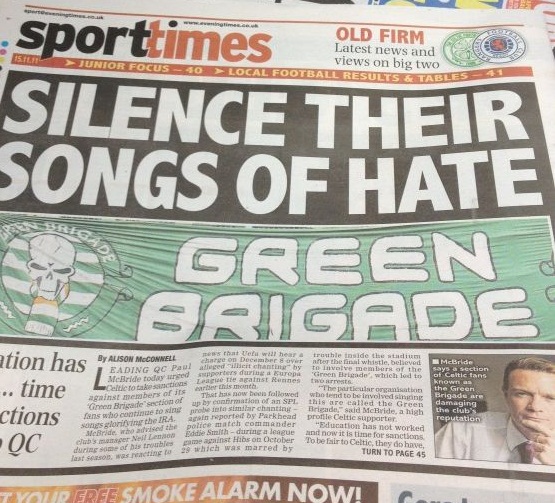