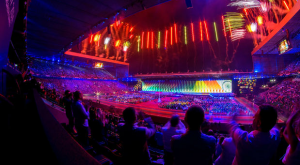 I read with interest St Anthony’s piece The Murrayfield Disaster and agreed with much of the comment.  That the club has been taking a dangerous attitude towards financial prudence in not spending and waiting for guaranteed income and have gambled once too often is an assertion I would agree with.  Likewise I contacted the club directly about kick off times for Murrayfield.  I understood the challenges – 7:45pm was tight for many leaving work in Glasgow whilst 8:15pm would have made an extra time and penalties game result in people struggling to use public transport out of Glasgow after the extended journey time from Edinburgh.  In more than one piece of correspondence to Celtic I identified 8pm as a more suitable time.

One area I disagree with St Ant on however is the decision for Celtic to get involved in the games and that Celtic owe Glasgow nothing.  Like St I am a Glaswegian who is very proud of his city.  Indeed I have not felt better about being a Glaswegian since 1988 and the games were a wonderful event.  Hopefully they will stick a rocket up the backside of our city fathers and be the catalyst for a regeneration of the city in the same way Glasgow’s Miles Better, the Garden Festival and City of Culture did in the ‘80’s, heaven knows they need it.

As we know Celtic were formed for the benefit of the people of the East End of our city.  125 years later and we still have problems of deprivation and poverty.  We all know of the problems re: life expectancy in Glasgow with the Calton only rivaling native American reservations for the lowest male life expectancy in the developed world.  Last year, Glasgow was an embarrassing 65th in the list job creation for UK cities.  Glasgow’s bid for the Commonwealth Games was therefore about the health and economic revitalization of the city and specifically the East End of the city, something I would be embarrassed if our club was not a principle participant.

The club has got a refurbishment of the entrance from the event, the Celtic Way looks fabulous and the stadium looked wonderful for that opening ceremony, the publicity and images being beamed into hundreds of millions of households was great.  I have no doubt that a free makeover and free publicity was a deciding factor for the board in Celtic Park being submitted for use as the venue for the opening ceremony, however our club still plays an essential role in the economy of the East End and through the Celtic FC Foundation the club is still a catalyst for social change and improvement.

Could the club have done more to assist fans in getting to and from Edinburgh?  Possibly.  Did playing in Edinburgh adversely affect our chances in the Champions League?  No but it could have done.  Should Celtic have forgone participation in the Commonwealth Games and hosting the opening ceremony to avoid these problems?  Not for me, for me the Commonwealth Games without Celtic was unthinkable.

More on the Celtic FC Foundation;

As we know our club s different, formed for charitable reasons.  Quickly the football became more important and it wasn’t until the arrival of Fergus that the charitable that a clear focus was provided on our aims in this area.  The following provides more detail on the work of the Celtic FC Foundation.  Headed up by CEO Tony Hamilton it has raised £7m since inception and still works for the benefit of the people of the east end, regardless of race or creed.

Our priority is to provide assistance to those who face daily challenges within our key priority areas; Health, Equality, Learning and Poverty.  In addition we offer support in the form of delivery and/or partnership to external charities and other organisations who offer value in the community and whose principles fit within these key priority areas.

4.    Tackle                      Poverty
We uphold and promote the charitable principles and heritage of Celtic Football Club and in doing so, Celtic FC Foundation delivers change and purpose to the Celtic Family and beyond

Q: Who does Celtic FC Foundation help?
A: We are an organisation here for all, regardless of gender, age, religion, race, or ability.  Our priority is to provide assistance to those who face daily challenges within our key priority areas.  In addition we offer support in the form of delivery and/or partnership to external charities and other organisations who offer value in the community and whose principles fit within these key priority areas.

Q:  What type of project delivery is Celtic FC Foundation involved in?
A: We have a strong track record of delivering successful community based projects that support health and wellbeing (Health), employability (Poverty), inclusion (Equality), education and diversionary activities (Learning). We work with all age groups from young children through to older people and currently deliver projects locally, nationally and internationally.  We work with a variety of partners to deliver our projects.

Q: Where does Celtic FC Foundation work?
A:  Our priority focus will support areas based on the need surrounding our home within the city of Glasgow in the first instance.
Thereafter, our main geographical areas of support, in order of priority are:
1. The North and East of Glasgow
2. Greater Glasgow, Inverclyde and North Lanarkshire
3. Scotland, Ireland and the rest of the UK
4. Rest of the World, with an emphasis on Asia and Africa
However, each project will be assessed on a case-by-case basis and we will always focus our attention where our efforts are best served, primarily supporting the geographical areas listed above.

Q: How much has been raised to date?
A: Since inception we have raised in excess of £7m.

Q: How is the money raised?
A:  We raise money in a variety of ways.

We receive generous donations on a regular and one-off basis from a host of supporters and operate a number of fundraising events and activities throughout the year. These can include, but are not limited to; charity football matches, our Annual Sporting Dinner, match day bucket collections, our Annual Christmas Appeal, the Ben Nevis Huddle, the Celtic Skydive and an overseas’ volunteer trip.  A calendar of events can be found here www.celticfcfoundation.com

In addition to fundraising, we also raise money by applying to a variety of grant making trusts and funders who support our project delivery.

Q: Does the Football Club make money out of Celtic FC Foundation events or projects?

A: Absolutely not. We are a registered charity in our own right (SC024648) and the proceeds of all monies raised and awarded support our charitable activities.
Celtic Football Club generously support the efforts of Celtic FC Foundation financially and in kind.

Q: How can I get involved?
A: There are various ways you can support Celtic FC Foundation; from signing up to a regular monthly contribution to getting involved in a fundraising events. For full details, please email cfcfoundation@celticfc.co.uk 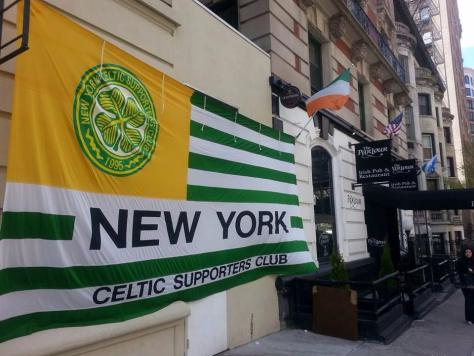