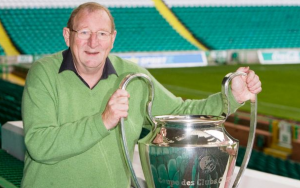 Tommy with The Big Cup

By the time you are listening to this you will have heard the sad news about the passing of Celtic legend and Lisbon Lion Tommy Gemmell.  In his career Tommy played for Celtic, Nottingham Forrest, Miami Toros and Dundee.  whilst I was not old enough to have seen the Lions I was fortunate to have caught a glimpse of one or two of them at the end of their careers to say “I saw them play” with my last recollection of Tommy as player manager at Dundee, the final place he won a trophy.

Tommy spent 10 years in total at Celtic, making 418 appearances and scoring 63 goals, two of those goals being in European Cup Finals.

“They never die who live in the hearts they leave behind” 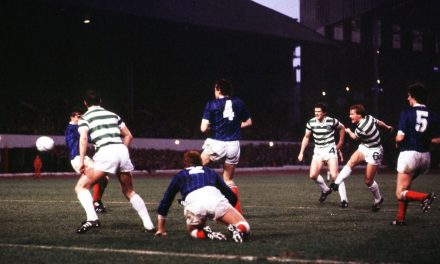