In regards to the team ‘moving forward’ , none of our defenders can pass the ball with the exception of Hinkel. He has become a pretty solid right back. But the rest……forget it. Mark Wilson has rotted into the woodwork in the past few seasons. A once promising career lies in tatters. How Naylor is still at the club but Fox has been released is somewhat unfathomable and our new Dutch left-back lost the plot at the weekend. He spent the first half getting continuously skinned by Paton and the second completely self destructing. O’Dea is useless and a bomb scare to boot. Meanwhile Loovens is wild, thoughtless and inept. As for Thompson he looks like he’s been thrown to the lions and to a certain extent he has. Poor lad. He’s been given no protection at all. Smith sticks a 17 year old in under the wing of Davie Weir. We’ve stuck young Josh in with Loovens and O’Dea. And you know it’s a matter of time before Tony tries out Rogne and Thompson in the middle of the defence. He’ll probably do it at Ibrox. Hoovield is injured so we can’t judge but getting injured 5 mins after walking through the door doesn’t bode well for a supposedly tough tackling, physically dominant centre back which is how the Dutchman was billed.

Now to Boruc. He’s clearly overweight and just looks lacklustre now-a-days. I blamed him for not covering his near post against Rangers for their equaliser. Every other defence covers both posts. But not ours. He’s also produced moments of madness against the likes of St.Johnstone and the Hibs equaliser was just piss poor goalkeeping. Zaluska was doing a fine job and he was dumped for no other reason that just to satisfy Artur. It used to be Artur would save you a few points per season. But that’s not been the case for well over a year now. I mean when was the last time you heard ‘The Holy Goalie’ in full swing???! There was a time to cash in on  Artur. That time has passed. To a certain extent we’re now lumbered with him.

On to the midfield and it’s average at best. I think that after nearly 3 seasons now we can confirm that Brown was a poor, poor signing and a financial gaff. Making him captain is inane and reeks of desperation.No longer do some lament nonsense about how great Crosas is. The lad doesn’t have it.

Bringing back Maloney was a complete and utter waste of time. No doubt he’ll be hoisted right back into the fold when he’s fit enough to run again.As for Zi he was sensational against Rangers at Ibrox but has since underlined why he couldn’t get a game for Charlton Athletic……..in League 1. For Ki, it’s early doors though so far he looks lightweight and goes down, far, far too easy.

Up front we appear to have finally found a penalty box striker in Rasmussen who bailed us out with opportunist goals against Hamilton and Dunfermline. His reward though for such flights of fancy was to be benched while Kamara , just back from injury, and Keane, who probably got to bed at around 4am that morning after singing on the deadline, got starts against Kilmarnock. At no point was Rasmussen even brought on to effectively try and save the title challenge. And as for Fortune, he’s scored a few of late but isn’t a £4 million player and we’d be lucky to flog him for half that.

Only God knows what’ going on with McCourt and McGinn.

By and large so far it’s been a bit of a shambles. A team that’s being ‘built for the future’ is composed of 4 loan signings, kids with uncertain futures and sellable assets. We have shown a complete inability to produce any consistency all season and a have a manager who comes across as depressed and even dumb struck by what’s occurring around him. The title challenge has been feeble and it’s highly probable that a fortnight from now we’ll be a whopping 13 points behind a Rangers team who haven’t added a new face in 2 years and who are managed by guys on month to month contracts. We’re out of everything except the Scottish cup and I wouldn’t hold my breath on that. I’m afraid in summation it looks like it’s a been a wee bit too much for ‘Mogga’ and ‘The pointer’. I guess my initial concerns and trepidation at such an unproven appointment are proving to be true.

At the end of the day though I’m going to harp back to the same point as when Strachan was in charge. People wanted him out the door but when you asked them who they wanted to replace him you got inane answers like ‘anyone’. So we got anyone and we are currently on our arse, football wise, and looking rather stupid. Strachan would probably be having a right old laugh if he didn’t have his own problems down south. So now if we get rid of Mowbray, who are we going to bring in? Paul Lambert? Is he really more qualified? I mean really?

Other ‘exciting’ options include Mark McGhee and John Hughes!

Fact is Mowbray is going to be here until the end of the season at least ‘cause there ain’t no one else out there. So strap yourself in, bless yourself (if you’re so inclined) and divert your eyes because I can see things at Celtic getting a hell of a lot worse before they get any better. 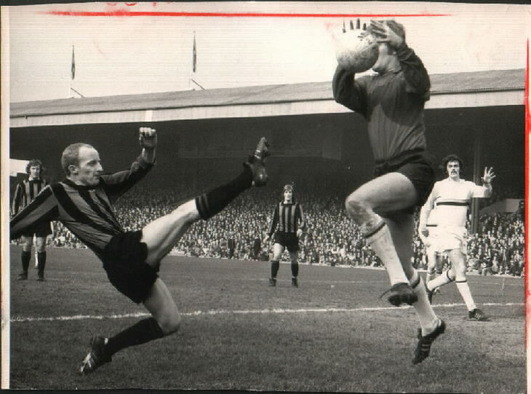 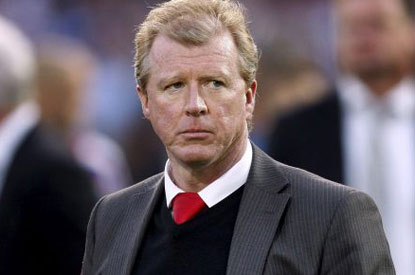