Back in October Celtic and Neil Lennon peered over the edge of the precipice when they were 3-0 down against Kilmarnock at Rugby Park. On the half time whistle the fans made it clear they were unhappy but, most importantly, they did not turn on their manager or his players. The impressive comeback that day was partly due to the fans’ response and their backing during that difficult period was vital. Had the fans turned on Lennon and the players then that comeback would not have been remotely possible.

This loyalty, as in 1980, has to be rewarded. Nothing would be more fitting if the current Celtic team bring the SPL trophy back to Paradise. As the media were gleefully writing Lennon’s obituary it was the supporters who lifted the team and helped them to save the day.

Bob Paisley told him that he should choose a playing system and stick by it at all costs no matter what happens.

Ron Saunders said that discipline was of the utmost importance and that the players should know who is boss at all times.

Lawrie McMenemy said that he should get the local press on board and that good PR was absolutely vital.

John Lyall said that the most important thing was getting your back room team right and having people you can trust all around you.

Cloughie ? His advice to Bobby was that he should refer to him as ‘Mr Clough’ next time he called and not to call him ‘Brian’ !

I don’t know if Neil Lennon turned to anyone for advice but he deserves great credit for turning things around since that testing trip to Rugby Park in October.

We’re not out of the woods yet though and this is the time of year when results are vital to any side chasing a league title.

The players have a moral obligation to repeat the success of 1980. Those magnificent Celtic fans deserve nothing less. 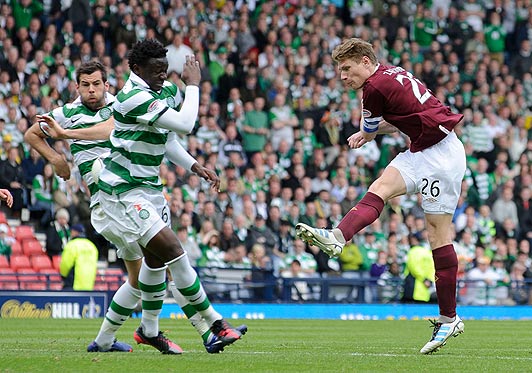