For many a year I stood

I carried many a load

Across the way from Celtic Park

And when the fans approached me

They all would raise their eyes

They knew when they came near me

They were close to Paradise

And I’ve seen every manager

From Maley to McStay

The men who led the way

The players’ names all are legion

To bring honour, fame and glory

To the colours green and white

They fought through thick and thin

McGrory of the golden head

In the year of sixty seven

When came forth the European Cup

With the fans in seventh heaven

On their sideboard they can show

And nine League flags in a row.

The fans will loudly sing

As they cheer McGrain and Nicholas

Burns and Provan on the wing

So now my task is over

Good luck, thanks for the memories

From the bridge o’er London Road

I was long an advocate of building a statue in memory of the great Jock Stein. Years ago I would argue with friends that it should be one of him holding the European Cup and on European nights it could be lit up and be seen shining from Bridgeton Cross.

On Saturday Eddie and the Human Torpedo were at Parkhead for big Jock’s statue unveiling. They were kind enough to invite me but I couldn’t get along for the ceremony which was disappointing as this was to be a fine occasion when the Celtic family all came together.

When I got to the game with Junior we had a look at the new monument. It sits in perfect symmetry with Brother Walfrid and Jinky and we now have a truly impressive entrance to the stadium.  Someone commented that the statues are now Celtic’s ‘Holy Trinity’ which seems quite fitting.

It struck me that Jock represents the great Celtic past and that Junior alongside me represents the Celtic future. Stein’s legend will long live on in the hearts of Celtic supporters and for my Bhoy and future generations those statues will become popular landmarks and meeting places just as the old bridge was to us years ago.

The Celtic board have received a great deal of criticism recently, not least from me. However, on this occasion they are to be congratulated as that statue is truly magnificent.

They really have done the ‘Big Man’ justice. Well done to all. 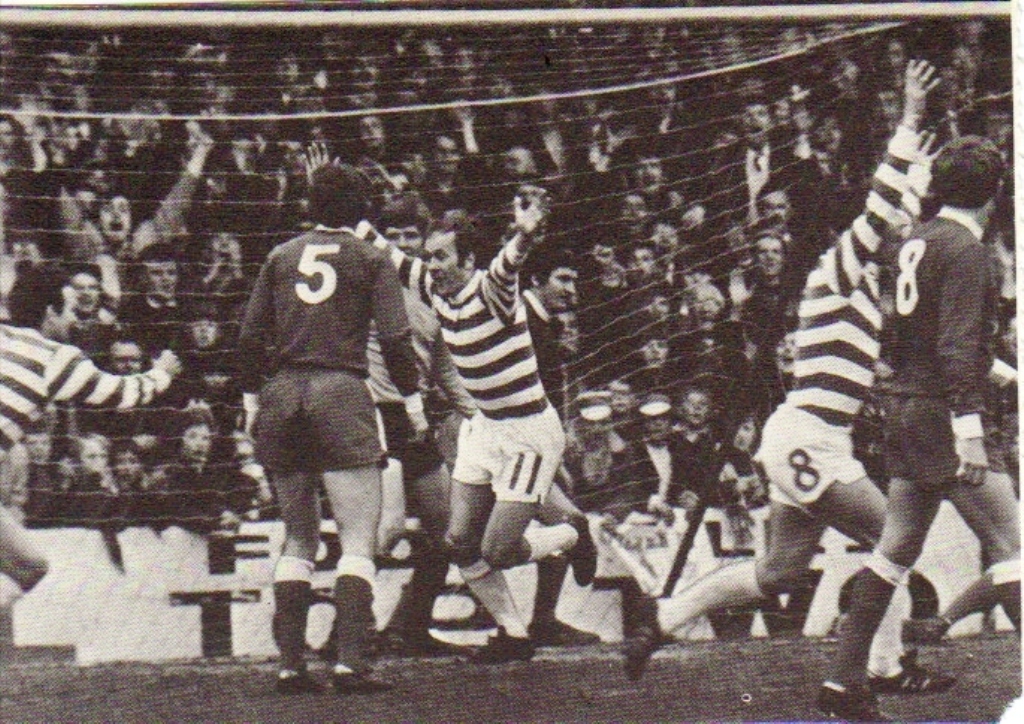