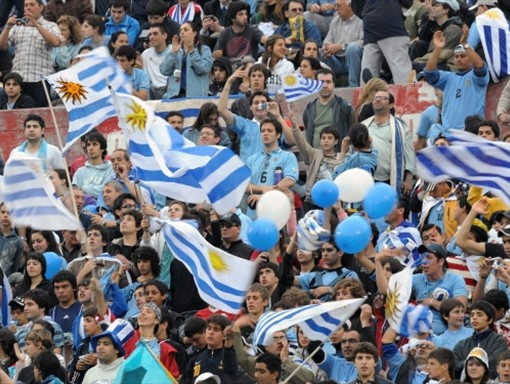 Uruguay’s footballing history is remarkable. This will be their eleventh World Cup finals appearance, of which only on three occasions have they failed to make it out of the first group stage. The country has reached the semi-finals in ’54 and ’70, and has of course won the trophy twice, perhaps most famously in what has subsequently been termed the ‘Maracanazo’, winning the final at the Maracana in Rio de Janeiro, in front of more than 200,000 expectant Brazilian fans. Furthermore, they were effectively world champions on two more occasions, having won the Olympic tournaments of 1924 and 1928 respectively, prior to the inception of the World Cup two years hence. Uruguay has a similarly illustrious history within South American competitions. Along with Argentina, they have won the Copa America the most times of any country, on 14 occassions. Brazil lags behind with just 8 Copa America titles in comparison. So with a population of less than three and a half million, how can their success be explained?

Tim Vickery, columnist for the BBC website and World Soccer magazine, claims the their initial global dominance lies in Uruguayan poltical advancement at the beginning of the last century. He writes that their success ‘was the product of enlightened social policies in the country at the start of the 20th century, where Uruguay attempted to replace the feudal hierarchies so common in South America with a prototype welfare state.’ As a consequence, Vickery argues that this enabled Uruguay to select their players from a wider range of social and racial groups within the population, in comparison to other countries at the time. This resulted in Uruguay pioneering the use of players of African descent long before Brazil, with their much larger Afro-Brazilian population, for example. Uruguay therefore benefitted from the talents of players of African descendancy such as Gradin, Andrade and latterly Varela, at a time when their counterparts in Brazil were being neglected.

This argument may have a lot of truth in it, but it also ignores the fact that even with a wide and diverse range of social and racial groups to choose from, the number of players that Uruguay could choose from was still dwarfed by those of neighbours Brazil and Argentina, as well as European nations such as England, France, Germany, Spain and Italy.

Over the next couple of days in Montevideo, I asked numerous locals for an explanation to Uruguay’s success and was given a variety of answers such as ‘Uruguayans being just naturally better sportsmen’ or that ‘Uruguayans were more obsessed with football than any other nation’. Neither of which were very convincing answers, but the latter seemed to have a bit more truth to it, as Montevideo seemed absolutely engrossed with football, albeit just a couple of days before their opening World Cup fixture.

Onto Friday, the opening game between South Africa and Mexico seemed to be largely ignored by Uruguayans, who were far too busy preparing for their own match against France and apparently competing with each other to see who could wear the most sky blue. The France – Uruguay game criticised elsewhere as being dull and uneventful, seemed anything but that whilst watching it in one of the many packed out bars in Montevideo. Perhaps as with many Old Firm games, although not a lot happened, due to the tension and excitement generated by the fans (at least in the bar) made the game gripping. Every decision against Uruguay, be it a throw-in or goal kick, was greeted with claims of bias by the locals in the ‘La Chivlandia’ bar. Every half-chance for France was accompanied by the Uruguayan commentator screaming, ‘Mamma Mia, Santa Maria!’ in an enjoyably, overly dramatic manner.

As the game ended level, I asked the guy sitting next to me, Alejandro, for an explanation of Uruguay’s disproportionate success. He answered, ‘We know it is possible to be the best. We’ve done it before-twice! If we have already done it, why not again?’

Leaving Montevideo to return back to Buenos Aires, I was both envious and impressed with their self-belief and high levels of aspiration. Back home we claim it to be nothing short of a miracle if either Celtic or Rangers qualify from a Champions League group. Increasingly we seem to concede that due to our small population, it would be nigh on impossible for the Scotland to qualify for any major competition, never mind have any sort of success in it. Meanwhile, Uruguay of just 3.5 million people can excel, drawing with France (65 million), hammering hosts South Africa (49 million) and comfortably beating Mexico (111 million) to top their group with seven points and not even a goal conceded. Tomorrow, they face South Korea (50 million) in the second round, with the prospect of playing either Ghana (24 million) or the US (310 million) in the quarter finals. And yet, little Uruguay is the favourite to reach the semi-finals, for what would be their fifth time. Whatever the reason for their success, it is truly remarkable. 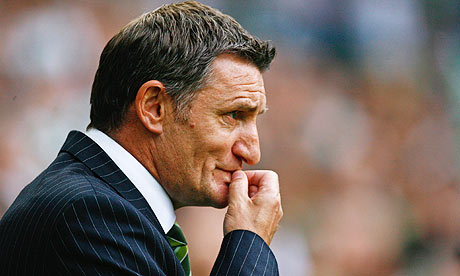 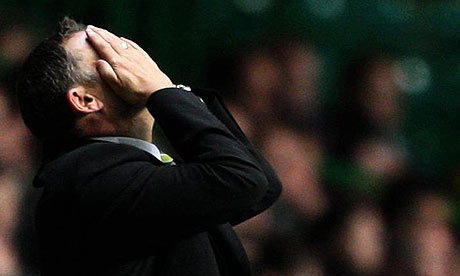