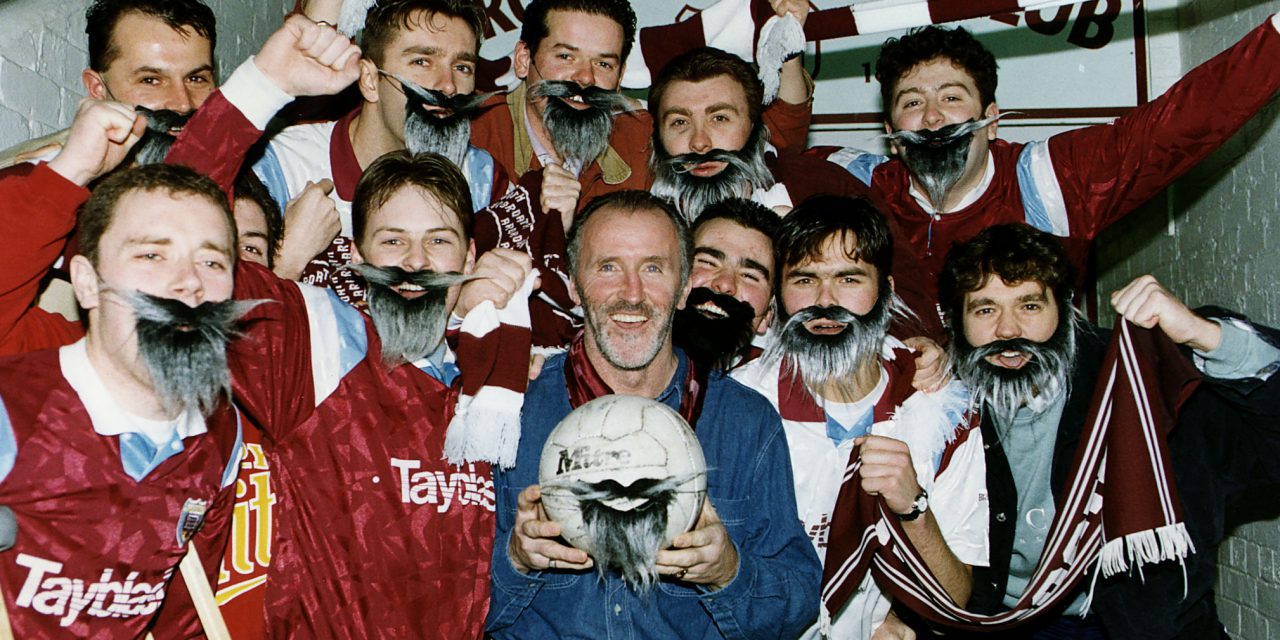 Liam Brady was in the third season of his tenure as Celtic manager in August 1993 when, on a pleasant summer’s night, the Celtic support travelled to the picturesque setting of Gayfield Park in Arbroath for this League Cup second round tie.

This game was special occasion for an all-time Celtic great. Danny McGrain had recently been appointed as manager of the Red Lichties and when the draw was made there was much press coverage regarding Celtic taking on a team managed by the man who had already been granted legendary status by the Celtic fans and football observers in general. The Arbroath fans had taken Danny to their hearts and they called themselves ‘Danny McGrain’s bearded army’ in view of Danny’s trademark facial hair.

A few months previously Danny’s Arbroath charges had put up a spirited display against Rangers in the Scottish Cup before going down 3-0 at Gayfield in a fixture where Rangers full time training had taken its toll late in the game. Celtic, who had lost cup ties to Airdrie and Falkirk in recent seasons, were perceived as being vulnerable to a shock result. Although the Celts were unbeaten in their three opening league games, they had drawn all three in fairly mediocre displays. The media were convinced there was high chance of a giant killing result. A friend of mine used to buy the Glasgow Herald around this time, and although I genuinely can’t remember his name, one of the Arbroath players had been particularly noisy in the Herald that Arbroath were going to beat Celtic.

For the record Celtic lined up on the night with Bonner, Boyd, Wdowczyk, Grant, McNally, Galloway, McGinlay, McStay, McAvennie, Nicholas and Collins. Looking back, that is a fairly strong and experienced line up and Celtic should have been performing to a higher standard with that calibre of player. In view of this, it was no wonder that Liam Brady was now under pressure due to the poor results achieved so far.

For his part, Danny McGrain said he was looking forward to being reunited with his old mates from his time at Celtic such as Paul McStay, Charlie Nicholas, and the club’s faithful physio, Brian Scott. Sadly for Danny, this was to be one of his worst nights in his professional career. At the beginning of the game, as he took his place on the Arbroath bench, the Celtic fans had loudly acclaimed his arrival with the familiar cry of ‘Danny, Danny, Danny McGrain….Danny…. Danny McGrain!’ in salute of their old hero. The great man stood up to acknowledge their salute and waved towards them.

Arbroath had competed for five full minutes before Nicholas opened the scoring after being sent up by his strike partner, Frank McAvennie. Nicholas had to hobble off shortly after this with injury and his replacement, Andy Payton, was to do alright for himself. By half time the game was done as a contest as Pat McGinlay, McAvennie and Payton gave Celtic a 4-0 lead at the break.

Pat McGinlay was impressing the Celtic supporters after his recent move from Hibs and he assisted McAvennie and Payton with further goals as the game turned into a rout. Centre half, Mark McNally, came up for a rare goal to make it 7-0 before McAvennie and Payton each completed their respective hat tricks to make it 9-0. With almost the last kick of the ball, Tindal scored a consolation for Arbroath. Scant consolation at that and it finished 9-1. The Celtic fans had roared their approval throughout in the bright sunshine and it was a very unusual feat to see two Celtic players score hat tricks in the same match.

This must have been one of Danny McGrain’s most uncomfortable experiences in football. This was to be Arbroath’s biggest ever defeat and was embarrassing for a proud club who hold the record of having Britain’s biggest win, courtesy of beating Bon Accord 36-0 in 1885. However, after the game Danny was magnanimous and wished the Celts good luck in the next round.

Sadly, Danny wasn’t to last long at Arbroath and, for the record, Liam Brady wasn’t to last much longer at Parkhead either. He resigned exactly six weeks later after an ignominious 2-1 defeat to St Johnstone at McDiarmid Park had brought his reign as Celtic manager to an end. 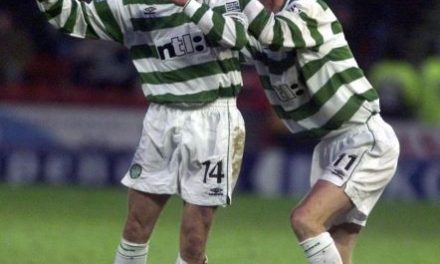