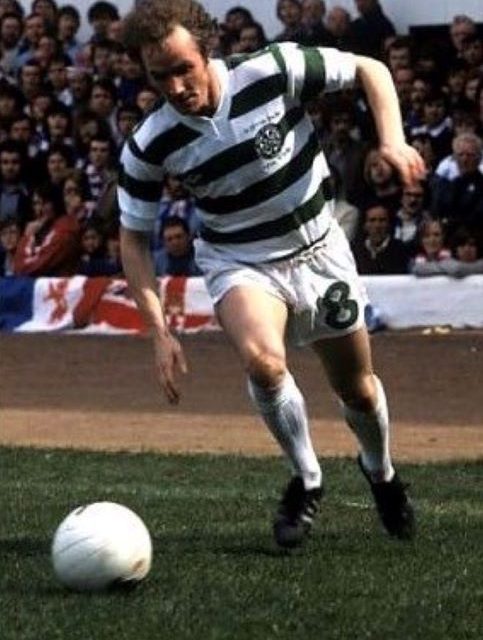 One of the saddest anniversaries in the Celtic calendar is October 19th, which marks the sad passing of John Doyle back in 1981.

Those of us who were around at that time will always recall vividly the moment they heard the news. For me, it came through the medium of Radio Clyde’s morning news as I awoke for school and this was confirmed when my dad came back from the newsagents with the Daily Record. It was all so difficult to comprehend as John was a larger than life character who was dearly loved by the Celtic support. And so young at only 30 years old.

I had the privilege of talking to a few of the Celtic players from that era for a previous book project. Naturally, the subject of Johnny Doyle was discussed. Dom Sullivan, by all accounts a decent joiner, was helping Johnny with a loft conversion in his Kilmarnock home. Dom is still haunted from the advice he gave John just days before he died – ‘Remember if you need any water or electric work, then always get a tradesman to do it properly.’

Sadly, John didn’t take Dom’s advice. It was unknown to John that there were two electrical currents running into his house, a practice which has now been made illegal in house building and it was while working on the electrics in the loft that John lost his life. Several Celtic players told me of how they rushed through to Kilmarnock in the early hours to comfort John’s family and also to try to come to terms with the shocking news. It’s worth remembering that for all the adulation the fans had for John Doyle as a Celtic idol, that he was a loving husband and father, first and foremost.

The Princess Diana-fication of bereavements had not yet taken place in 1981. There were no scarves and jerseys left outside Parkhead in public tribute to Johnny Doyle but a more solemn remembrance. At school in St Gerard’s in Govan we prayed for the repose of John’s soul, something which would have been repeated in schools across the west of Scotland. Candles were lit in churches throughout the country and masses offered up in his memory. Four days later Celtic travelled to Easter Road where there was a minute’s silence in tribute for John. Sadly, there was an element of the Hibs’ support in the big enclosure who let themselves down that day by disrespecting the silence which led to a hail of missiles being aimed at the culprits from the Celtic fans’ area in the said enclosure. It would be another two weeks before a more fitting remembrance was held in John’s honour before the game against Aberdeen at Celtic Park, where it was clear that everyone, fans and players included, were still in a state of shock. It is to the credit of the Celtic players that they were able to continue playing in such difficult circumstances. In modern day football there is no way these games would have gone ahead.

All the major Scottish clubs were represented at the funeral in Kilmarnock. Rangers’ players looked devastated just as Celtic players had been three years earlier, in 1978, at the funeral of Bobby McKean of Rangers who had also passed away in similarly tragic circumstances. McKean was even younger than Doyle. A friend of my dad’s was at the funeral service and was sat near Alex MacDonald, who was then a Hearts player. Doyle and MacDonald had enjoyed running battles on the park for years whilst representing Celtic and Rangers respectively and no quarter was ever asked or given. MacDonald was genuinely moved as he sat through the service in remembrance of a respected opponent despite all the Old Firm media hype. The irony had been that Hearts had tried, unsuccessfully, to sign Johnny in the summer of 1981, or he and Alex MacDonald may well have been team mates.

There is one football related thing which always frustrated me which was to happen at the end of that season. From March 1982, Celtic had a considerable injury crisis in the forward line with Charlie Nicholas and Frank McGarvey breaking legs and Davie Provan also being out for a long period. Clubs did not carry big squads in those days so Celtic were down to the bare bones with a young Danny Crainie coming in for a run in the team and scoring seven important goals which narrowly gave Celtic the title, for which he will always be commended. Had John Doyle been around then he would have been the ideal replacement for those injured Celts and this would well have been another chapter in his successful Celtic career.

These days it’s quite unusual to see ex Celtic players at Parkhead for Celtic games, whatever the reasons may be. There is no doubt that had Johnny lived he would have been a regular visitor at Celtic Park, happily mixing with the supporters and shouting on the Celtic players.

38 years may have passed but Johnny Doyle is still fondly remembered. May eternal light shine upon him. 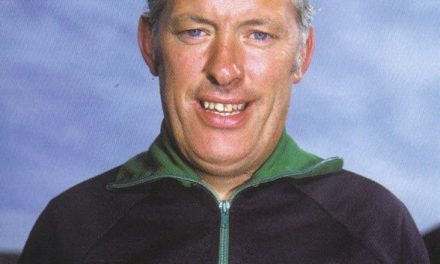