The potential issues that surround this list of possible offences are significant. For example, the fact that offensive behaviour applies to matches not just in Scotland will surely open a hornets nest of legal and judicial quandaries. What would happen if offensive behaviour took place at away European matches? How would punishment be dispensed or indeed even merited?

The absence of domestic property in the section where matches are broadcasted are an interesting omission especially considering the frequent publishing of domestic abuse figures after Celtic-Rangers games. Surely the writers of the bill would consider domestic abuse as offensive or threatening behaviour and it is certainly not inconceivable that some of this domestic abuse would have sectarian overtones?

The Scottish mainstream media’s love-in with the ‘Tartan Army’ will also be surely put to the test if their now famous levels of xenophobia are displayed (especially if Scotland’s opposition on any occasion is England). Scotland fans, for example, roundly booed ‘God save the Queen’ at the Nations Cup tournament in Dublin before the summer. Would this behaviour bring punishment for Scotland fans? If so, how?

The biggest variable within this whole ‘rap sheet’ however is that it will be up to the police, at any individual incident, to judge what is “expressing or inciting religious, racial or other forms of hatred” and/or “threatening or offensive behaviour”. How will levels of consistency be maintained? What will happen if they are not?

Nevertheless, the bill is not without some merit.  The ‘Threatening Communications’ section is a measure that has needed to be taken for some time now as the internet and technology has expanded rapidly. Under the bill “his offence will strengthen current law covering threats of serious harm and criminalise threats inciting religious hatred. It covers:

With the increase in ‘keyboard hardmen’ and dedicated facebook pages that support the inflicting of harm and violence on certain individuals, nobody should be under the illusion that these particular measures are not necessary. Due to the nature of the internet (and social networking in particular) , the lack of standards of decency has seen a growth in the perception amongst people that offences in cyber world are not subject to the same legalities as the real world. Nevertheless, the clause that states that certain behaviours would be reasonable in an artistic context needs more clarity. again it will be up to the individual police officer investigating that certain event or incident to decide whether or not the was reasonable artistic expression!

Coupled with the confusion and lack of clarity within potential offences has been the arbitrary choice of ‘expert consultants’. The consultation experts that the architects of this proposed bill have approached have ranged from the expert to the celebrity. This was typified by the inclusion of journalist Graham Spiers and ‘pundit’ Pat Nevin for reasons as yet unclear. In their summations, both Spiers and Nevin (in particular) appeared to direct any blame, and lack of action, on sectarianism onto Celtic and Rangers without any attempt at contextualising the problem (i.e. demonstrating the problem as a nation wide one as opposed to simply an ‘old firm’ problem) and ignored any possible responsibility that regulatory bodies may have had in perpetuating the problem e.g. SPL or SFA. For example Mr Nevin told the committee: “Whatever we do, I want to make it [sectarianism] culturally unacceptable and legislation may be needed to do that. I feel that a number of people feel there isn’t a problem [sic], they say ultimately it is something you let Celtic and Rangers get on with it, it will be sorted, Uefa don’t agree with that. I hope that good legislation can go through.” Mr Spiers, who said that as a child he supported Rangers, said some supporters liked the “old offensive, bigoted chants“. He told the committee: “Supporters in private like the songs, but in a public forum they don’t want to admit it. Fans have been pulled kicking and screaming into this debate“[iii] There was no specifics or definitions mentioned nor were there any possible solutions highlighted by these speakers.

Compare these shallow contributions with the intellectual vigour and criticism of Professor Tom Devine, who warned the bill could be “counterproductive”. He said the main “difficulty” police, prosecutors, sheriffs and juries will have will be within the definition of “offensive behaviour”, a term which he suggested covered much more than sectarian attacks. “I can’t define what is offensive. Offensiveness is in the eye of the beholder…You’ve continuously asked witnesses throughout this process to define what this means and intellectually the answers have been unconvincing.”. He said it was “inevitable” that people will fall foul of the new legislation who do not regard their conduct as criminal and who would not have breached existing laws. He also said the legislation encroached on legal areas that are “particularly controversial, ambiguous, and the legal process will perhaps end up looking like an ass…The original legislation of 2003 in relation to some of the issues that confront you is perfectly adequate.” In Professor Devine’s opinion, the main problem was lack of enforcement by police at football matches and that the only loophole needed to be fixed by the new Bill was offensive behaviour in electronic form, such as email or posts on football websites.[iv]

The speed at which this bill consultation was completed at was also un-nevering and has drawn high-profile  and expert criticism. For example, the Glasgow Herald stated in a recent editorial that “Sound legislation must be evidence-based. Yet…the Scottish Government has failed to publish the figures about sectarian hate crime accumulated over the past eight years, adding to the suspicion that this would reveal most of it is directed against Catholics. Certainly action is required on internet hate crime but, in the absence of empirical evidence, would the ends of justice be better served by simply enforcing current anti-sectarian legislation more rigorously? Or by marginally widening the definition of breach of the peace to make it easier to target rabble rousers at football grounds?”[v]

Bill McVicar, the convener of the criminal law committee at the Law Society of Scotland, also stated in The Scotsman that: “With the threatening communications element of the new bill, our view has been that it does not add to the law, as to make threats to anyone is already an offence in common law. We recognise something needs to be done about these issues, but not new legislation – rather better enforcement of existing laws.”[vi]

Leading sociologist Stuart Waiton, wiriting for the ‘Free Society’ website was also highly critical of the make up of the bill as well as media reporting of sectarianism itself: “Reading the bill one would think that Glasgow was a place of virtual tribal warfare. However, the very fact that the concerns raised are almost entirely related to Celtic and Rangers actually undermines this idea. If sectarianism were a serious issue and social force in Scottish society, then chants, abuse and even the occasional fight at a football match would be seen as pretty insignificant to the wider problem…the notoriety of ‘sectarianism’ increasingly looks like something that is kept alive less by bigots themselves than by a political and media class who use it as a form of pornography – something to get off on while grandstanding and looking important, standing tall against this straw man that is such a ‘blight on Scotland’s national game and upon Scotland itself’.[vii] He also stated in a different article that the bill itself was as a “snob’s law” that would effectively make any sort of unpleasant behaviour at football matches a crime and that the legislation could be construed as an assault on free speech. He said: “Tolerance does not mean we are ‘non-judgemental’. It is all about judging. We should say what we think about one another, about what their fans and what our own fans are saying. That is what a free, tolerant society is all about. Genuine tolerance means we judge, say what we think, but also accept that others who we disagree with must also have that freedom without the threat of arrest.”[viii]

Ultimately, the SNP have proved to be dreadfully reactive in regards to anything regarding sectarianism. Absolutely no measures were taken to combat sectarianism in any way during the SNP’s first term in office and it took a massive media over-reaction to a bad-tempered (but not violent) Celtic-Rangers game to actually spur them into action more recently albeit in an unsubstantive and shallow manner.

As one message board contributor has outlined: “this discussion is the result of politicians recoiling in horror at what happens at and around football games in Scotland, asking themselves how things can be thus in the twenty-first century and not really liking the answer very much. It is extremely unpalatable…It’s far easier to insist that both sides are as bad as each other and that it’s confined to the west of Scotland…Yes, it’s about religion, which a lot of people prefer not to talk about, but it’s also undeniably linked to football, which we all like to talk about.”[ix]

The SNP’s aims and objectives regarding this legislation are also unclear and there is realm of thought that proposes that, such was the scale of the most recent SNP electoral victory that the ultimate SNP goal of independence is very attainable. Therefore the new preoccupation of the SNP government is to try and keep the electorate sweet for 4 more years and any major controversy which has the likelihood of splitting the population should be kept a lid on.[x]

I stated in a previous piece that “The SNP took over as the Scottish Government four years ago and, under their term in office, have allowed bigotry and sectarianism to run wild. No attempts have been made to deal with bigotry by the SNP and the height of their involvement was a media-friendly summit that was big on publicity and short on substance and measures. We are still awaiting the SNP ‘master-plan’ to deal with bigotry and, in the meantime, we have had the justice minister Kenny MacAskill commend the marvellous atmosphere of the league cup final – a league cup final littered with numerous renditions of ‘no pope of Rome’, the ‘famine song’, and the ‘billy boys’. The SNP need to up their game significantly over the coming period to avoid any ‘absent landlord’ comparisons with their previous term in office“.[xi] One can reasonably surmise that the SNP have not raised their game in the slightest. Instead, we appear to be heading for the imposition of, not just bad legislation but, knee-jerk, ill-conceived legislation. What would we have expected in reality though? The entire premise for the SNP’s approach to sectarianism appears to have been a bad-tempered football game. I hope for the sake of the rest of us that the remainder of the SNP’s manifesto is not based in such similar superficial reasons.

I will leave the last word to someone who experienced his fair share of the law, and law-makers, failing to discharge their responsibilities and duties correctly:

Law and order exist for the purpose of establishing justice and when they fail in this purpose they become the dangerously structured dams that block the flow of social progress. 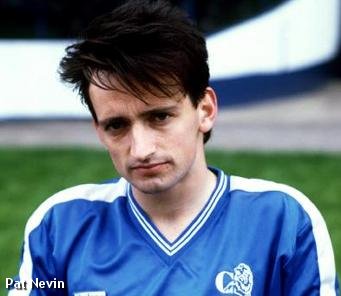 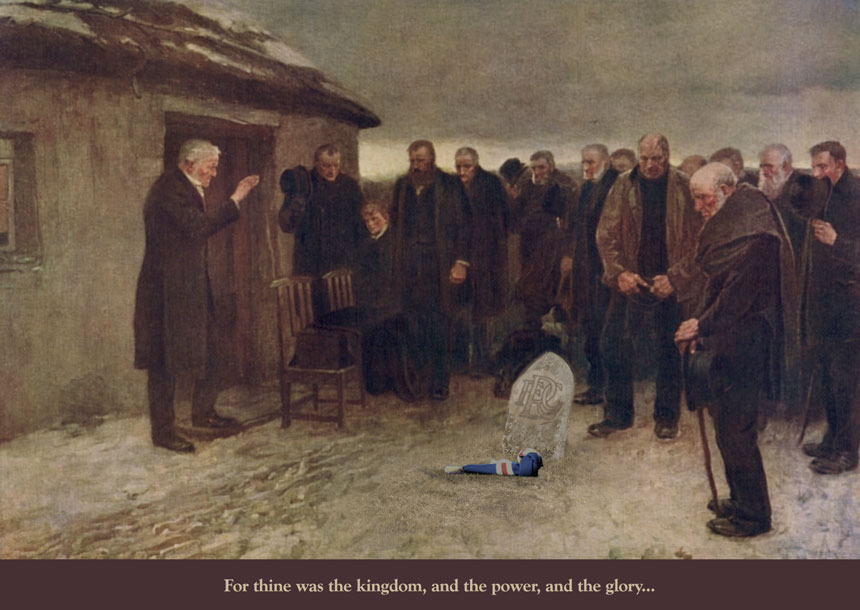 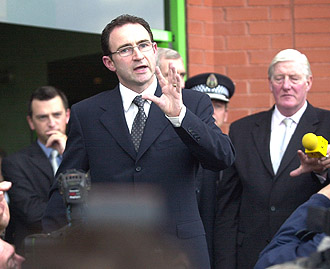 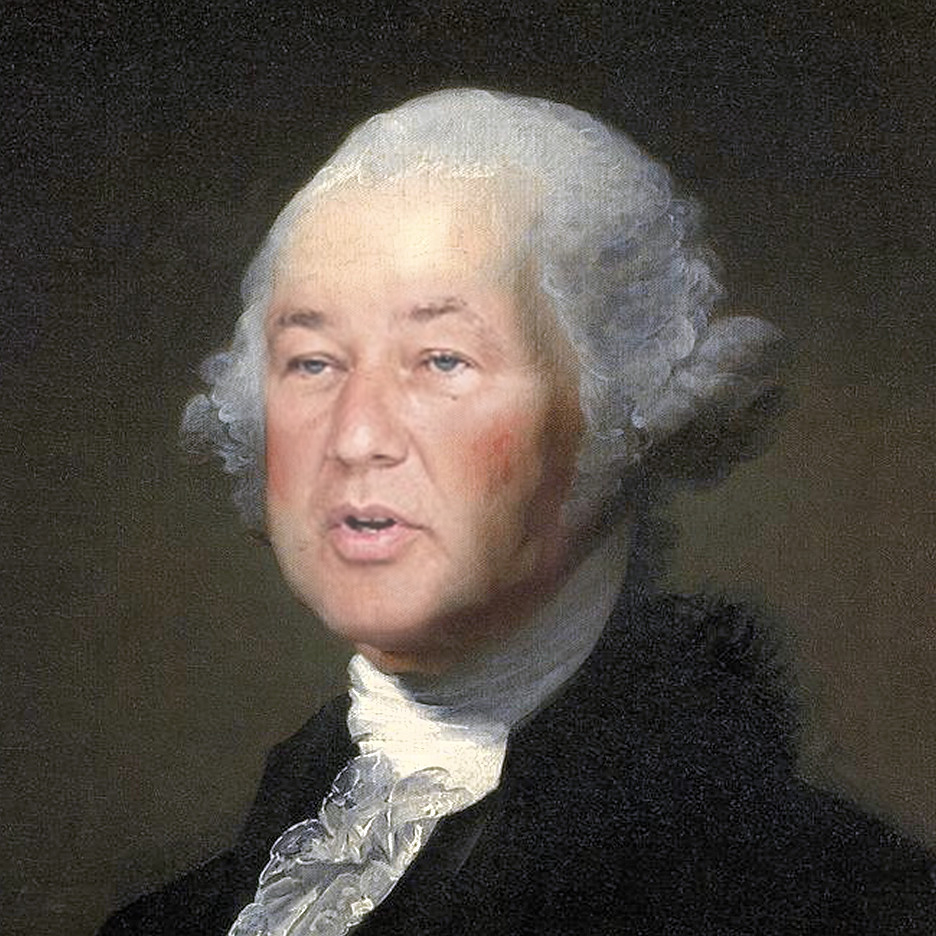