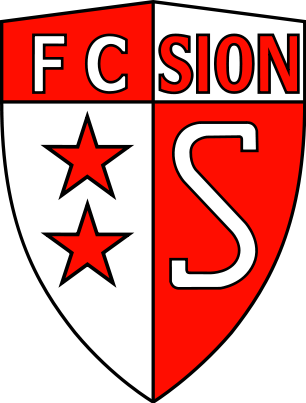 So, it is the Swiss side FC Sion who were paired with the Celts. A side with a wonderful pedigree in Swiss cup finals – 12 wins from 12, a world record – they have also won the domestic league on two occasions. With Braga and Utrecht fresh in the consciousness, cliché’s about not taking any team for granted can be uttered until they are devoid of all meaning. History counts for very little within the confines of the present, but on current squads, Celtic should be beating FC Sion over two legs. Any team that contains an ex Hearts liability in Jose Goncalves can be exploited at the back, whilst the incumbent of the number 9 shirt is a young Serb-Swiss striker who never played a game in two years for Derby County (thanks in part to having to complete his national service) and spent spells on loan at Northampton and Yeovil before joining FC Sion.

Here’s a question though: Does it matter if Celtic progress to the Europa League group stages? The quality of Roma, PSG, Lazio, PSV and Schalke, in addition to those dropping out of the Champions’ League group stages, arguably means that celtic will not win the competition. One argument could be that the league is the only priority this year, a prize that has to be claimed at all costs. On the other hand, people could suggest that if the league is the only priority should the team even board the flight to Switzerland? The 2003 team were not one of the favourites to progress, but embarked upon a wonderful journey. That’s the beauty of European competition. It’s great for the fans who can afford it to travel to far off cities to see their team, but it is even better for a team with a rich and dynamic history to show that it still has relevance beyond its own tarnished domestic game. Sadly, the bigoted bunch from Govan showed that a European run post-Christmas does not equate to a stuttering league campaign, so Lennon should lead his team without fear. Having proven on countless occasions that his team can handle the supposed big games that only seemed to have size issues in the aftermath of defeat, he now needs to conquer a long standing fear of winning away in European competition.

Too much has been made about the decision to switch the legs around and play the home tie first. Excuses should not be made in anticipation of defeat. In 2003, Celtic produced wonderful results by playing the away legs second. Whilst this has no impact on what happens in 2011, neither does the order of the ties. With the Utrecht hangover still sore, it is just as quick to point out that the Braga tie saw a woefully inept Celtic side play away from home first. It doesn’t truly matter, and if the team is prepared in the right manner, Celtic should progress. The argument as to whether, in goal and in defence, the team is good enough for European competition, is a more pressing concern.

For all Rangers like to boast about being the most successful club side in the world, deep down they know that their five stars merely serve as a reminder to all the unsuccessful attempts of winning the big European trophy. Their Cup Winners Cup win is like comparing Chocolate Fudge Brownie ice cream to frozen shit. Although Celtic fans must be realistic in knowing that the club cannot dine at the top European table yet, the Europa League is a great substitute and one that will be the true test of this Lennon side, a year older and far hungrier to succeed. It’s only a 14 hour drive to Sion for me, so I’ll hopefully see you there. Hail Hail.