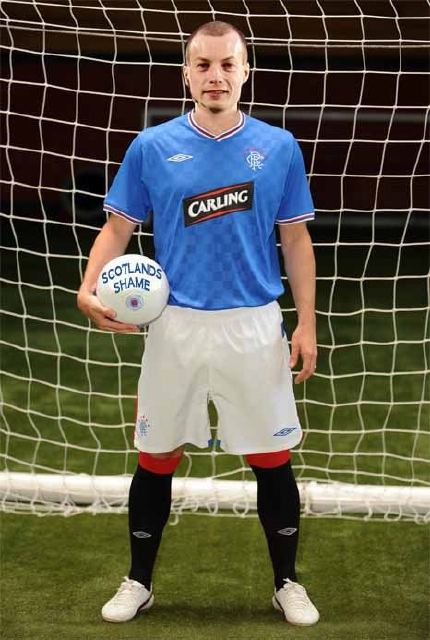 For anyone who lives on the moon or spent the past few years (heck the past 100 years) living in a bio-dome, or spent almost their adult life in solitary confinement, it has become more and more readily apparent that the media have, and possibly always will, present a bias against Celtic, not necessarily a pro-Rangers bias (which an anti-Celtic attitude almost certainly always results in) but a bias against a predominantly Catholic club and the community that it belongs to.

The Dallas email scandal – Dallasgate (as lazy, cross-eyed, so-called “journalists” have happily labeled it) and its subsequent fallout was a prime example of Hyperreality being played out in the mass public consciousness, initially pandered to the hungry, ignorant masses primarily by one James Traynor and carried by his cronies Keevins, Young et al.  Everyone who reads this article knows how the events played out so I won’t go into detail here, but the media’s spin on Dallasgate was one of the utmost gall and blatant bias seen in modern times, so much so that foreign media began to report on it, running with the Scottish Media’s line and blaming ‘death threats to referees’ as the reason for the resultant ineffectual referee’s strike (to which no-one ever really clarified the actual demands of the strike).  The glorification of Rangers and the ignorance surrounding the sordid clubs internal decay and collapse is yet another example of Hyperreality.  Even with the stadium crumbling from its foundations up, the team looking like they may begin to flounder in a sea of mediocrity and an increasingly bewildered manager proclaiming one week that the “bank are in charge of the club” and the next week that “The bank aren’t in charge of the club”, we are told via print and broadcast that everything is rosy at Ibrox, that they are definitely not in administration, that the stadium is fine, that their defence is hewn from solid rock and is tighter than Peter Lawwell’s fist.  Except we who have forsaken the traditional ‘old’ media for the new and improved ‘new‘ media  all know that none of the above statements are true.

In Manufacturing Consent, Noam Chomsky explains that the media, regardless if it is state run or owned by a private corporation, always has an agenda.  Whether they have their agenda set by the head honchos, by the advertisers whom they rely on for their income or their corporate masters, the truth is never reported as it happens, it is always filtered, always corrupted by the media outlets spin. This occurs on a world scale and as humanity takes its tentative steps into another decade of the 21st Century it is becoming more and more apparent that our global news is almost wholly controlled by one man.  Rupert Murdoch.  The slander and witch-hunt (with resultant conviction) that the News of the World recently ran against a well known ex-socialist politician was an absolute disgrace, not to mention illegal (phone tapping, bribing witnesses…allegedly).  It proves his power goes beyond that of a media magnate, reaching into the political arena and further down into far grubbier and seedier places.  George Orwell is starting to look more and more like a prophet than a mere author.  The point of mentioning Murdoch is that he hates, despises, and wants to destroy, the BBC.

The BBC is supposed to be the British Public’s last bastion of fair and balanced programming…in England perhaps, where the socio-political divide is a class issue rather than a religious one.   In our poor wee bigoted country the BBC’s good name is slandered and smeared like faeces on a prison wall, used as a tool by one side of the religious divide to patronise, vilify and demonise the other.  In Scotland, the media, in particular print and radio broadcast media, is used as a propaganda tool in a religious war.  For most Celtic fans, we only really perceive the footballing side of things.   The way football is presented in Glasgow especially is at the crux of the matter.  Football is front page news.  Football is also back page news.  Both sides of any given tabloid are used to reinforce the Media’s agenda.  The good name of Celtic and its fans have been dragged through the mud in recent times (some will say it always has).  Football effectively used as a propaganda tool itself to pervade the social strata of Scots-Irish Glaswegians, it’s been used to reinforce the idea of protestant superiority, the feeling that Catholics are an underclass, unworthy of parity, of equality.  Football is used to distract the people from the real poison that lies at the heart of Scotland.  They’d rather have us argue and bicker over the weekend’s games than to think and rationalise and turn our attentions towards the bigger issues in life.

Ironically though, Football also acts as a microcosm of Scottish society, showing up the bigoted hordes as the rabid hate mongers they are in reality.  Football allows the common man to make the problems of society personal.  The divide between Celtic and Rangers and by extension, Catholic and Protestant, manifests itself in smaller communities, in the home, in the pub.  It goes from being a societal problem to an individual problem.  In many ways, making it a smaller problem also intensifies it, magnifies it, condenses it so that its seethes and bubbles beneath the surface, often erupting on some poor unsuspecting kid walking home from a football match wearing the wrong colour of shirt.

This is reality portrayed by a compliant Fourth Estate.  One that trivialises abuse and vilification of a religious and social minority, that passes it off “The Famine Song” as banter, indeed a media that revels and thrives on the act of sectarianism.  Take the very recent “Bulletgate” (only a matter of time – nudge nudge wink wink).  The Celtic manager and one of his charges are sent bullets in what is symbolically a death threat and yet the front page of every tabloid is a negative story regarding a Celtic player leaving his kid in the car to nick into Tesco’s for a bottle of vino.  This is Hyperreality.  This is reality shaped by them.  It’s their reality spoon-fed to the mewling, toothless masses.  The most galling part of it all is that we readily accept it as normal.  Read the following statement carefully.

It is abnormal, it is a monstrosity, and it is a crime against an entire people.  For us to sit back and readily accept this slander makes us as guilty as them.  But the question remains, why do the media continue to do this when we can all plainly see that they pedal lies and filth?

Perhaps BBC Scotland and its various brethren in Media that continually pander to the ‘superior’ protestant, Rangers-loving populace as deep down, somewhere it actually understands that it’s dying on its feet?  Scandal and bile are its only lifelines as in this paparazzi age the human mentality is for grandstanding gossip and the sensationalising of mere hearsay.  The indignity of these people knows no bounds.

But one bigger question remains.

Who’s viewpoint is the media being used to portray?

Who is the wizard behind the curtain?

Who is the puppet master?

Common sense dictates that it’s not idiots like Traynor, for all his bluster and puff he is nothing more than a pantomime villain and clearly is not powerful enough to control the whole shebang.  It’s clearly not David “Moonbeam” Murray (I will not call him sir) as once upon a time he had the laptop loyal eating from his grubby, slimy palm, but his star has waned, his time is over.  Who or what lies at the heart of all of the hatred?  Does it go higher than powerful politicians, media personalities and wealthy businessmen?  Has the media become like a corporation, set in its ways and consuming all in its way?  For corporations are greedy parasites, consuming, using the people who work for it like a rather large and shapeless intestinal worm.  Or is it more to do with the people employed by it, the people whose collective views shape its goals and outlook?  I believe this is closer to the truth.  For the media is indeed, like the theatre of football itself, a mirror image and a microcosm of Scottish society.

It is time for action, not words.  Now is the time we stopped reading and listening to the ‘old’ media and got together, stood our ground, thought for ourselves and began to question the function it serves in modern society, other than to create divides and cause strife to good people.