For all the faults that he may have as a chief executive, Peter Lawwell’s statement was forthright and powerful. This truly is Scotland’s shame, and it is high time that a nation that is on the cusp of a referendum on independence addresses the cancer eating away at its core, wishing to destroy innocent victims without care or justification. For years, wider Scottish society has adopted the playground bully approach, with its bizarre and unintelligible rationale for smearing an entire ethnic group. Oddly, in 2011 the country where both of my parents grew up reminded me of an incident that happened at work this very week. A student who had been bullied by several members of the class in another subject was in the process of being moved groups by the head of this subject. This move would have had an impact on my class too, and as head of my subject I argued that, why is it that the victim is the one being treated as the wrongdoer whilst the perpetrators are free to choose another target? Scotland, backed by its football clubs, football administration, mainstream media, and a large chunk of its population, is the instigator of anti-Irish racism, anti-Catholic sectarian, and a sense of ‘if you don’t like it, leave’ bullying.

So, where do we go? The easiest option is for the victims to move away, to England, to Ireland even, to a wider European league where Celtic will be judged on footballing merits, not the fact that the manager happens to be of a faith that somehow offends large facets of a contaminated country. Yet, this sends out the message that this constant abuse has finally made us crack. The bullies have won, the victims forced out to reconsider what once was. In practical terms, Celtic leaving Scottish football has its obvious obstacles. The away fans quite rightly argued against the 6pm kick-offs in Perth and Inverness; what about the 7.45 starts in Exeter, Wexford and Copenhagen? This is not necessarily the time to reflect upon the feasibilities, but as an esteemed predecessor of Neil Lennon once said, ‘football is nothing without the fans’.

The fabric of society in this once proud land, and by definition the structure of the football clubs, needs to alter beyond recognition. This is not a quick fix, sadly. Hatred and intolerance is learned over generations, a bitterness that manifests inside and claws away until an intolerable bruise appears, a visible reminder of the disfigured attitudes that permeate a nation. Alex Salmond needs to stand up to his electorate and issue a zero tolerance approach to racism and bigotry within his mist. Forget travelling down the safe political road where he wishes to reach out to so-called both sides of the nauseatingly titled ‘old firm’. If he offends thousands of bigots then good. History will judge him far more positively than the present may do. It is not a complex matter to state that attacking a football manager because he is an Irish Catholic is wrong, deplorable and unacceptable, and it is not a complex matter to state that sending explosive devices to the club and its workers is despicable and needs to be eradicated before Scotland becomes an even greater source of shame around the free-thinking world.

Scottish football needs Celtic, but at this moment in time Celtic Football Club does not need Scottish football. The only Scottish team to have; and the only Scottish club that will ever win European football’s greatest prize are subjected to a sustained campaign of hate for reasons that few are brave enough to admit, preferring to lazily label it as either a Glasgow or West of Scotland problem. If one fragment of positivity can emerge from the immoral events at Tynecastle, it’s that this issue can no longer be ignores, swept away or have ready-made apologists on hand to water down matters. The time for watering down hatred is long since over, as we see Scottish football drowning in its own intolerant past.

A championship that goes to the last game of the season with a point separating the top two clubs should be classed as a wondrous season, but it cannot be anything other than tarnished. Whatever happens, the issue is no longer about the title, it is about the man, the manager, the one who will never walk alone. Arguably, an unexpected success in spite of the animosity will see unbridled joy, but in the grand scheme of things, the real success will be the day that Celtic Football Club is no longer targeted for repeated attacks by cowards who seek to destroy the indestructible. In 2011, our greatest victory will be to no longer live in a world where our manager fears for his life just because of who he manages. This highlights the problem that Scotland needs to eradicate. This reiterates how shameful Scotland has truly become. We have now reached Endgame. 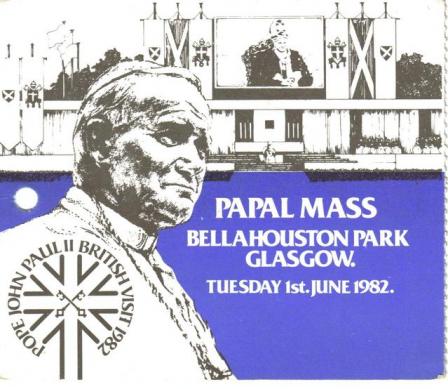