I understand that referee supervisor reports last season were altered following a review of TV evidence.  The manner in which this was done angered the SFA match officials and a revised system was introduced.  I have been told that this season, immediately following the match, the supervisor will inform the officials EITHER that there were no contentious issues and he’ll be compiling the report on what he saw OR that there is an issue that he wants to review of TV before finalising his report.

To me this system seems evidently sensible, how ridiculous to say a ref had a good game and give him 9 out of 10 when the next day TV might show that he made a terrible blunder, awarding Rangers a penalty when his back was turned to the incident!  Sensible but…why is the supervisor getting the benefit of TV evidence before arriving at a decision and the poor official isn’t?  But at least this system is above board, unlike the process I am led to believe was in place last term.

It has been alleged to me that last term supervisors were having reports sent back and scored through as “WRONG!”  with comments attached such as “How can you mark the referee in this manner when TV clearly showed…”  The supervisors were then creating new reports based upon a review of the major incidents on TV.  My understanding is (and not surprising based upon last season) that the majority of these re-typed reports involved Celtic games.

I do not know if there is a specific dossier in circulation but this information brings some issues to light, specifically in light of the incidents following the Dundee Utd game.

I was at many of these games and TV evidence vindicated my opinion that Celtic had been wronged.  Is there a culture within the SFA of sticking to the “party line”

Was this to illustrate that the supervisor had spotted the error hence demonstrating an “honest mistake.”

Was the official SFA opinion of match officials abilities was based upon just one man’s evaluation?

Did these altered reports minimise the obvious failings of officials and prevent others within the FSA from dealing with the problem?

Which clubs were most affected by the alleged need to alter supervisors reports?

If these alleged incidents were true, what else has been going on within the corridors of power?

Paul67 has taken up the baton on this matter and has been asking why the traditional press have failed to investigate these incidents.  Having not spoken with him I don’t know if he has a “dossier” or just knows what we know, his request that hacks simply “ask the question” implies the latter.  Whatever the situation is, these alleged incidents will no doubt bring other questions to the fore.  I can only stress that this has been written based on what I have been told by someone senior within the SFA but the people involved in this process had bosses.

George Peat did a sterling job with Airdire!  Will he take the SFA the same way? 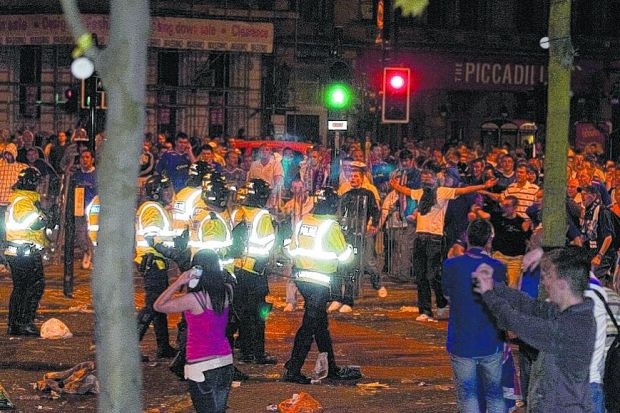